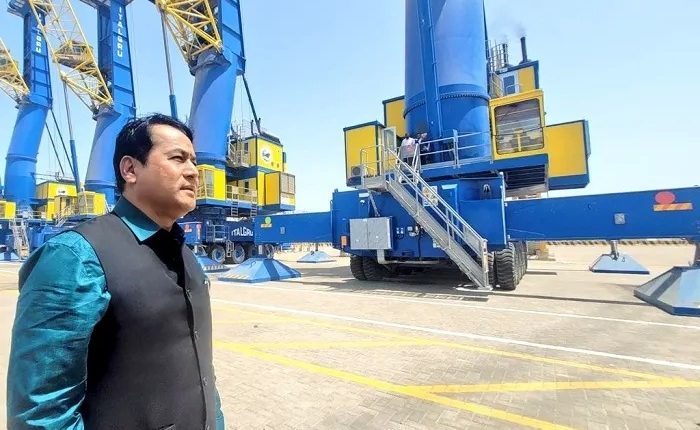 New Delhi: Iran has said that it is ready to sign a long-term contract with India on developing the Chabahar port in order to realise its true potential in the coming years.

Qasemi described India as an “important and big country” that can play an essential role in the transit of goods in the region. He also hoped that the relations between the two countries regarding investment in Chabahar port will materialise.

Sonowal referred to the cultural, historical and civilisational commonalities between Iran and India and reiterated the role played by Chabahar port, India’s first overseas port project, as a trade multiplier as it can reduce the route, cost and time of transporting goods in the region significantly.

He stated that the port’s growing potential as a swift, economical trade conduit between Central, South and South-East Asia, remains to be tapped fully.

If the full potential of the Chabahar is realised, said Sonowal, then it can not only become the gateway for Indian trade with Europe, Russia and CIS countries but also turn into one of the most important ports in the world in the near future.

During his three-day visit, Sonowal also visited Chabahar and met Iranian Vice-President Mohammad Mokhber. The top Iranian politician mentioned that the commercial exchange and transit of the International North-South Transport Corridor (INSTC) in the region will increase significantly due to Chabahar.

Sonowal told Mokhber that New Delhi is committed to expanding bilateral relations with Iran and will always stand by the country as it has done throughout history.

A Memorandum of Understanding (MoU) on recognition of Certificates of Competency in Unlimited Voyages aimed at smoothening the movement of seafarers from both countries was also signed during Sonowal’s visit.

Since then, the Shahid Beheshti port has handled more than 4.8 million ton of bulk cargo and continues to act as a catalyst to unlock the huge trade potential in the region by handling shipments and trans-shipments from various countries, including Russia, Brazil, Thailand, Germany, Ukraine, Oman, Romania, Bangladesh, Australia, Kuwait, Uzbekistan and the UAE.

India has also supplied six Mobile Habour Cranes (two with 140-tonne and four having 100-tonne capacity) and other equipment worth $25 million.

The port has also provided the much-needed sea access to landlocked Afghanistan with India supplying 75,000 tonne of wheat to Kabul as part of the humanitarian assistance programme, three years ago.