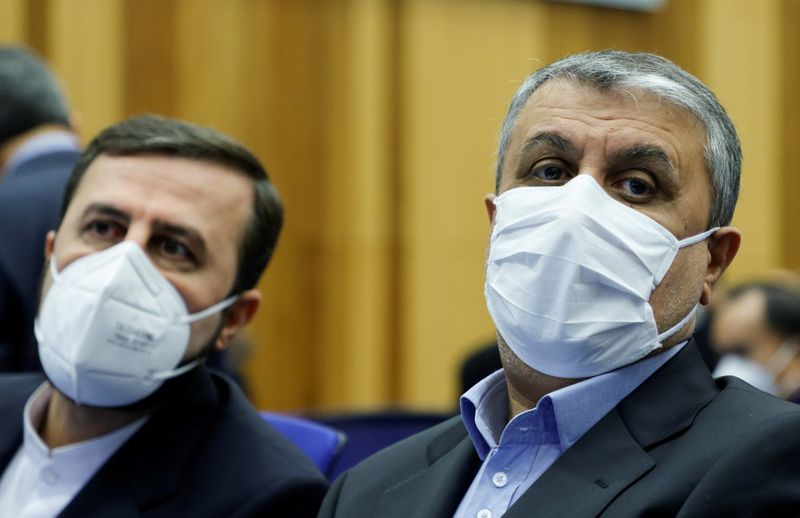 DUBAI (Reuters) – Iran on Tuesday rejected a U.S. call to grant U.N. inspectors access to a nuclear site, saying Washington was not qualified to demand inspections without condemning a sabotage attack on the facility, Iranian state media reported.

“Countries that did not condemn terrorist acts against Iran’s nuclear site are not qualified to comment on inspections there,” Mohammad Eslami, head of the Atomic Energy Organization of Iran, said during a visit to Moscow, according to Iranian state news agency IRNA.

The United States said on Monday that Iran must stop denying the U.N. nuclear watchdog access to a workshop making centrifuge parts as agreed two weeks ago or face diplomatic retaliation at the agency’s Board of Governors meeting.

The workshop at the TESA Karaj complex makes components for centrifuges, machines that enrich uranium, and was hit by apparent sabotage in June in which one of four International Atomic Energy Agency cameras there was destroyed. Iran removed them and the destroyed camera’s footage is missing https://www.reuters.com/world/middle-east/iaea-pressures-iran-fate-talks-nuclear-deal-hangs-balance-2021-09-07.