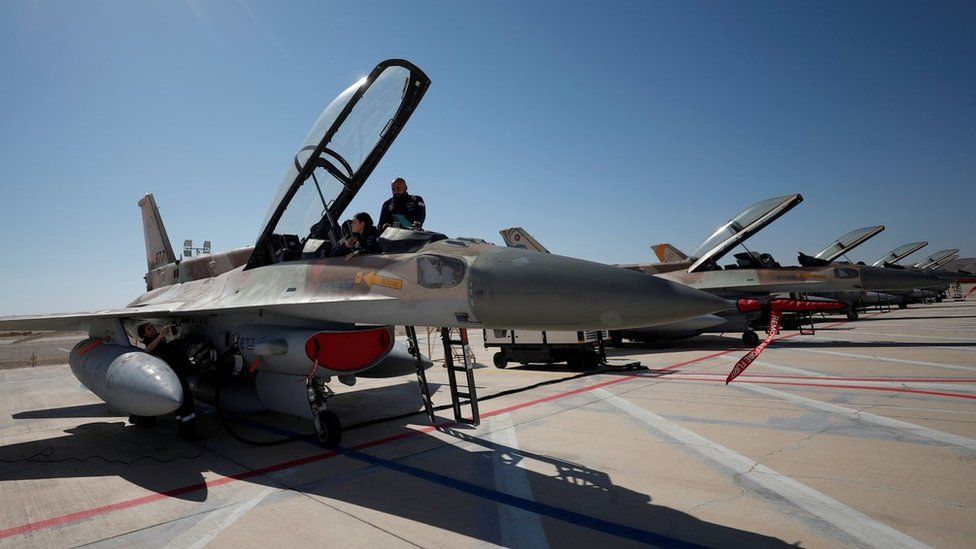 In the turquoise waters of the Red Sea, Israeli, Emirati and Bahraini naval forces for the first time just days ago rehearsed joint security operations with a US warship.

It followed a war-game at a desert airbase just north of the Israeli port city of Eilat last month, which sent fighter planes from Israel and seven other countries roaring into the skies.

Such drills aim to send a strong warning to Iran, which has recently been holding its own large military exercises, and stress strategic alliances.

But they come at a time when many in Israel are worrying about whether this small country could soon feel forced to act alone to attack Iran’s nuclear programme militarily.

The government has allocated $1.5bn (£1.1bn) to prepare the Israeli armed forces for a potential strike against Iranian nuclear sites, and there are near-daily warnings from political and military leaders.

I have been seeking out the views of top Iran watchers and analysts on what might happen.

“Israel has no interest in a war with Iran, but we will not allow Iran to acquire nuclear weapons,” an Israeli security official tells me. “In light of Iranian progress of their nuclear programme, we are preparing for all options and scenarios, including military capabilities.”

The sabre-rattling comes as talks between Iran and five world powers (plus the US indirectly) on reviving the 2015 nuclear deal – known as the Joint Comprehensive Plan of Action (JCPOA) – are due to resume in the Austrian capital Vienna on 29 November.

The JCPOA limited Iran’s nuclear activities and opened its facilities up to enhanced inspections in return for the partial lifting of international sanctions. However, it was abandoned by US President Donald Trump in 2018, with Israel’s approval.

ust as the date for a new round of talks was fixed, Iran declared it had produced 25kg of uranium enriched to 60% purity – just below the level that would be needed for a nuclear bomb – and more than 210kg enriched to 20%.

While Tehran continues to insist its intentions are peaceful, even Iranian experts have pointed out that such quantities of highly-enriched uranium were previously only held by nuclear armed states.

“The Iranians today are closer to creating fissile material for nuclear weapons than they ever were in the past,” the Israeli security official says. “This fact has significant security implications for the State of Israel.”

The Israeli defence establishment estimates that if Iran decided to do so, it could now accumulate enough enriched uranium for one nuclear weapon within a month. 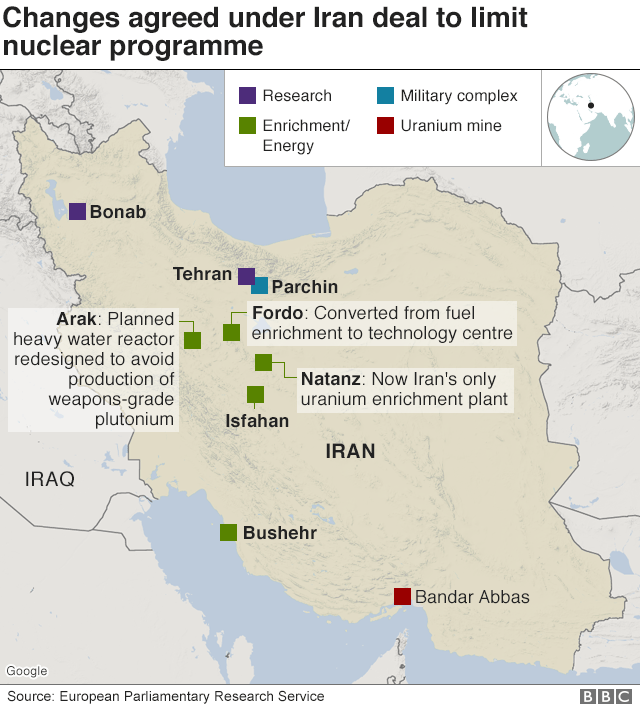 The manufacture of such a weapon would also require making a warhead that could be mounted on a ballistic missile. The timeframe for that is more difficult to calculate, but some experts say it could take 18 to 24 months.

Israel, which is assumed to have its own nuclear weapons but maintains an official policy of deliberate ambiguity, views a nuclear Iran as an existential threat; Iran does not recognise the Israeli state and its officials often espouse a belief that it will eventually cease to exist.

While the US and Arab Gulf countries, with which Israel has burgeoning ties, are also deeply opposed to Iran having nuclear weapons, it is not clear to what extent their own interests would hold them back from helping in any military confrontation. 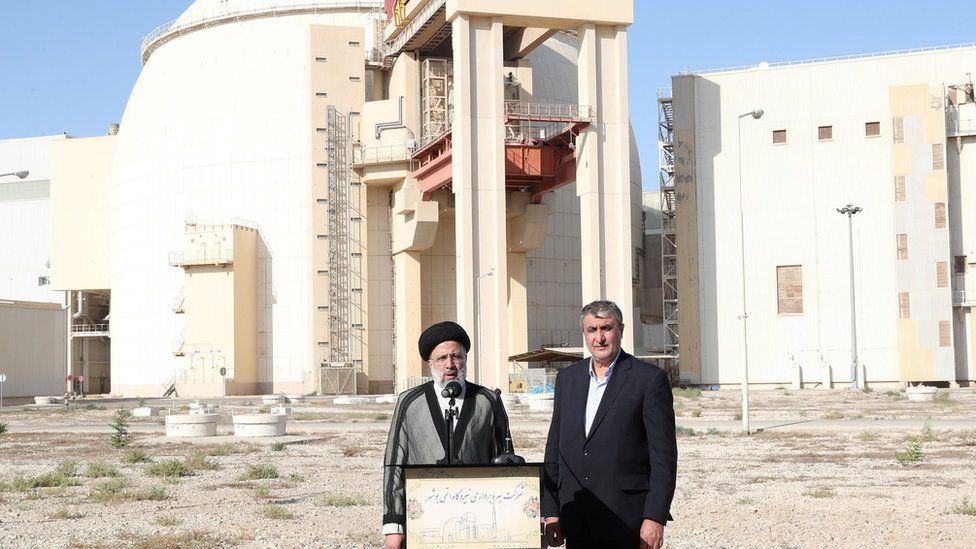 Former Israeli National Security Adviser Yaakov Amidror, who is now a senior fellow at the Jerusalem Institute for Strategy and Security, first warned of the dangers of Iran’s nuclear ambitions in the early 1990s, when he worked in military intelligence.

He has a bleak assessment of the latest developments.

“Israel cannot live with a situation in which the Iranians are getting closer and closer to the bomb, and it will soon have to make a decision how to stop it,” he says.

“I don’t see any other way but to bomb it, because I don’t see the Iranians retreating from their dream of having a nuclear umbrella under which they can be even more aggressive than they are today.”

Israel has twice acted alone to destroy its enemies’ nuclear reactors – in Iraq in 1981, and in 2007 in Syria – with little retaliation.

But many analysts question whether it is capable of effectively mounting a complex operation to stop Iran’s much more advanced nuclear programme, which involves multiple sites with some underground facilities, and what price it would have to pay.

“Everyone in Israel understands that [a strike] might lead to a very complicated war,” concedes Mr Amidror.

Iran has pledged “a shocking response” to any such attack. It is assumed it would use its own forces and co-ordinate with its well-armed proxies spread across the region: Hezbollah in Lebanon, which has tens of thousands of rockets, Shia militias in Syria and Iraq, Yemen’s rebel Houthi movement, and Islamic Jihad militants in the Gaza Strip.

Despite the grave risks, some hawks in Israel calculate that a strike could be worthwhile, even if it only set back Iranian nuclear plans by a few years.

But the official preference is still promoting peaceful, negotiated solutions.

“I hope that the diplomatic channel will succeed,” says Sima Shine, a former head of research for the Mossad intelligence agency, “but I don’t give it a high chance right now.”

US President Joe Biden’s administration has proposed to Iran a straightforward return to “mutual compliance” with the JCPOA, but Israel’s government opposes that.

The deal lifts many restrictions on Iran’s nuclear programme as soon as 2025 and did not put limits on Iran’s ballistic missile development or curb its support for militant groups across the region.

“My evaluation of Iran’s position is that it actually does not want to go back,” says Ms Shine, who now heads the Iran programme at Israel’s Institute for National Security Studies.

“What they would like to see, of course, is a reduction of sanctions and they understand that they have to pay something in order to get it. The question is what is the calculus of Iran – how deeply does its economy need relief?”

Her fear is that nuclear talks could just be a way of biding for time, as the country allows its increasingly advanced centrifuges to keep spinning, building up stockpiles of enriched uranium.