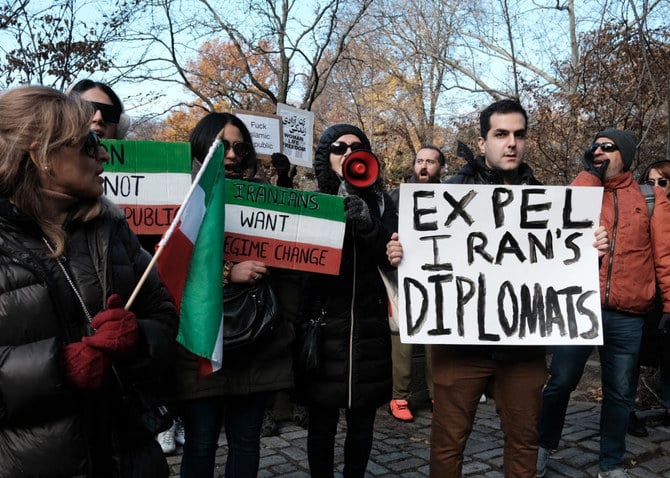 TEHRAN: Iran appears set to be ousted from a UN women’s body on Wednesday for policies contrary to the rights of women and girls, but several countries are expected to abstain from the vote requested by the United States, diplomats said.
The 54-member UN Economic and Social Council (ECOSOC) will vote on a US-drafted resolution to “remove with immediate effect the Islamic Republic of Iran from the Commission on the Status of Women for the remainder of its 2022-2026 term.”
The 45-member Commission on the Status of Women meets annually every March and aims to promote gender equality and the empowerment of women. A US official told Reuters they had “consistently seen growing support” to remove Iran.
Iran, 17 other states and the Palestinians argued in a letter to ECOSOC on Monday that a vote “will undoubtedly create an unwelcome precedent that will ultimately prevent other Member States with different cultures, customs and traditions … from contributing to the activities of such Commissions.”
The letter urged members to vote against the US move to avoid a “new trend for expelling sovereign and rightfully-elected States from any given body of the international system, if ever perceived as inconvenient and a circumstantial majority could be secured for imposing such maneuvers.”
Only five of the signatories to the letter are currently ECOSOC members and able to vote on Wednesday.
The Islamic Republic on Monday hanged a man in public who state media said had been convicted of killing two members of the security forces, the second execution in less than a week of people involved in protests against Iran’s ruling theocracy.
Nationwide unrest erupted three months ago after the death while in detention of 22-year-old Kurdish Iranian woman Mahsa Amini, who was arrested by morality police enforcing the Islamic Republic’s mandatory dress code laws.
The demonstrations have turned into a popular revolt by furious Iranians from all layers of society, posing one of the most significant legitimacy challenges to the Shiite clerical elite since the 1979 Islamic Revolution.
Iran has blamed its foreign enemies and their agents for the unrest.
The Geneva-based UN Rights Council voted last month to appoint an independent investigation into Iran’s deadly repression of protests, passing the motion to cheers of activists. Tehran accused Western states of using the council to target Iran in an “appalling and disgraceful” move.