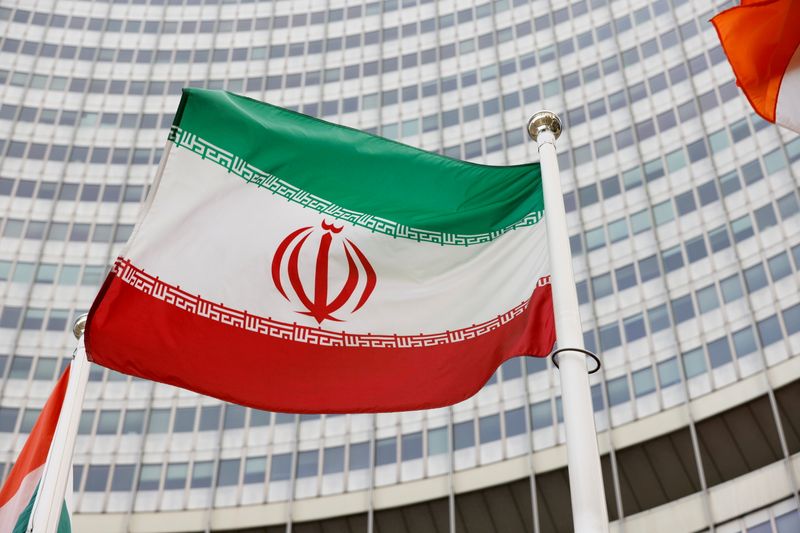 DUBAI (Reuters) – Iran insisted on Sunday that a prisoner swap deal has been agreed with the United States, the Iranian foreign ministry spokesman said, a day after Washington denied such an agreement had been reached.

“‘Outrageous’ = the US denying simple fact that there IS an agreed deal on the matter of the detainees. Even on how to announce it,” Saeed Khatibzadeh said in a tweet.

“Humanitarian swap was agreed with US & UK in Vienna-separate from JCPOA (the Joint Comprehensive Plan of Action)- on release of 10 prisoners on all sides. Iran is ready to proceed TODAY.”

The United States on Saturday accused Tehran of an “outrageous” effort to deflect blame for the impasse in the nuclear talks and denied that any deal had been reached on a prisoner swap.

Earlier on Saturday, Iran’s top nuclear negotiator, Abbas Araqchi, tweeted that the United States and Britain must stop linking a humanitarian exchange with the nuclear talks.

The talks are aimed at reviving a 2015 deal between Iran and six major powers that curbed Tehran’s nuclear programme in exchange for a lifting of sanctions on Iran. Washington abandoned the deal in 2018 and reimposed sanctions on Iran.

Tehran and President Joe Biden’s administration have been communicating on prisoner exchanges aimed at securing the release of Iranians held in U.S. jails and other countries over violations of U.S. sanctions, and of Americans jailed in Iran.

Rights activists accuse the country of trying to use the detentions to win concessions from other countries, though Tehran dismisses the charge.

The sixth round of indirect talks between Tehran and Washington in Vienna adjourned on June 20. Iranian and Western officials have said that still significant gaps remain to be resolved.

Iran has said that the seventh round of the talks will not resume until Iran’s hardline president-elect, Ebrahim Raisi, takes office in early August.

A hardline lawmaker said Raisi, who like Iran’s top authority Supreme Leader Ayatollah Ali Khamenei has backed the talks, will adopt “a hard line” in the Vienna talks.

“Raisi’s government will not leave the Vienna talks … But the talks will continue only if interests of the Iranian nation is secured,” Mojtaba Zonnour told Iran’s semi-official Mehr News Agency. “Biden is trying to keep some 517 sanctions in place.”

Since 2019, Iran has breached many of the deal’s limits on its nuclear programme. Tehran says its nuclear steps will only be reversed if all U.S. sanctions are lifted, including those institutions and individuals that Washington has targeted for allegedly supporting terrorism and human rights abuses.