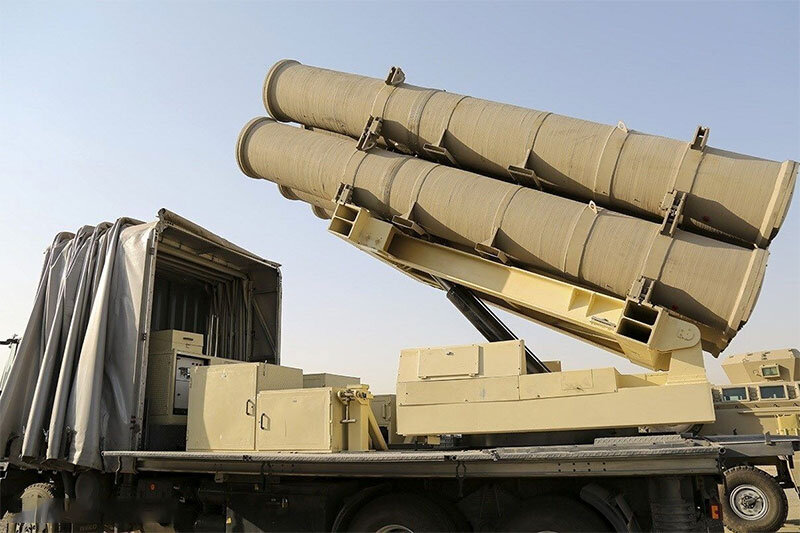 “The long-range and satellite-guided Fath-360 and Fajr-5 missiles were test-fired for the first time,” Second Brigadier General Karim Chashak, the spokesman for the Eqtedar-1401 exercise, said on September 9, according to the IRIB news agency.

He added that the Fath-360 fired from a six-barrel launcher and traveled at a speed of 4 Mach, which is four times the speed of sound.

Iran unveiled the Fath-360 missile in a parade on Army Day in April.

The Eqtedar-1401 exercise of the Iranian Army’s Ground Force was conducted in the area of Nasrabad in the central province of Isfahan on September 7-8. Infantry, armored, artillery, air force, drone, engineering, airborne, and electronic warfare units participated in the drills with the support of the aircraft of Iran’s Army Air Force.

The military drill aimed to evaluate and improve the level of combat readiness of Iran’s Army Ground Force in confronting the new threats. The Ground Force has brought different military equipment including drones, variants of tanks such as T-72S, Chieftain, homegrown Karrar, as well Fateh surface-to-air missile systems.

According to the commander of the Iranian Army’s Aviation, Yousef Ghorbani, the self-defense system of aviation helicopters and the upgraded “Shafaq” missile was successfully tested during the drill.

The upgraded Shafaq missile whose range has increased three times as compared to the previous figures, was fired from the Cobra helicopter and hit the target point.

“Aviation helicopters equipped with night vision were used on the battlefield for the first time in a completely offensive manner during a special operation and successfully carried out the night attack operation,” Ghorbani said.

Speaking on the sidelines of the Eqtedar-1401 on September 7, Major General Gholam Ali Rashid, the commander of the IRGC’s Khatam al-Anbiya headquarters said that “the Army’s Ground Force maneuvers have been planned and carried out in accordance with future wars and predicted threats.”