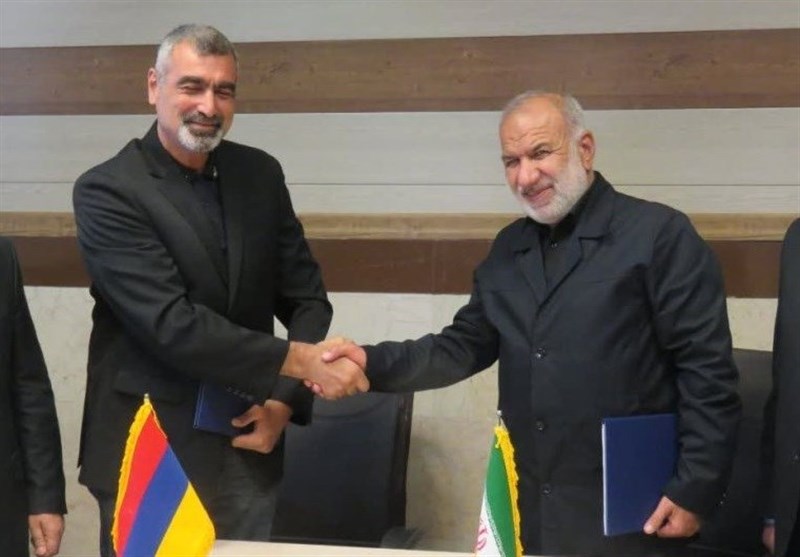 TEHRAN (Tasnim) – Iran and Armenia signed a memorandum of cooperation in the field of mine clearance.

Director of Armenian’s Center for Humanitarian Demining and Expertise (CHDE) Vaghinak Sargsyan visited the demining center of the Iranian Defense Ministry’s department of defense engineering and civil defense in Tehran.

After being briefed on Iran’s capabilities in humanitarian demining techniques, the Armenian official expressed his organization’s willingness to promote cooperation with the Islamic Republic.

At the conclusion of the visit, directors of the Iranian and Armenian centers signed a memorandum of understanding for cooperation in mine clearance.

Landmines come in two varieties: anti-personnel and anti-vehicle mines. Both have caused great suffering in the past decades. Anti-personnel landmines are prohibited under the Convention on the Prohibition of the Use, Stockpiling, Production and Transfer of Anti-Personnel Mines and on Their Destruction (or Mine Ban Convention), adopted in 1997.

More than 150 countries have joined this treaty. Its positive impact includes a marked reduction of casualties, an increased number of mine-free states, destroyed stockpiles and improved assistance to victims.

According to the UN, over 10 million stockpiled mines await destruction in the world. Massive tracts of land are still infested and thus too dangerous for productive use. Tens of thousands of victims and their families have not yet received adequate support, as the presence of mines continues to impede social and economic development.