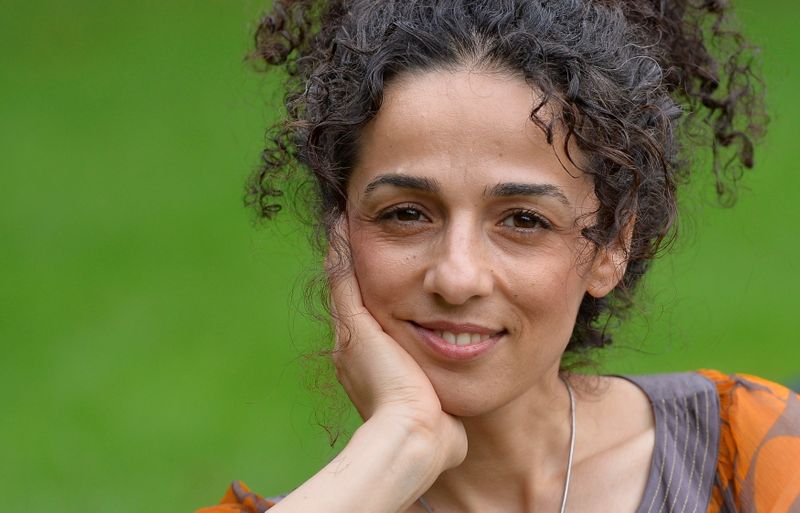 WASHINGTON (Reuters) – The image on the alleged Iranian intelligence operative’s device was chilling: A graphic showing photos of two Iranian dissidents captured overseas. Next to them was a picture of a journalist U.S. prosecutors say he intended to kidnap and the caption “are you coming or should we come for you?”

The intended target was Iranian American journalist Masih Alinejad, a contributor to U.S. government-financed Voice of America’s Farsi edition, who had angered Iran through her pointed criticism of the country’s headcovering laws, according to U.S. prosecutors.

“I had goose bumps and was crying, but this is my fight,” Alinejad said in an interview this week, soon after learning that U.S. federal prosecutors had charged https://www.reuters.com/world/us/us-charges-iranian-nationals-with-kidnapping-2021-07-13 four Iranians with plotting to kidnap her. “I didn’t do anything but give a voice to people.”

Alinejad was not identified in court papers unsealed on Tuesday charging the four Iranians, but confirmed to Reuters that she was the target of the plot. She showed video of a near-constant police presence outside her New York home intended to protect her.

The image, which prosecutors said was seized in an electronic device and captioned in Farsi, was revealed in unsealed court papers.

U.S. authorities say the plot is part of an escalating effort by the Islamic Republic to harass, surveil and kidnap Iranian activists overseas.

Iranian Foreign Ministry spokesperson Saeed Khatibzadeh dismissed the kidnapping allegations as “baseless and ridiculous.” But Tehran has said over the past two years it would amp up its overseas intelligence operations in response to U.S. sanctions and military actions, like the killing of General Qassem Soleimani.

The four Iranians charged in the case hired private detectives in Manhattan to surveil Alinejad and her family. The Iranian intelligence operatives were trying to figure out how to spirit Alinejad out of New York by boat to South America, U.S. authorities said.

Before the plot to kidnap Alinejad started in 2020, authorities say, the operatives had made several failed attempts to lure her to Turkey by coercing family members to invite her for a reunion.

Alinejad’s brother warned her of the scheme, she said.

“My brother exposed it and he was arrested” in Iran, she said. Other family members living in Iran were forced to publicly denounce her, she said.

‘SOMETHING THEY DO NOT TOLERATE’

Roya Boroumand, executive director of the Washington, D.C.-based Abdorrahman Boroumand Center for Human Rights in Iran, said the Islamic Republic has intensified operations in the past few years against opponents in Western countries.

Social media has allowed these overseas activists to play a larger role in organizing resistance to Islamic Republic policies, posing a threat to the government, Boroumand said.

For example, Alinejad has used the reach of her 5 million followers on Instagram to promote videos of women violating Iran’s head covering law.

“It has led to many people challenging government agents in the street and this is something they do not tolerate,” Boroumand said.

Ruhollah Zam, a dissident Iranian journalist, was living in France when he was lured out of the country in 2019 by Iranian intelligence operatives, U.S. authorities said. In a public statement, the Iranian Revolutionary Guard Corp described the ruse as a “complex operation using intelligence deception.”

Zam was executed last year on charges of fomenting violence in the 2017 protests. Boroumand said Zam’s social media presence had helped demonstrators to organize and get real-time accurate information about what was happening on the ground.

“There is a link between what these people do on social media and the mobilizations,” Boroumand said. “And that’s the threat.”