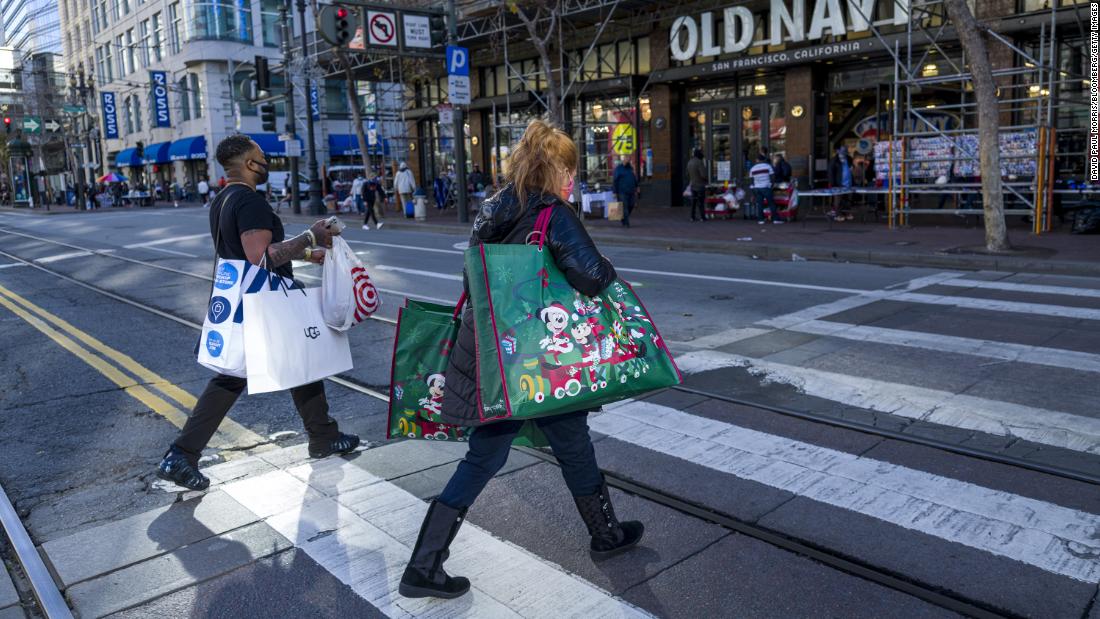 A version of this story first appeared in CNN Business’ Before the Bell newsletter. Not a subscriber? You can sign up right here.
Although the pandemic lit the match, the United States has been setting up this bonfire of supply chain failures for years. The government has drastically scaled back investments in manufacturing, hamstrung the postal service and engaged in petty trade wars that have made the pandemic era especially painful for consumers.
Gutting the mail: The US Postal Service is something of a hot mess right now — short on funding and workers, and burdened by the pandemic-era influx of packages.
It’s about to get worse. As of this past Friday, mail in the United States is more expensive and, in many cases, much slower, thanks to a new and controversial service standard that reduces post office hours and charges consumers peak shipping rates. Just in time for the holidays!
The USPS’ terrible financial situation is largely Congress’ fault. Ironically, the USPS is cash-flow positive. But the agency, which receives no taxpayer funding, has been hamstrung by Congress’ ruling in 2006 that it has to pre-fund 75 years’ worth of retirement benefits — an arcane system that no other government agency follows.
Manufacturing woes: Washington also has to share the blame in America’s reliance on global supply chains.
For decades, the US has been innovating at home and building abroad, allowing high-end manufacturing (and the high-paying jobs that go with it) to all but disappear.
Take semiconductors, for example — those tiny bits of etched silicon that power virtually every aspect of modern life, from your car to your fridge to the device you’re reading this on.
“The reason we’re really in this mess is because for a long time, we haven’t invested,” Commerce Secretary Gina Raimondo told CNN recently. “We used to lead the world in semiconductor manufacturing and now we don’t. We just disinvested.”
Over the past three decades, the United States’ share of global semiconductor manufacturing has dropped to just 12% — down from 37% in 1990, according to the Semiconductor Industry Association.
Meanwhile, competitors in Asia ramped up capacity, putting the United States at a “competitive disadvantage,” the trade group said. Although the Biden administration is pushing Congress to pass a $52 billion bill that would bolster semiconductor production and research at home, the impact of any legislation (which has yet to be voted on in the House) would be years away.
Trade wars: Just to complicate things even further, the United States has been locked in a trade war with China. Well before the pandemic, the Trump administration imposed tariffs on more than $300 billion worth of goods. Rather than pressure China to reform its trade practices, the tariffs have hurt American consumers and manufacturers who rely on Chinese-made materials (read: everyone). Treasury Secretary Janet Yellen has acknowledged as much, but the Biden administration has yet to act.
Bottom line: Even if you’re not shopping for holiday presents, the end of the year is still looking like a slog as inflation remains stubbornly high.
Winter utility bills are about another huge drain on household finances as inflation creeps into just about every consumer product on the market. Prices for natural gas — a nonrenewable fossil fuel that remains the most common way to heat homes in America — are soaring just as the Northern Hemisphere slides into fall and winter.
That open fire on which you roast your chestnuts may need to double as a home heating system.

US consumer spending ticked higher in August, according to data published last week, suggesting that the summer swoon caused by the Delta variant of the coronavirus may be coming to an end.
But another big test comes Friday, when the US government releases its jobs report for September.
Remember: America’s recovery hit a major roadblock in August, when the economy added only 235,000 jobs. That was the fewest new positions since January, and the slowdown shocked economists who had been expecting three quarters of a million jobs.
This time around, analysts will be hoping for a stronger showing. They’ll also be keeping a close watch on wage growth, which can play into inflation.
Low-wage workers are making “eye-popping” gains in their paychecks, Goldman Sachs said last week.
The bank said that low-wage worker pay rose 5.3% in the second quarter over the previous year. Preliminary third quarter data suggests wage increases are on pace for a three-decade high of 6%.
Monday: OPEC+ meeting; PepsiCo earnings; US factory orders
Tuesday: US trade balance data
Wednesday: EIA report on crude oil inventories; Constellation Brands and Levi Strauss earnings
Thursday: US jobless claims; Conagra earnings
Friday: US jobs report for September