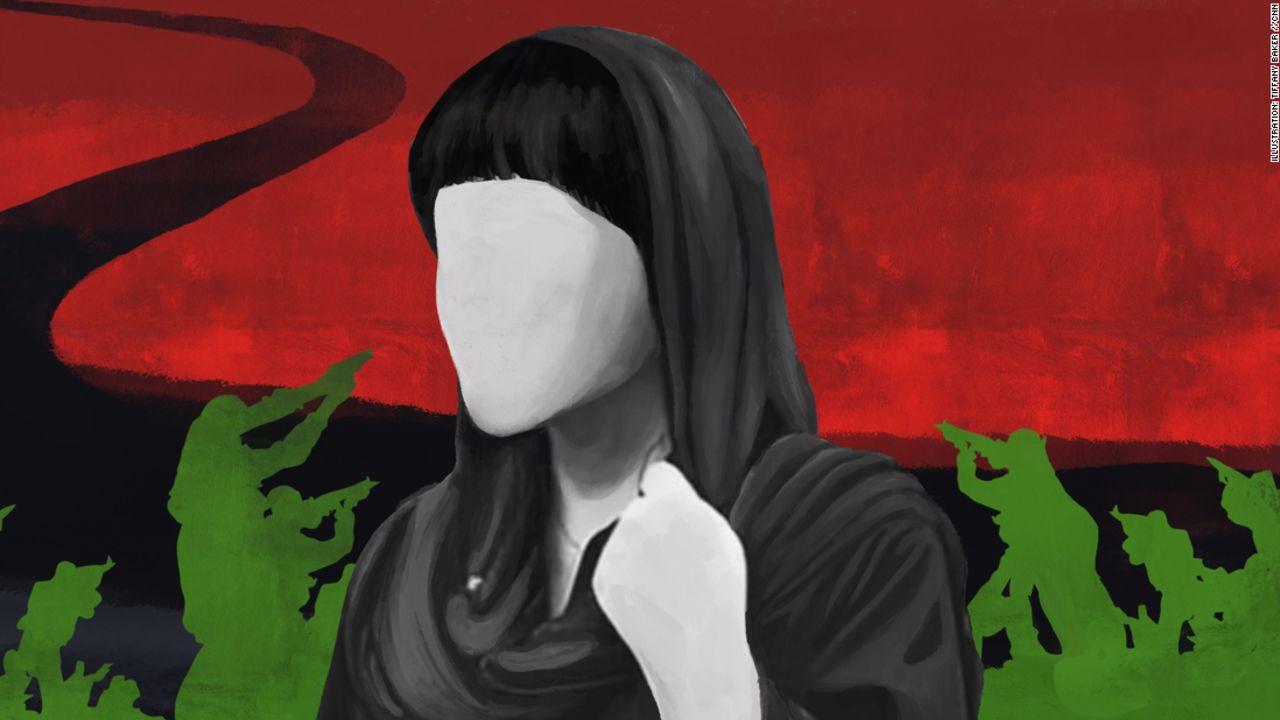 “I miss being in the open air…I miss being able to walk freely,” she told CNN. “I miss my family, my room.”

Her life now is largely confined to four walls, in a house that is not her own, with people who – until a few weeks ago – she had never met.

Leila has been in the crosshairs of Iran’s government for years due to her work as a civil rights activist and grassroots organizer. She was forced into hiding in September, when a warrant was issued for her arrest following the outbreak of nationwide protests over the death in custody of Mahsa Amini, a young woman accused of flouting the country’s compulsory hijab laws.

Since then, while security forces stalk her house and family, Leila has taken refuge in the homes of strangers. An anonymous network of concerned citizens – “ordinary people” connected by a shared mission to protect protesters – who quietly support the movement from afar by offering their homes to activists in need.

It’s impossible to know exactly how many protesters are being sheltered inside Iran, but CNN has spoken to several people who, like Leila, have left behind their homes and families to escape what has become an increasingly violent state crackdown.

Leila says her own story, and the stories of those bravely hiding her, show that as well as the extraordinary displays of public anger unfolding on Iran’s streets, “the struggle against the regime continues in different forms.”

“I came here in the middle of the night. It was dark. I don’t even know where I am and my family doesn’t know either,” she said of her current location.

Leila – who has spent time in some of Iran’s most notorious prisons for her activism in the past – has long provided a voice for people the regime would prefer remain silent, advocating on behalf of political prisoners, and demonstrators facing execution.

CNN has verified documents, video, witness testimony and statements from inside the country which suggest that at least 43 people could face imminent execution in Iran in relation to the current protests.

Using only a burner phone and a VPN Leila continues her work today, communicating with protesters in jail, as well as families with loved ones on death row – sharing their stories on social media, in an effort to help keep them safe, and alive.

“The comments and messages I receive are very encouraging. People are feeling good to see that I am active now and that I am with them [during this uprising].”

But as time passes, Iran’s Revolutionary Guard Corps appear to be doubling down on their hunt for Leila.

“Every day a car with two passengers is constantly stationed out front of my family home…They have repeatedly arrested several of my family members and friends. In their interrogations, they ask, “Where is Leila? Where is she hiding?”

To speak with her loved ones, Leila relies on third parties to pass on notes through encrypted messaging services, using code words in case Iran’s security forces are monitoring their conversations.

“There are listening devices in our house,” she said. “That’s why I never make phone calls to my family anymore.”

A “trusted friend” and an unknown location

For years, Leila’s life has been on pause – interrupted by periods of imprisonment and prolonged interrogation – all at the hands of the Islamic Republic’s notorious security apparatus.

“I was tortured psychologically, kept in solitary confinement. They threatened and humiliated me every day.”

Over the last five years, Iran has been gripped by waves of demonstrations concerning issues spanning from economic mismanagement and corruption to civil rights. One of the most visible displays of public anger was in 2019, when rising gas prices led to a sweeping uprising that was quickly met with lethal force.

A portrait of Mahsa Amini at a demonstration in Istanbul, Turkey, held in solidarity with the protests in Iran.

Before the recent protests sparked by Amini’s death – which many see as the most significant threat the regime has faced to date – Leila was trying to rebuild.

“When I came out of prison life was very difficult for me, but I tried to create small outlets for myself.”

She had set up a local business, enrolled in a university course, and was working with a therapist to acclimate back to normal life and deal with the trauma brought on by years of incarceration.

All of that changed within days of Amini’s death, when Leila knew she needed to take an active role once more in the protests that were filling streets across the country with chants of “Women, Life, Freedom.”

Alongside her family, she began joining marches – sharing the names and stories of protesters being detained on her social media.

Almost immediately, the threats from Iran’s authorities to send Leila back to prison started again – and then came the warrant.

“They wanted to silence me as soon as the uprising happened after Mahsa Amini was murdered…I knew if I wanted to stay and continue my activities, I would have to hide myself from their sight.”

Countless Iranians have been forced to cross borders in order to flee Iran’s security forces. Leila, though, took a leap of faith and decided to go underground, after a “trusted friend” she’d met through a network of activists set her up with her first safe house.

The drive lasted hours, and there was only darkness.

“I wore a mask. I laid down in the car so that no one would notice me. I didn’t even get out to go to the toilet or eat.”

She has continued to move around in the weeks and months since. Smuggled through the night, never knowing her final destination.

“The first place I was in, the homeowner was very scared, so eventually I left for another location.”

“[Another] person I stayed with was very nice and became supportive of my efforts,” she said.

In order to live totally off the grid, Leila is no longer picking up her medication or checking in with any doctors or medical professionals.

She’s also stopped accessing her bank account and went as far as exchanging her life savings for gold, which someone sells for her from time to time, when she urgently needs cash.

As is the case for so many ordinary Iranians who are the driving force of the protests, Leila’s life has “practically stopped.”

“I just breathe and work.”

“I am not afraid of prison. Maybe many people think that we were afraid and so we hid ourselves, but this is not the case.”

“The one thing I fear is that if I get caught and sent back to jail, I will become a faceless name…unable to help the cause and movement, like countless others who were sent to prison and never heard of again.”

For now, Leila says the only thing that keeps her going as weeks in hiding turn into months, is the distant hope that one day she could live in a free Iran.

“The answer of the Islamic Republic has always been repression and violence…I hope for a miracle and that this situation will end as soon as possible for the benefit of the people.”

“Just like when I was in prison and solitary confinement, I am improving myself with the hope of freedom,” she said.