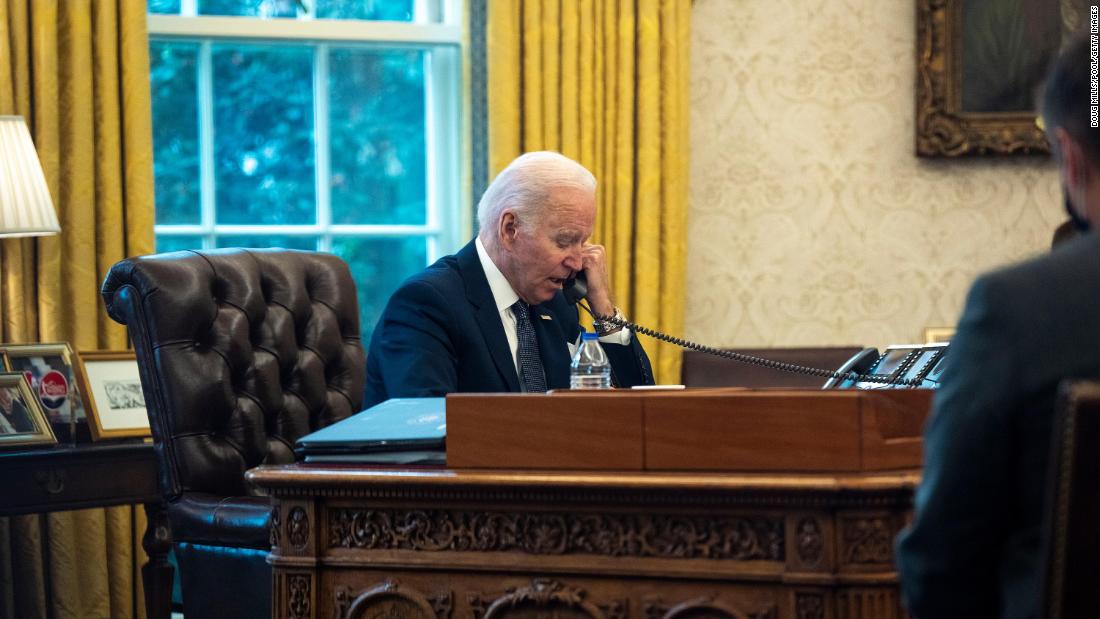 The deployments, US officials have told CNN, are a show of support to NATO allies feeling threatened by Russia’s buildup of troops near Ukraine’s border.
To be clear, there is no plan for US troops to engage Russian troops, and the White House and the Pentagon have stressed that American service members will not be entering Ukraine.
“They are moves designed to respond to the current security environment,” Pentagon press secretary John Kirby said Wednesday, adding that these forces “are not going to fight in Ukraine.”
While the shuffling of troops marks the most significant sign yet that the US is preparing for the prospect of a Russian invasion of Ukraine, US troop movement is not unusual at all. And there are a number of options under which a president can deploy troops.
Here’s what you need to know:

The US can, and does, frequently send troops to Europe to participate in exercises with partner nations.
US troops are stationed at bases across the continent, and these exercises and stations are built upon agreements with each nation individually or with a treaty alliance such as NATO.

These deployments are made in consultation with ally nations and with the agreement of both countries. This is the dynamic playing out now, with the US’ NATO allies having asked for US troops to bolster their own defenses and to send a stronger message of deterrence to Russian President Vladimir Putin.
But while NATO allies are receiving US troops, the deployment is a US deployment done in consultation with these allies — not a NATO deployment.
As part of the North Atlantic Treaty Organization, the US also has commitments to come to the assistance of ally countries and to provide for the overall defense of NATO.
Part of that defense entails the NATO Response Force, a multinational, 40,000-strong force. In 2014, partially in response to the Russian invasion of Crimea, NATO created the Very High Readiness Joint Task Force, which is part of the Readiness Action Plan for quick responses to a changing security environment.
NATO has not activated the NATO Response Force — which has also been used in disaster relief — in regard to Russia’s actions on Ukraine’s border, but the Pentagon has said that it has 8,500 troops on heightened readiness in case it does. And the US and NATO have tens of thousands of other troops already in Europe to draw on for any additional deployments to Eastern European allies.
Kirby said Wednesday that the troops being deployed were separate from the 8,500 US troops on heightened alert. The Pentagon is “not ruling out the possibility that there will be more” US troop movements in the coming days, Kirby said.
In 2005, aircraft from the NATO Response Force delivered NATO relief supplies to the US in the aftermath of Hurricane Katrina, and last August, the NATO Response Force was activated to support the evacuation of Afghans who had previously worked alongside NATO.

Authorized use of military force

This is the most controversial option on the list, but one that has been used repeatedly to send troops to war since the September 11 attacks. As of now, there has been no move to seek congressional authorization to use force in regard to the Russia-Ukraine tensions.
The 2001 Authorization for Use of Military Force comprises only one long sentence. But its 60 broadly written words have helped pave the way for years of military activity. According to official documents, Presidents George W. Bush, Barack Obama and Donald Trump all invoked it during their tenures.
While Republicans and Democrats alike have expressed a desire to update the 2001 Authorization for Use of Military Force, which authorized the global war on terror, and the 2002 authorization for the Iraq War, the consensus has been bogged down amid disputes over how a new authorization would deal with the scope of the mission, time constraints and the use of US ground troops.
The Constitution, meanwhile, states explicitly that only Congress has the authority to declare war, a power that has been invoked five times in US history: The War of 1812, the Mexican-American War, the Spanish-American War, and World Wars I and II.