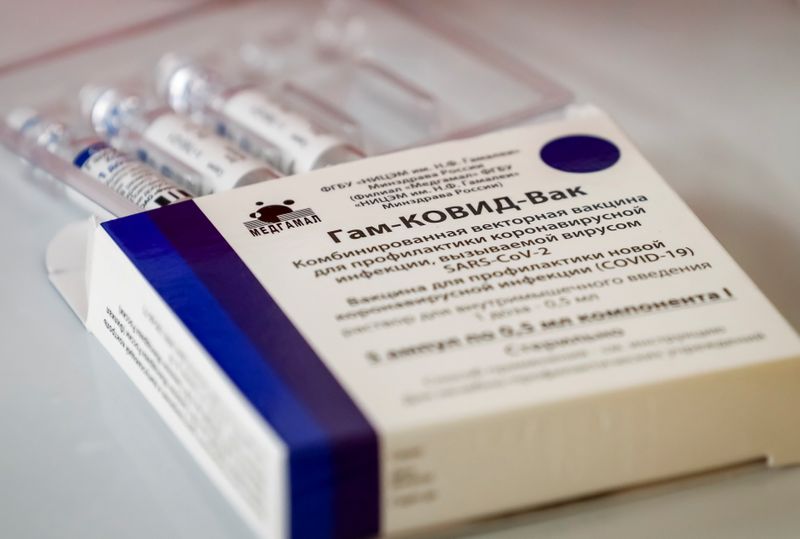 GUATEMALA CITY (Reuters) – Guatemalan Health Minister Amelia Flores said on Tuesday that the government had asked Russia to return money already paid for doses of the Sputnik V COVID-19 vaccine because of non-delivery.

The government of President Alejandro Giammattei paid some $80 million in early April for a supply of 8 million doses of the vaccine. So far, it has received just 150,000 of those, the government said, while COVID-19 infections in the Central American country have risen to a peak.

The minister said Guatemala had given the Russian direct investment fund (RDIF), which is responsible for marketing the vaccine abroad, 20 days to deliver the promised doses.

A spokesman for the RDIF said additional supplies of the vaccine would reach Guatemala soon.

“Another plane with Sputnik V is scheduled to arrive in Guatemala this week, with the next one coming already early next week to keep fulfilling obligations regarding the contract,” Gleb Bryanski, director for special projects at RDIF, said in an emailed statement.

Russia President Vladimir Putin has trumpeted the Sputnik V vaccine around the world. He said in March that the country had signed agreements for the production of hundreds of millions of doses abroad.

But Russia had produced only a fraction of those and its output is much lower than those manufactured each month by Pfizer and AstraZeneca.

(Reporting by Bill Barreto in Guatemala City and Andrew Osborn in Moscow; Editing by David Alire Garcia and Daniel Flynn)