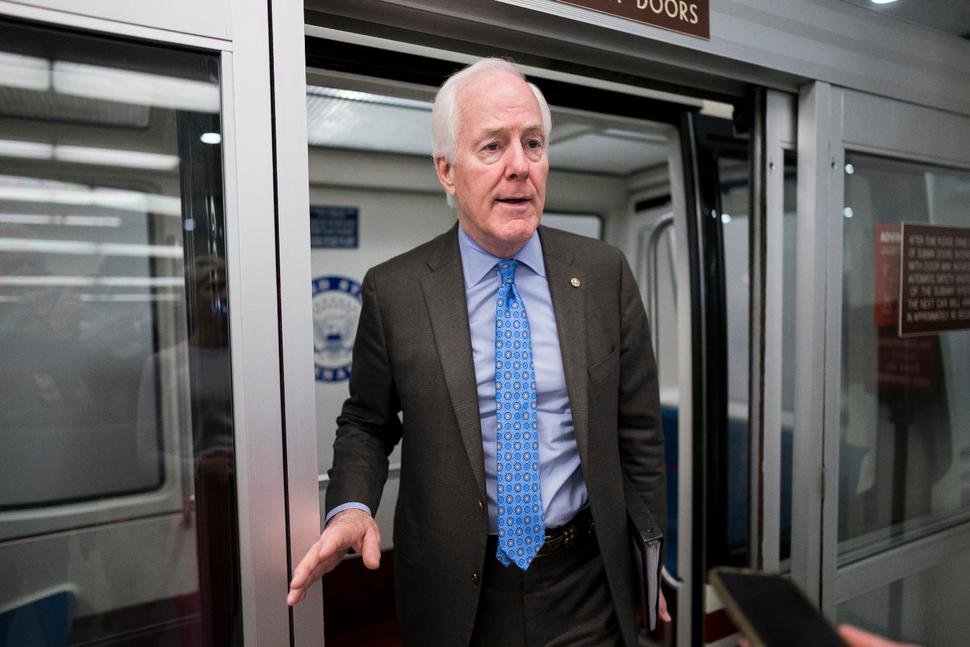 Senate Republicans are ready to deploy the filibuster to block legislation establishing a commission on the deadly Jan. 6 insurrection.

Senate Republicans are ready to deploy the filibuster to block a commission on the Jan. 6 insurrection, shattering hopes for a bipartisan probe of the deadly assault on the U.S. Capitol and reviving pressure on Democrats to do away with the procedural tactic that critics say has lost its purpose.

The vote expected Thursday would be the first successful use of a filibuster this year to halt Senate legislative action. Most Republicans oppose the bill, which would establish a commission to investigate the attack by Donald Trump supporters over the election. With Democrats in support but the Senate evenly split, 50-50, the tally is likely to fall short of the 60-vote threshold to launch debate.

“We have a mob overtake the Capitol, and we can’t get the Republicans to join us in making historic record of that event? That is sad,” said Sen. Dick Durbin of Illinois, the assistant Democratic leader.

Congress is at an inflection point as lawmakers and the country try to move past the horror of Jan. 6, when the former president’s supporters laid siege to the Capitol in a failed effort to overturn Joe Biden’s election. The House already approved the commission bill with some Republican support, but a potential filibuster by GOP senators is sparking fresh debate over whether the time has come for Democrats to change the rules and lower the threshold to 51 votes to prevent such brazen acts of obstruction.

Trump has made it clear he opposes the formation of any panel to investigate the mob siege. With the former president wielding influence, Democrats are warning that if Republicans are willing to use the filibuster to stop an arguably popular measure, it shows the limits of trying to broker compromises, particularly on bills related to election reforms or other aspects of the Democrats’ agenda.

“They are shining a spotlight: There is no bill that stands up to Trump and the ‘Big Lie’ that can get 10 Republicans,” said Eli Zupnick of Fix Our Senate, which advocates for filibuster changes.

Ahead of the vote, the mother of the late Capitol Police officer Brian Sicknick said Wednesday she would meet with lawmakers to try to persuade them to act. Sicknick was among many officers protecting the building, some seen in videos in hand-to-hand combat with mob. He collapsed immediately after engaging with the rioters and died the next day.

“I suggest that all Congressmen and Senators who are against this bill visit my son’s grave in Arlington National Cemetery and, while there, think about what their hurtful decisions will do to those officers who will be there for them going forward,” Gladys Sicknick said in a statement.

“Putting politics aside, wouldn’t they want to know the truth of what happened on January 6?” she said.

A small number of Republicans, including Utah Sen. Mitt Romney and Alaska Sen. Lisa Murkowski, have said they expect to back the House-passed bill. Others, including Maine Sen. Susan Collins, have proposed tweaks to the legislation to try to attract more votes. But the effort had so far failed to yield additional support.

“What we want is closure,” Murkowski said Wednesday.

Mostly, the GOP senators will follow Senate Republican leader Mitch McConnell, who has declared the bill a “purely political exercise,” since Senate committees are already looking into security shortfalls.

McConnell, who once said Trump was responsible for “provoking” the mob attack on the Capitol, now says of Democrats: “They’d like to continue to litigate the former president, into the future.”

Senate Majority Leader Chuck Schumer is essentially challenging Senate Republicans to take a stand after 35 of their GOP colleagues voted for the commission bill in the House.

The talks over potential changes to the legislation come as Republicans have struggled over whether they will support the commission bill and how to respond to the insurrection as many in their party have remained loyal to Trump. The former president told his supporters the morning of Jan. 6 to “fight like hell” to overturn his defeat. He has repeatedly said the election was stolen, even though his claims have been refuted by courts and election officials across the country.

Collins has said she is working with other senators to try to find a compromise, and West Virginia Democrat Joe Manchin has been part of that effort, according to two people familiar with the informal talks who spoke on condition of anonymity to discuss the private negotiations.

“I want to see a commission,” Collins said Wednesday. “I am working very hard to secure Republican votes.”

But senators and others took note when Manchin, in a statement with Arizona Sen. Kyrsten Sinema, implored colleagues to act, calling the attack “horrific” and bipartisan commission a “critical step.”

Two centrist Democrats, Manchin and Sinema have been prominent holdouts against changing the Senate filibuster rules to allow 51 votes for passage of legislation. They side with Republicans in warning Democrats off making any changes, even though both parties have voted in recent years to allow the lower threshold for confirming nominations for judges and administration officials. Their message to colleagues ahead of the commission vote was widely seen as a signal of their unease with using the filibuster tool to block a bill that arguably could expect to draw broad support.

The 1/6 commission vote will become “exhibit A” on why the filibuster needs to be changed, said Grant Tudor, a policy advocate at the organization Protect Democracy.

Collins’ amendment seeks to remedy some of the chief Republican complaints about the proposed commission. It would require the Democratic-appointed chair and the Republican vice chair of the panel to “jointly appoint” staff, changing House language that only required the chair to consult with the vice chair. It would also terminate the commission 30 days after a final report is issued, instead of 60 days, an effort to avoid their work spilling into the election year.

Both the House version and Collins’ amendment would require the final report to be issued by Dec. 31, 2021.

Still, most Republicans have held fast to their opposition. North Carolina Sen. Thom Tillis said he was still “unlikely” to support the the bill. He said he believes the year-end deadline is unrealistic.

Republicans have also pointed to a bipartisan Senate report that is expected to be released next month, saying it will be sufficient to fix security problems in the Capitol.

Four of the rioters died during the insurrection, including a woman who was shot and killed by police as she tried to break into the House chamber with lawmakers still inside. Dozens of the officers defending the Capitol were brutally beaten by the rioters. Hundreds of people have been arrested.