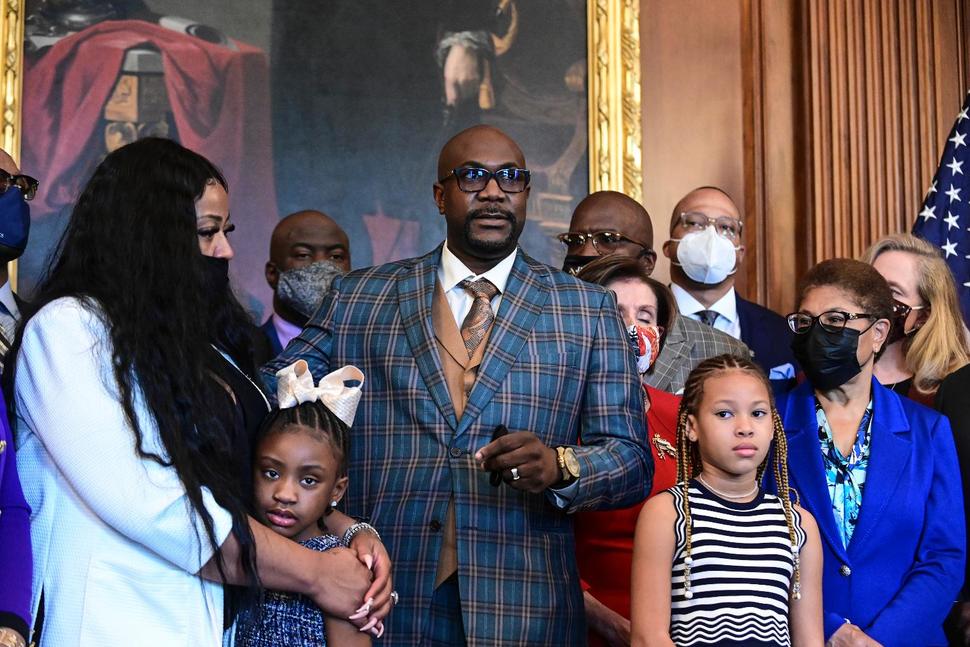 Republicans say they want congressional bargainers to reach a bipartisan deal on revamping policing procedures by summer or abandon the effort.

Congressional bargainers should reach a bipartisan deal on revamping policing procedures by early summer or abandon the effort, Republicans said Wednesday, a day after George Floyd’s family used visits to the White House and the Capitol to prod lawmakers to act.

“I think it’s June or bust,” lead GOP bargainer Sen. Tim Scott of South Carolina told reporters, the day after the anniversary of Floyd’s slaying at the hands of Minneapolis police. “We’ve got three weeks in June to get this done.”

Neither senator explained why they’d targeted the next few weeks as pivotal in talks that became serious in April but have produced no tangible product. But historically, it gets harder for Congress to resolve controversial issues as an election year approaches and each party seeks issues to use in upcoming campaigns. Republicans hope to win House and perhaps Senate control in the 2022 elections.

“I hope it’s not being considered an ultimatum,” said Hilary O. Shelton, a senior vice president of the NAACP and director of the organization’s Washington office. “I hope it’s to push their fellow Republicans and say, ‘Let’s take care of this.'”

Floyd’s killing triggered the country’s most widespread racial justice demonstrations in years. The Democratic-run House approved legislation in March exposing individual police officers to civil suits, banning chokeholds and establishing a national registry of misconduct by officers, but the measure has stalled in the Senate as Republicans have sought more moderate steps.

Yet the talks have been a slog with the key dispute over qualified immunity, a legal doctrine that usually protects individual officers from lawsuits. Democrats have wanted to eliminate that shield, while Republicans want to retain immunity for officers but allow police agencies to be liable.

The standoff showcases the problem of finding middle ground on an issue on which the two parties’ core voters — Democrats’ voters of color and progressives, and Republicans’ conservatives — have diametrically opposed views.

“We want to see an end to qualified immunity,” and the bill “won’t be meaningful police reform without that,” said Aamra Ahmad, senior policy counsel at the American Civil Liberties Union.

The Senate begins a recess after this week and returns June 7, while the full House is already gone until June 14.