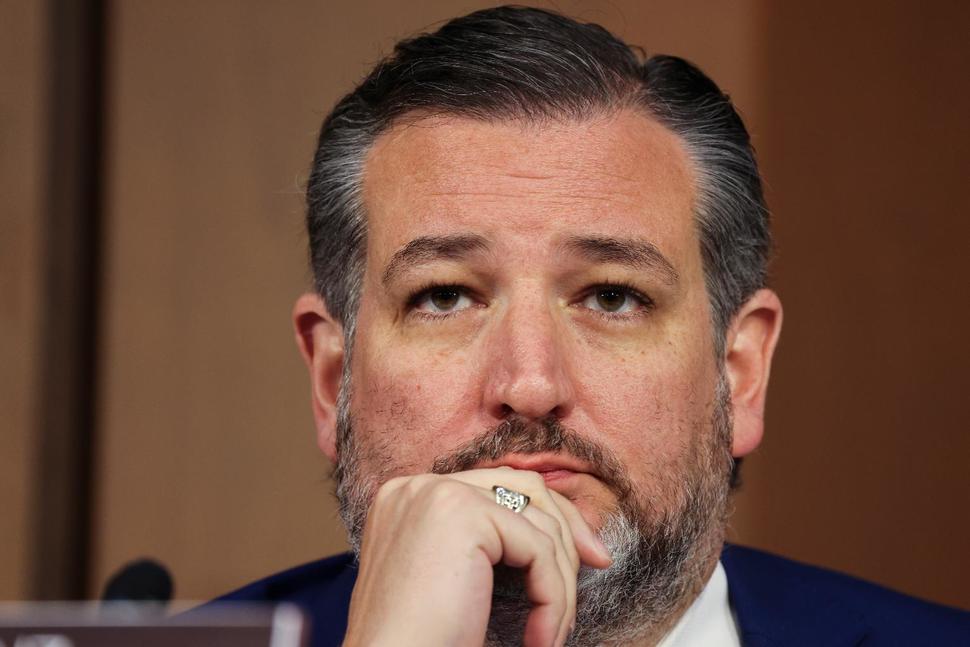 Republicans trying to drive a wedge between Democrats and chip away at President Joe Biden’s support are zeroing in on the violence in the Middle East.

Republicans trying to drive a wedge between Democrats and chip away at President Joe Biden’s support are zeroing in on the violence in the Middle East, laying blame on his administration and aiming to make his liberal critics the face of the party heading into the midterm elections.

GOP Sens. Ted Cruz of Texas and Tom Cotton of Arkansas, both potential White House hopefuls in 2024, have focused in particular on Democratic Rep. Alexandria Ocasio-Cortez of New York and other progressives for criticizing Israel amid an escalating volley of missiles and airstrikes in Hamas-controlled Gaza that has killed hundreds of civilians over the last week.

The approach represents a new strategy for Republicans who have struggled to land consistent and effective criticism of Biden and his fellow Democrats during the opening months of his presidency. In focusing on the fighting in Gaza, the GOP is aiming to demonstrate staunch support for Israel, an issue of deep importance to many in the party’s base. At the same time, Republicans are hoping to draw a contrast with Democrats and leave them appearing divided.

Cruz on Tuesday accused Ocasio-Cortez and other “hard-left Democrats” of “regularly engaging in hateful antisemitic and anti-Israel rhetoric, and what they’re saying right now sounds more like they’re acting as press secretaries for Hamas terrorists than as members of the United States Congress defending American national security and the security of our allies.”

The violence in the Middle East is unfolding at a time when Democratic views on key foreign policy issues are shifting.

Beyond Ocasio-Cortez, who has called Israel an “apartheid state,” and Democratic Rep. Ilhan Omar of Minnesota, who has labeled Israeli airstrikes “terrorism,” moderate Democrats have notably grown more willing to question Israeli policy, reflecting the changing views of the party’s voters.

It was a dramatic change from 2001, when 50% of Republicans and 38% of Democrats sympathized more with Israel.

So far, Biden has taken a careful approach to the crisis, publicly expressing support for a cease-fire while privately encouraging Israeli Prime Minister Benjamin Netanyahu and other top Israeli officials to wind down the bombardment of Gaza as the Israeli and Palestinian death tolls have mounted.

While he faced pressure from his left to take a more aggressive stance — including from Democrats on the House Foreign Affairs Committee, who sought to delay a $735 million arms sale to Israel — that pressure appeared to have subsided somewhat Tuesday. Among those who declined to criticize Biden were Sen. Bob Menendez, D-N.J., the chair of the Senate Foreign Relations Committee, who said the administration was conducting “robust” behind-the-scenes diplomacy.

“I trust their diplomacy will yield effective” results, Menendez said.

The divisions have nonetheless caused headaches. In Nevada, the state party’s treasurer resigned after its chairperson released a statement that accused the U.S. of “too long turn(ing) a blind eye to injustice and violence committed by the Israeli government,” the Las Vegas Review-Journal reported.

“I have been taking a stand my entire life to stand with the people of Israel to live in peace and to be free of the constant and ongoing terrorism practiced by those who seek its destruction and the annihilation of the Jewish people,” Howard Beckerman reportedly wrote in a letter to state party leaders.

Former Sen. Heidi Heitkamp, D-N.D., a moderate, said progressives calling for a tougher line against Israel are “by far a minority voice” in the Democratic Party.

“Republicans are trying to exploit a minority position expressed by a minority number of Democrats,” she said.

Rep. Josh Gottheimer, D-N.J., another moderate, said strong support for Israel remains the position of an overwhelming number of Democrats and called it “shocking” that some have been calling Israel a terrorist nation.

“I find that particularly appalling,” he said. In “normal times,” he added, their comments might have led to a censure resolution, but that’s not happening because Democrats “don’t want to give more attention to the bomb throwers here in Congress.”

Still, with the 2022 midterms well over a year away and the U.S. beginning to emerge from the pandemic, the long-term political implications of the violence are unclear. GOP pollster Glen Bolger noted that foreign policy issues rarely sway voters, especially so long before an election.

While Republicans have tried to paint Democrats as out of the mainstream, “there are likely to be 20 more examples of things Republicans will be able to point to and say, ‘They’re too extreme,’” including domestic issues that voters tend to care more about, he said.

But David Winston, a pollster who advises congressional GOP leaders, said that with Democrats’ thin House and Senate majorities, their disagreements on this issue “could potentially stop the policies their own president wants to put in place. It raises the question, ‘Can you effectively govern?’”

Still, Winston argued the issue wasn’t an effective one to use to attack Democrats, especially when it comes to gaining support from independents who are pivotal to winning congressional control and tend to care less about partisan finger-pointing than solutions.

“They want to know how you’re dealing with it, how you’re going to make this work,” he said.

On Monday, more than a dozen GOP senators announced a resolution “reaffirming the United States’ unwavering commitment to our ally Israel and its right to take whatever means are necessary to stop the murder of its citizens and foreign nationals residing in Israel.”

And Senate Minority Leader Mitch McConnell, R-Ky., took to the Senate floor to call on Biden to “remain strong against the growing voices within his own party that create false equivalence between terrorist aggressors and a responsible state defending itself.”

“The hand-wringing calls for a cease-fire are tantamount to Hamas propaganda. Both sides are not the same in this conflict, no matter what the Democrats naively imply,” echoed Cotton.

Former Vice President Mike Pence, another Republican eyeing a presidential run in 2024, also focused on the issue, recording a video and penning an op-ed in the conservative National Review in which he blamed Biden for the violence, calling it “a direct result of the weakness shown by the Biden administration from its first day in office.”

The fighting is the most intense since a 2014 war between Israel and Hamas. At least 213 Palestinians have been killed in airstrikes, including 61 children, according to the Gaza Health Ministry, and 12 people in Israel, including a 5-year-old boy, have been killed.

Rep. Brad Schneider, D-Ill., a moderate who voiced his support for Israel on the House floor last week, deflected questions Tuesday about whether Republicans could use progressives’ criticism to characterize Democrats as extremists.

“The majority of Democrats in Congress and across the country continue to support Israel as a strong ally,” he said. Schneider said Israel benefits “when we have bipartisan support for Israel, and neither party is trying to use Israel as a wedge against the other party.”