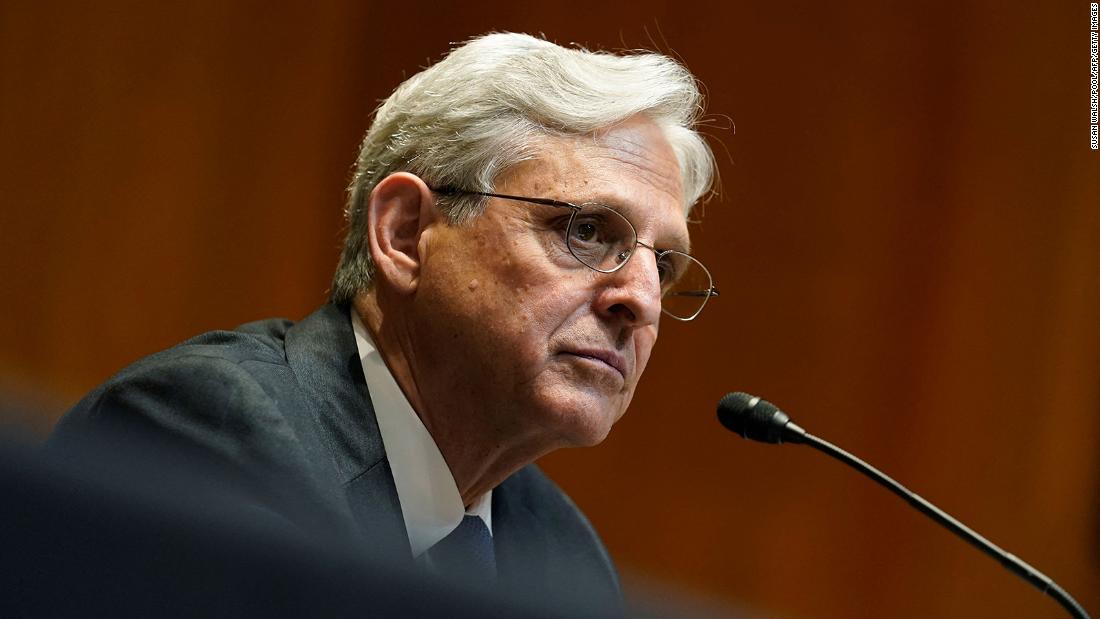 News organizations have pushed for lasting change from the department to shut down subpoenas and search warrants for media outlets in leak investigations.
Garland on Monday met for the second time with executives from news organizations following public disclosures of the previous administration’s pursuit of phone recordfs and email metadata belonging to journalists, including from CNN, The Washington Post and The New York Times, in leak investigations.
During the Trump administration, the Justice Department collected data on some journalists’ work emails and phone records, including from CNN’s Barbara Starr, without the knowledge of their newsrooms. In CNN’s case, a gag order in place until recently had prevented lawyers who received the records demands from discussing them.
Those revelations coincided with recent disclosures from tech companies to former Trump-era White House counsel Don McGahn and Democratic members of the House Intelligence Committee that the previous administration also had pursued their communications data, prompting lawmakers to demand answers about the steps taken in leak investigations and news and tech companies to condemn the aggressive investigative tactics.
As CNN previously reported, the Biden administration, in effect, is making a major shift from the past and saying it will not use subpoena powers to obtain reporters’ records and try to catch sources who leak information to them.
The Justice Department last changed its regulations around obtaining journalists’ records in 2015, under then-Attorney General Eric Holder under the Obama administration. Garland and President Joe Biden said this spring they would stop prosecutors from pursuing journalists’ records that could reveal sources in leak investigations, but that announcement appeared to be a temporary halt to the practice, which had ramped up during the Trump years, and didn’t foretell change that future administrations couldn’t easily undo.
A change to department regulations would have a more lasting impact than the policy revisions now in place under Garland. The Justice Department has also signaled Garland’s interest in Congress writing laws that would protect journalists’ records — an approach that, if enacted, would have even more staying power.
The news executives and Justice Department officials agreed to continue meeting periodically to discuss the issue, according to a department readout from Monday’s meeting.
“The Attorney General shared his belief that news organizations, journalists, and a free press are fundamental to our democracy,” the readout stated. “The Attorney General also reiterated his support for the durability of these policy changes, including through legislation that would protect records of journalists. Several of the news organizations provided feedback on potential updates to the policy.”