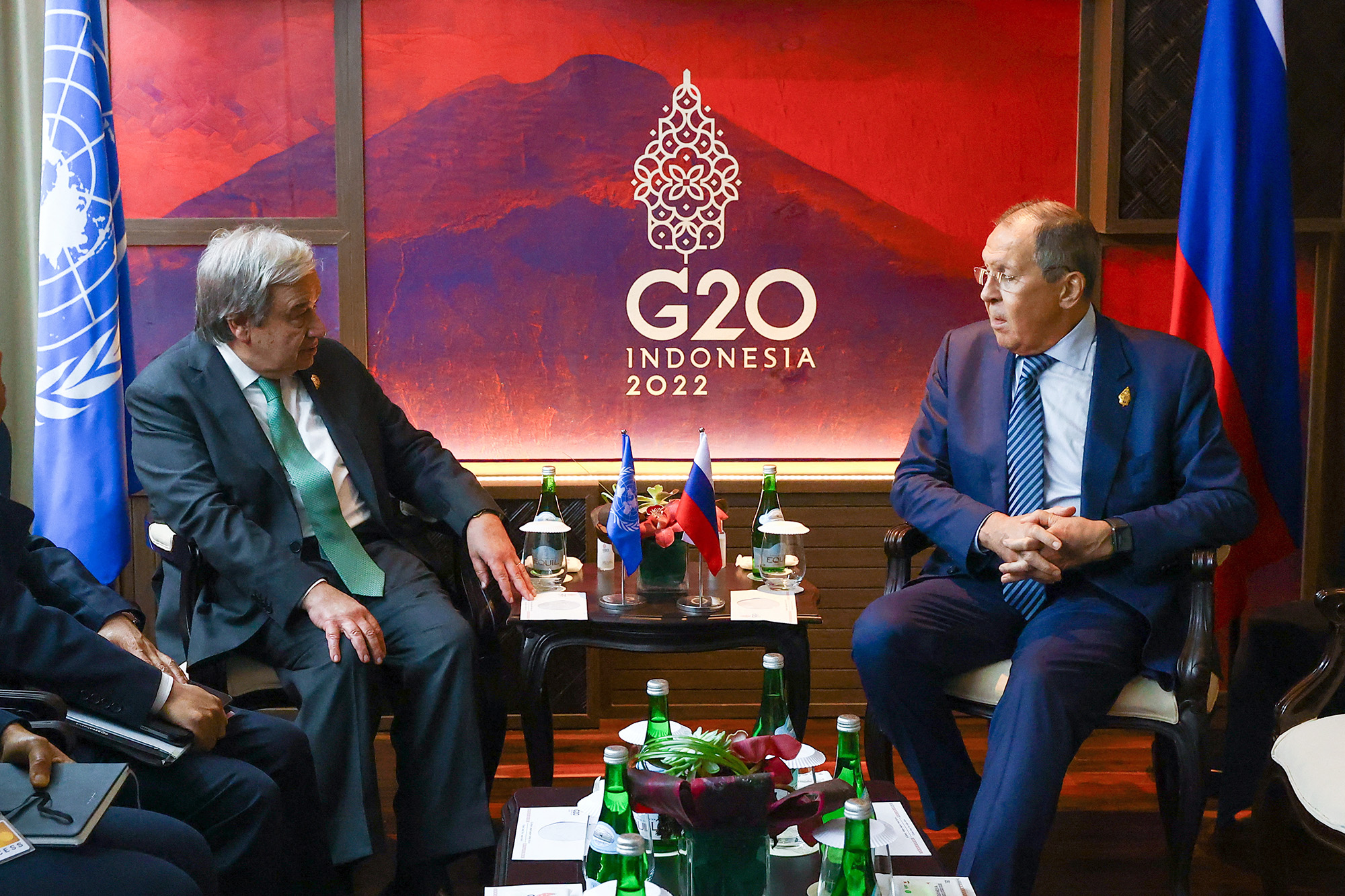 The agreement guarantees safe passage for ships carrying grain exports from Ukraine, which are key to global food supplies, but is due to expire at the end of this month.

The first term, Lavrov said, is “the export of Ukrainian grain and it is taking place after the Ukrainian Armed Forces used the humanitarian corridor for grain exports for military means.”

Russia withdrew from the deal at the end of October, citing drone attacks on the city of Sevastopol in occupied Crimea as the reason for its withdrawal from the deal.

Russia blamed Ukraine for the Sevastopol attacks. Ukraine has not confirmed that its forces attacked the city.

“We suspended this operation, but then Ukrainians confirmed that they won’t do this again. So, our Turkish colleagues and Western colleagues understand that they need to stop Ukraine from doing these things,” Lavrov said.

The second term, according to Lavrov, is to “remove barriers to the export of Russian grain.”

Lavrov praised United Nations Secretary-General Antonio Guterres, who he said was doing “all he can.”

“But, it has been five months now and no real results have been achieved,” said Lavrov. “This isn’t about promises. We need to see some action.”

“The Secretary General of the UN assures us citing his Western colleagues that all the economic operators that are securing the logistical chains of fertilizer and grain supplies from Russia are assuring him that no sanctions will be imposed on the implementation of trade agreements for our grain, including the entry of Russian ships into European ports, and the entry of foreign ships into our ports,” said Lavrov.

Lavrov said that he hopes that the UN will keep its promises, especially since Guterres himself “said it is a matter of principle,” according to Lavrov.

Some background: The agreement put in place a procedure that guaranteed the safety of ships carrying Ukrainian grain, fertilizer and other food stuff through a humanitarian corridor in the Black Sea.

Under the deal, all vessels coming to and from Ukraine’s ports were inspected and monitored by international teams made up of officials from Russia, Ukraine, Turkey and the UN.