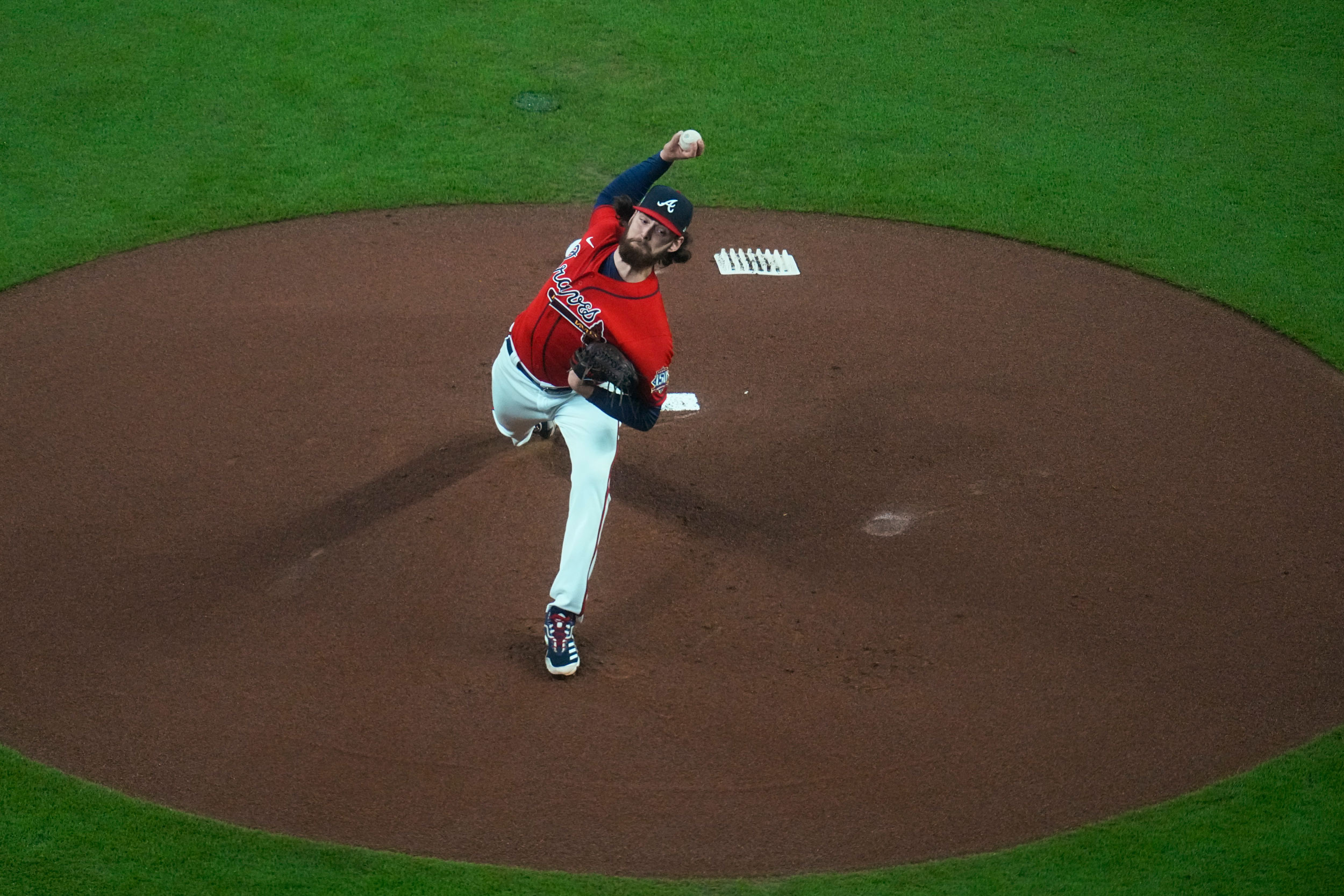 Starter Ian Anderson threw five no-hit, scoreless innings to inspire the Atlanta Braves to a 2-1 advantage over the Houston Astros in the 2021 World Series, winning 2-0 in Game 3 on Friday.

The 23-year-old dazzled the crowd over five innings, walking three and striking out four, as Atlanta hosted a World Series game for the first time since 1999.

Anderson became just the second rookie to throw at least five no-hit innings in a World Series game — the other being Jeff Tesreau in 1912.

Anderson was then pulled by Brian Snitker as he turned to the bullpen to start the sixth inning.

However, the decision was vindicated after a spotless night for the Braves’ bullpen, with four scoreless innings, two hits and no walks. Closer Will Smith picked up the save with a scoreless 9th.

Houston starter Luis Garcia also pitched well, allowing only one run while striking out six in 3.2 innings, but took the loss.

Relievers A.J. Minter and Luke Jackson carried the no-hitter into the 8th before a bloop base hit off the bat of Aledmys Diaz in front of left fielder Eddie Rosario cost the Braves a chance to become the second team in World Series history to throw a no-hitter.

Atlanta scored in the 3rd when Austin Riley lashed an RBI double down the left field line to score Rosario.

The rest of the night was a one-run nail-biter, with Travis d’Arnaud providing much-needed insurance with a 437-foot monster home run to center field in the bottom of the 8th to make it 2-0.