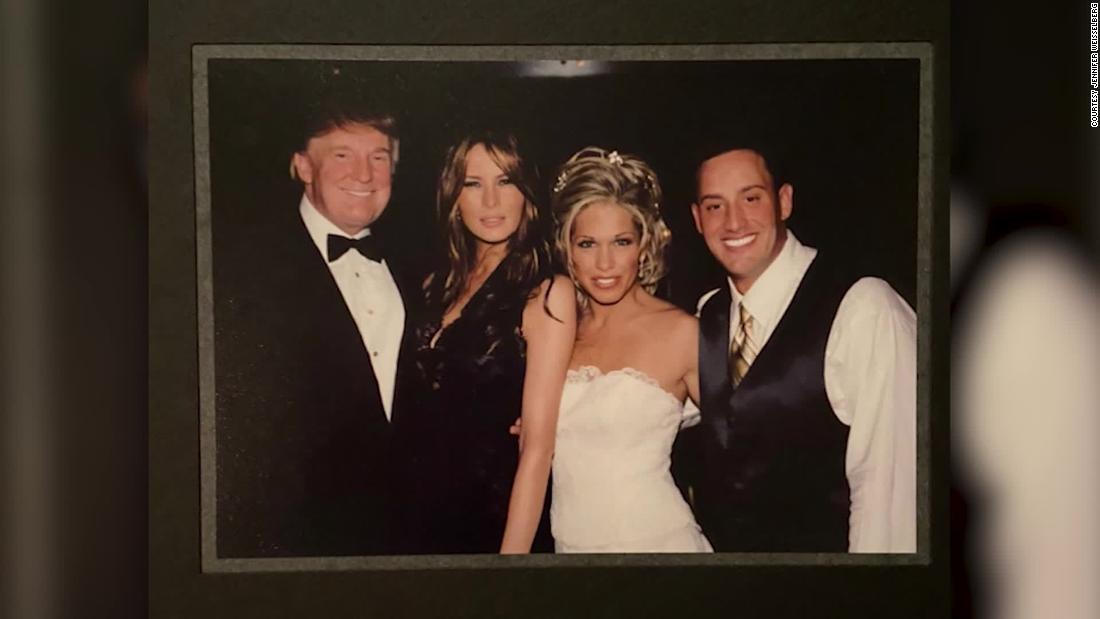 Jennifer Weisselberg — a former ballet dancer who was married to Barry, the son of Allen Weisselberg, the chief financial officer of the Trump Organization — said her conversations with prosecutors in the Manhattan District Attorney’s office have focused on “the compensation and gifts that I received” from the Trump Organization and that she had discussed details about the two apartments in which she and Barry lived.
One area prosecutors may be looking into is whether the appropriate taxes were paid on the apartments, people familiar with the matter said. Weisselberg was married to Barry for 14 years until they divorced in 2018. Barry Weisselberg worked for the Trump Organization for over a decade and was involved in managing two skating rinks and a carousel in Central Park.
Jennifer Weisselberg says she has met with officials at the Manhattan District Attorney’s office, which is conducting a criminal investigation into the finances of Trump and the Trump Organization, and attorneys with the office of New York Attorney General Letitia James, which has a civil inquiry.
“For me, when the government calls you, it’s your civic duty and there’s nothing wrong with telling the truth. It wasn’t really a choice; they called me,” Weisselberg said. “I’m happy to be as honest and transparent and just be forthcoming because I don’t have anything to hide.”
Prosecutors have cast a wide net and are examining whether the Trump Organization misled lenders and insurers about the value of certain properties, the legality of certain tax deductions, including consulting fees, and a conservation easement taken on a family estate known as Seven Springs, people familiar with the investigation say.
They are also examining a loan on a Chicago skyscraper and the reimbursement of payments to Michael Cohen, the former lawyer, who facilitated hush-money payments to women who alleged affairs with Trump, the people say. Trump has denied the affairs.

Investigators have been asking questions about Weisselberg’s children in an effort to try to leverage and pressure the father to cooperate, people familiar with the matter say. It’s a common tactic used by prosecutors to try to get people to “flip” and build a case higher up the corporate ladder.
Financial investigations can be particularly difficult and prosecutors are often aided by the help of insiders. In addition to digging into any gifts Barry Weisselberg received, prosecutors are also asking questions about another son, Jack Weisselberg, who works at Ladder Capital, a firm that has loaned the Trump Organization more than $100 million, people familiar with the investigation said. Neither of the sons have been accused of any wrongdoing. Jack Weisselberg could not be reached for comment Friday.
Allen Weisselberg is a key figure in the Trump Organization and once acknowledged in a deposition that he is the “eyes and ears” for Trump from an economic standpoint. He is of interest to prosecutors because of his close working relationship with the former President. When Trump became president, he turned the day-to-day operations of the company to Weisselberg, along with Trump’s two adult sons. Weisselberg initially worked for Fred Trump, Donald’s father, and has been the top financial officer in the organization for decades.
An attorney for Weisselberg, who has not been accused of any wrongdoing, declined to comment. A spokesman for Manhattan District Attorney Cy Vance’s office declined to comment. A lawyer for the Trump Organization could not be reached for comment, but the company has previously denied any wrongdoing.
Jennifer Weisselberg said James’ office reached out to her first in September of last year, and since then, she’s spoken with prosecutors at Vance’s office multiple times, all by video.
She said investigators came to her apartment and collected loads of documents, that forensic accountants have examined records and that she expects to meet with prosecutors again.

Focus on the two tony apartments

One perk the couple received was an apartment on Central Park South that she says they lived in from 2005 to about 2013. It wasn’t far from one of the ice-skating rinks Barry managed, and Jennifer remembers being surprised with it on the day of her bridal shower, when Barry took her to the apartment and said, “This is your wedding gift from Donald and Melania.”
Jennifer Weisselberg said the apartment was being gut-renovated at the time and she was allowed to make decisions about the renovation, including the fixtures and the floor, and that she wrote a letter to Donald and Melania Trump thanking them for the gift.
During their time living in the apartment, Jennifer Weisselberg said the couple never received any bills in the mail. Instead, she said, Barry wrote checks covering “utilities and costs” that came out to $400 a month and hand delivered them to Trump’s assistant. They also relied on the same accountant, Donald Bender, as the Trump Organization, she said, adding that she believed his fees were covered by her father-in-law. Barry Weisselberg had no comment when contacted by CNN.
“It didn’t make any sense to me that this person who was an assistant manager, who had just begun working there would be given this,” Jennifer Weisselberg told CNN.
After having two children, the couple moved out of the apartment in 2013 to another with more space, Jennifer Weisselberg said, and she believes the apartment was renovated again and sold. Public records show the unit sold for $2.9 million in 2014.
Jennifer Weisselberg said it wasn’t until divorce proceedings were underway in 2017, that she learned through a deposition with Barry that the apartment wasn’t a gift, at all, but a corporate apartment, and if so, it could be considered compensation, which may raise questions about whether it was reported properly on tax filings.
“I did not know until that moment, when he said it that it was even a corporate apartment. My mouth dropped open,” Jennifer Weisselberg said.
While the couple worked out the terms of their divorce they lived in another Trump-owned apartment on East 61st Street in Manhattan rent-free while “nesting,” a common practice where estranged spouses divide up spending time with their children separately in the home where the children live.
Jennifer Weisselberg said the living arrangement was stipulated as part of the terms of the divorce. CNN has reached out to Barry Weisselberg’s family court lawyer for comment multiple times.
“I wasn’t even given a choice,” she said. “I was like driven to the place and given keys. Literally. It turns out that that apartment is deemed a corporate apartment in legal documents too. I didn’t even know.”
The former couple is in the middle of a contentious custody dispute, and Jennifer claims Barry, who was awarded temporary full custody of their children, is pressuring her not to speak about the investigation by withholding virtual visits with the children. Jennifer spoke with Bloomberg about the investigation in November, and with The New Yorker for a March 12 story.
Barry Weisselberg has temporary full custody of their children.
Jennifer Weisselberg said she feels she has nothing left to lose and said that would be willing to testify if a case is brought, adding, “I’m not saying this is easy.”