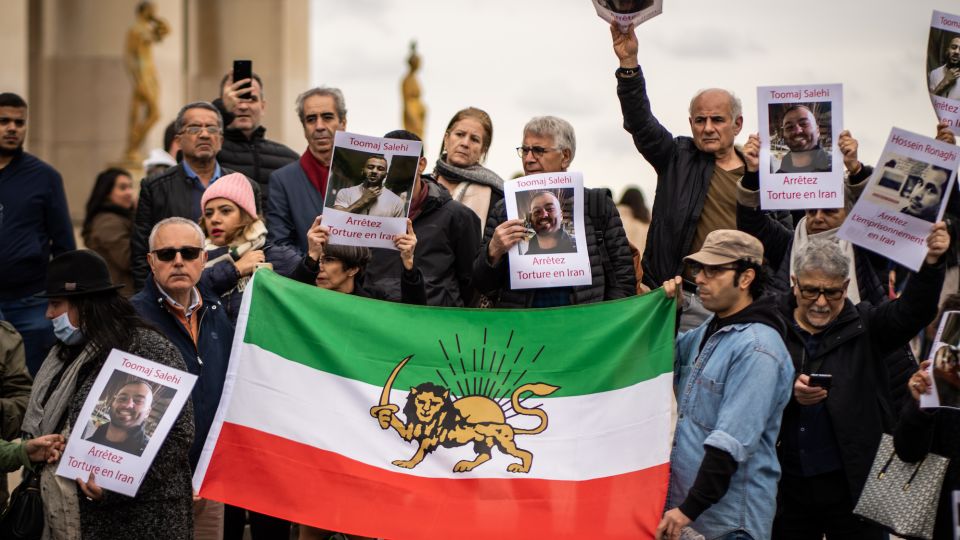 These lyrics could cost Iranian rap artist Toomaj Salehi his life. In any other country he could have easily rapped about the day-to-day problems facing his countrymen without consequence.

But because he lives in Iran, Salehi’s fate is quite different.

The 32-year-old underground dissident rapper was violently arrested last Saturday along with two of his friends, his uncle said, and now faces accusations of crimes that are punishable by death, according to Iranian state media.

As many as 14,000 people in Iran have been arrested including journalists, activists, lawyers and educators during protests that have rocked the country since September, according to a top United Nations official.

The unrest was sparked by the death of Mahsa Amini, the 22-year-old Kurdish Iranian woman who died on September 16 after being detained by “morality police” and taken to a “re-education center,” allegedly for not wearing her hijab properly.

“I woke up at two o’clock in the morning with a phone call from Toomaj’s friend saying ‘our whereabouts have been leaked,’” Salehi’s uncle Eghbal Eghbali told CNN in an interview. “Since then we have been worried about what has happened to Toomaj.”

Eghbali says he found out through Salehi’s friends later that morning that about 50 people raided his nephew’s residence in Chaharmahal and Bakhtiari Province, in southwestern Iran.

The rapper is accused of “propagandistic activity against the government, cooperation with hostile governments and forming illegal groups with the intention of creating insecurity in the country,” state-run IRNA said, quoting the Esfahan province judiciary.

Salehi’s uncle said his nephew is currently detained in a prison in the city of Isfahan, and that he has information he was tortured. Salehi is a resident of Shahin Shahr, about 20km north of Isfahan.

“We still do not know anything about Toomaj’s health condition. The family has tried very hard to even just hear his voice, but no one has given us any information about Toomaj,” he said. “We don’t even know if Toomaj and his friends are alive or not.”

Salehi’s friends who were arrested with him over the weekend, boxing champion Mohammad Reza Nikraftar and kickboxer Najaf Abu Ali, also haven’t been heard from since, Eghbali said.

“The accused played a key role in creating, inviting and encouraging riots in Isfahan province and in the city of Shahin Shahr,” a spokesperson for Isfahan Province Judiciary, Seyyed Mohammad Mousavian said according to IRNA.

After his arrest, a short video clip of what appears to be Salehi blindfolded emerged on state-backed news agency, the Young Journalists Club (YJC). Salehi appears to be under duress voicing remorse for remarks he made on social media.

Salehi’s uncle was adamant that the man in the video was not his nephew, adding that the government had political objectives in releasing the short clip. Eghbali also rejects the government’s claim that his nephew was running away at the time of his arrest.

“Absolutely not,” Eghbali said. “Because where Toomaj was living or where we are in Chaharmahal and Bakhtiari Province, basically we have no way to the border. This is a very crackbrained claim. Anyone who knows the geography of Iran will not believe such claim.”

Since the beginning of the nationwide protests which started in mid-September, Salehi, who IRNA said was also detained in September 2021, has been calling for Iranians to protest against the government.

“None of us have different color blood,” Salehi posted on Instagram. “Don’t forget our amazing union and do not allow them to create division between us, in this bloody and sad heaven.”

“Stand with us, we stood by you for years,” Salehi raps in his song “Meydoone jang” which translates as “The Battlefield.”

“It’s not enough to be rebellious, we have revolutionary roots. Arab, Assyrian, Armenian, Turkmen, Mazandari, Sistani, Baluch, Talysh, Tatar, Azeri, Kurd, Gilaki, Lor, Farsi and Qashqai, we are the unity of rivers: we are the sea.”

Days before his arrest, Salehi posted videos of himself alongside protesters on the street on Instagram. Since then, his fans, Iranians in the diaspora, as well as musicians and activists, have called for his release.

“A lot of rappers have come out and supported him,” Iranian rapper, songwriter and activist Erfan Paydar told CNN. “Toomaj’s bravery of protesting in the streets encouraged others to get out there and speak up and made people think ‘if he’s willing to go out there and he’s not scared, then maybe we shouldn’t be.’”

Paydar said that Salehi recently shared a message with his trusted friends which was to be released in the event he was arrested. “You will go forward according to my operation. You are my most trusted person,” the message reads.

“The priority is with the students and workers, you will cover all calls for protests, you will not support any party or group, do not write much about the prisoners unless their condition worsens and they have no voice. Concentrate on attack not defense.”

Security forces have arrested several musicians and artists including two other rappers who were involved in protests – Emad Ghavidel from Rasht and Kurdish rapper Saman Yasin from Kermanshah.

Ghavidel was released on bond and described in an Instagram post how he was tortured and had his teeth smashed. Yasin was subjected to severe mental and physical torture during his time in custody, according to Norway-based Kurdish human rights group Hengaw, and charged with a crime that can carry a death sentence in a sham trial.

Since the death of Mahsa Amini in custody, protesters across Iran have coalesced around a range of grievances with the regime. Meanwhile, Iranian authorities have been stepping up efforts to end the uprising. Around 1,000 people have been charged in the Tehran province for their alleged involvement in the protests, state news agency IRNA reported last week.

The trials of those accused will be heard in public over the coming days, IRNA said, citing Ali Al-Qasi Mehr, chief justice of Tehran province.

Iranian media said last weekend that the trials for several demonstrators had started the previous week.