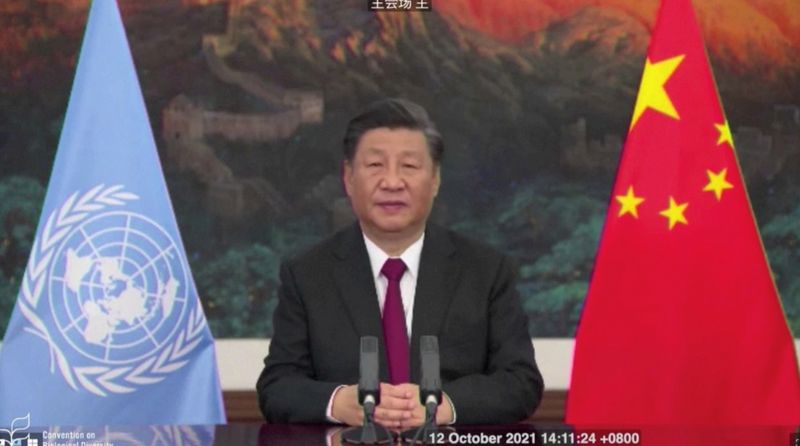 (Reuters) – Several prominent figures are in doubt to attend the Oct. 31-Nov. 12 U.N. COP26 climate summit in Glasgow in person.

Here is the latest on the status of delegates:

OUT OR STILL TO CONFIRM

-The leader of the world’s most populous country, China’s Xi Jinping, will reportedly not be there in person. He has not left China since the COVID-19 pandemic began. He is likely to make an appearance by video. China’s special climate envoy, Xie Zhenhua, said he would travel to the conference.

-The Kremlin has said Russian President Vladimir Putin will not travel to Glasgow.

-Pope Francis is not expected to attend. A Vatican source said there was a possibility that the pope would address the conference by video or that Cardinal Secretary of State Pietro Parolin would read a message on his behalf.

-Iran’s President Ebraham Raisi will not attend COP26 after reports in the British press that local politicians were calling for a criminal investigation if he set foot in Scotland.

-Mexican President Andres Manuel Lopez Obrador is not going. Mexico may not send anyone because of pandemic restrictions and costs.

-South African President Cyril Ramaphosa is not going because of local elections on Nov. 1.

-New Japanese Prime Minister Fumio Kishida has said he is considering how he will participate, possibly taking part online.

-Indian Prime Minister Narendra Modi will attend, his Environment Minister Bhupender Yadav told Reuters in an interview. India is the world’s third-biggest emitter of greenhouse gases after China and the United States.

-Queen Elizabeth, Prince Charles and Prince William along with Camilla, Duchess of Cornwall, and Kate, Duchess of Cambridge.

-Australian Prime Minister Scott Morrison confirmed on Friday he will go. While many global nations have pledged to achieve net zero emissions by 2050, Australia has refused to strengthen its targets.

-Canadian Prime Minister Justin Trudeau is expected to announce that he will attend closer to the start date, according to a government source.

-South Korean President Moon Jae-in is expected to attend, but the presidency has not made an official announcement yet.