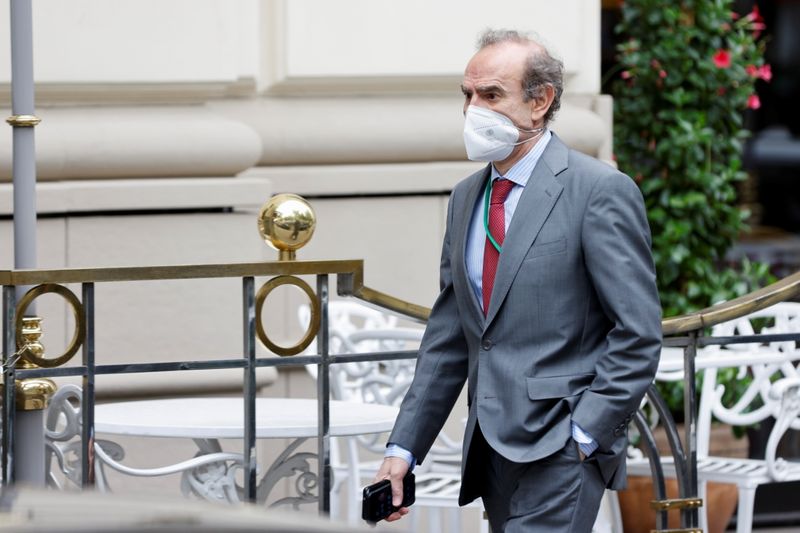 FILE PHOTO: Deputy Secretary General of the European External Action Service (EEAS), Enrique Mora, walks in front of a hotel where a meeting of the Joint Commission of the Joint Comprehensive Plan of Action (JCPOA) is held, in Vienna, Austria, May 25, 2021. REUTERS/Leonhard Foeger

DUBAI (Reuters) – The European Union envoy coordinating talks on reviving the Iran nuclear deal, Enrique Mora, will visit Tehran on Thursday, the Iranian foreign ministry said on Tuesday, as a date is still to be set to relaunch the stalled negotiations.

“(Mora’s) trip will take place on Thursday. It follows consultations between the two sides on issues of mutual interest, including relations between Iran and the Union, Afghanistan and the nuclear accord,” ministry spokesman Saeed Khatibzadeh told Iranian state media.

A major concern of Iran in any talks to rescue the 2015 nuclear deal would be around ways to verify the lifting of U.S. sanctions, Foreign Minister Hossein Amirabdollahian said on Saturday.

The talks, which aim to bring Washington and Tehran back into compliance with the pact, aimed at curbing the Iranian uranium enrichment programme, were adjourned in June after hardline cleric Ebrahim Raisi was elected Iran’s president.