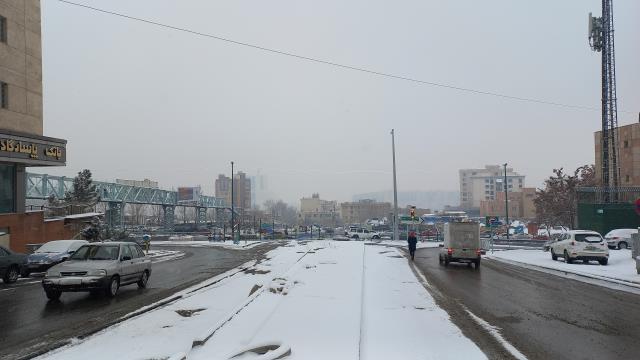 In Iran, gas and electricity consumption, which reached its peak with the effect of snowfall and cold weather in many cities, especially Tehran, caused a new crisis. While trainings are held online to save money, officials in public institutions will also work remotely.

The snowfall and cold weather, which was effective in many cities, especially in Tehran, the capital of Iran, increased natural gas consumption to peak points. The Tehran government has decided to save money and make education online and employ public officials remotely.

In the statement made by the Tehran Governorate, it was stated that the trainings will be held online at all levels today and tomorrow for the purpose of “energy saving” in heavy snowfall and cold weather, and official institution employees will also participate. business. and organizations will also work remotely. According to Iran’s official news agency IRNA, Petroleum Minister Javad Ovci stated that the closure of schools and government offices in Tehran, by order of President Ibrahim Reisi, contributed greatly to gas savings in the country.

Stating that with this decision taken yesterday and today, approximately 2.5 million cubic meters of gas consumption was saved in Tehran, Övci said, “Gas consumption in the country increased with an unprecedented decrease in air temperature in recent days. .. million cubic meters of gas was consumed.” He noted that the crude natural gas production in the country is 990 million cubic meters per day and the refinery production is 848 million cubic meters.
Meanwhile, public institutions and organizations in the provinces of Elborz, Merkezi, Semnan, Mashhad, Sistan and Balochistan, West Azerbaijan, Hamadan, Kum, Isfahan, East Azerbaijan, North Khorasan, Zanjan, Kermanshah, Mazenderan and Kurdistan, as well as Tehran, will be held remotely. While transitioning to the study, the training continued online.

THEY WILL WORK 4 HOURS A DAY

In some states, this decision is taken for a day or two, while in some states it is stated that this period will continue until the last day of the week, Thursday. In some states, daily working hours are set at 9:00 am to 1:00 pm. In Iran, which ranks first in the world in terms of natural gas reserves, the production is not sufficient for the consumption in the domestic market due to the thermal insulation problem in the houses and the high consumption of the people in the winter months. In order to reduce consumption during the winter months, schools and government offices are closed in many cities.

THE MOST SATISFIED KIDS WITH SNOW

On the other hand, due to the snow that started to be effective in the morning, traffic disruptions were experienced in the capital, while visibility decreased below 100 meters in some areas. In a short time, he made the children most happy with the darkness that covered the city with white. The children who went out to the parks and gardens had a lot of fun.