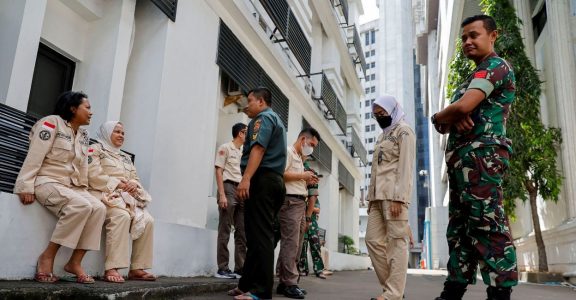 At least 46 people have died after a 5.6-magnitude earthquake hit Indonesia’s West Java province on Monday, according to the country’s National Agency for Disaster Management (BNPB).

A further 700 were left injured, according to Major General Suharyanto, head of the BNPB.

The quake hit the Cianjur region in West Java province at a depth of 10 kilometers (6.2 miles), according to the United States Geological Survey (USGS).

This is a breaking news story, more to follow.