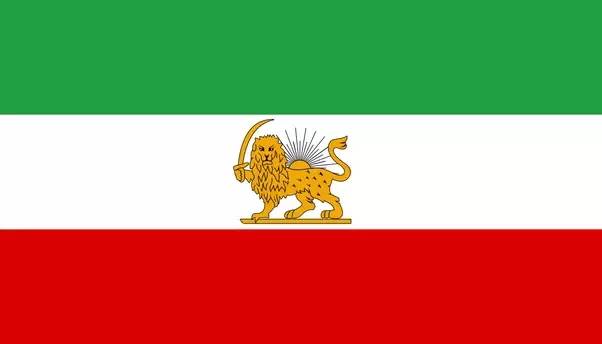 Supporting regime change and human rights for all Iranians is one thing, engaging with the right people is another

I have long been a passionate supporter of the Iranian people in their struggle to free themselves from the so-called Islamic Republic of Iran regime comes from. This is an extension of my mission to oppose tyranny and evil wherever it exists and speak truth to power.

Since the end of 2017, the Iranian people have risen against the brutal regime ruling their country. I have made friends with many freedom-loving Iranians who are striving to liberate their country from the present tyranny and I am proud to stand with them in this struggle. The struggle to free Iran from this tyranny is a matter of concern not only for the Iranian people but for all of us, just as the struggle of Eastern European people was.

My father left Czechoslovakia after the Soviet Invasion of 1968. Settling in Australia, he would also travel through Europe, the Middle East and Asia through the 1970s, with Iraq, Iran, Pakistan, Afghanistan, Laos and East Timor among the places visited. Learning about those experiences helped shaped me, along with my growing up in an Australia where attacks on our identity and freedoms are commonplace. And this has helped me relate to the Iranian people engaged in this struggle.

The Iranian opposition movement encompasses a wide range of ideologies, groups and individuals. The largest bloc and most vocal of which are nationalists and monarchists who support Reza Pahlavi and the 1906 Constitution. The legacy of the Pahlavi Dynasty has been invoked by protesters in their chants since the uprising began. The appeal and reach of Reza Pahlavi among Iranians is clearly what the regime fears, and should also be acknowledged internationally.

“A strong bipartisan majority in the U.S. House has come together to cosponsor this resolution condemning Iran’s terror attacks, it’s because the world is watching the struggle for freedom in Iran and it is cheering your cause,” sponsor Rep. McClintock Majority of House members back resolution supporting Iranian opposition, condemning regime’s terrorA majority of members of the House of Representatives are backing a bipartisan resolution that supports the Iranian opposition movement’s call for a secular, democratic Iran — and condemns Iranian state-sponsored terrorism.foxnews.com

Unfortunately, many in politics and media have made questionable choices when it comes to engaging with opponents of the Iranian regime. One of the most persistent themes has been the indulging of the Mojahedin-e-Khalq (MEK), which goes by a number of other names and operates a number of front groups in the Diaspora. It has sought support among American and European politicians (a recent resolution supporting a “Republic of Iran” has all the hallmarks of an MEK initiative).

The MEK is in fact widely despised by Iranians because of their role in bringing Khomeini to power, their subsequent collaboration with Saddam Hussein’s regime in the Iran-Iraq War, and their cult-like structure and behaviour. The Iranian opposition hates them as much as they hate the regime. They have no support inside Iran, and their rallies abroad have all the hallmarks of astroturfing.

The MEK has attempted to claim ownership of the uprising, but aren’t fooling the Iranian people. Not only is supporting them harmful to the cause of the Iranian people, it is really not in the interests of any country’s government to do so, especially when the true nature of this group has been exposed.

NEW | #Iran Is More Than #Persia: Ethnic Politics in the #IslamicRepublic Read the FDD Monograph by @ProfBShaffer with an introduction from @ReuelMGerecht here: FDD | Iran Is More Than PersiaAnalysis, Monographs | April 28, 2021 |bit.ly

Besides the MEK, ethnic-based movements have sought support in Western nations and in the Middle East, promoting either federalist or separatist agendas. They have succeeded in gaining sympathy among some politicians, journalists and think tanks. This has been met with a negative reaction from many Iranians who oppose the breakup of their country and cherish the idea of national unity.

Iran is an ancient nation rich in ethnic and religious diversity. It is not like the Soviet Union or Yugoslavia, both of which were artificial entities whose dissolution was inevitable and welcomed. It would be wrong to draw any kind of parallel here. There is nothing wrong with championing the human rights of Iran’s minority groups, but it must also be in the context of the fact that the regime’s brutality and oppression impacts upon all Iranians regardless of their ethnicity or religion.

Certainly, support for minority rights is seen as a fashionable and righteous cause, but in the Iranian case it is also fraught with the risk of creating tensions. And for Israel and the Arab states, it also risks alienating the people they need to engage with the most – namely Iranian people who wish to see the so-called Islamic Republic regime overthrown, which is in the best interests of all people in the region.

Not only does championing separatist narratives and identity politics bring the risk of conflict (some ethnic nationalist movements have conflicting claims on Iranian territory), it may also be working in the interest of the regime to do so, as the regime may try to portray itself as the only force capable of holding Iran together. And this really is the last thing anyone would want.

As for Western nations, Arab nations and Israel, please consider this: don’t risk backing the wrong horse on Iran when it comes to regime change. It is well past time that you engage with the right people on Iran, and support the people who wish to overthrow the regime and ensure a new era of peace and prosperity in the Middle East.