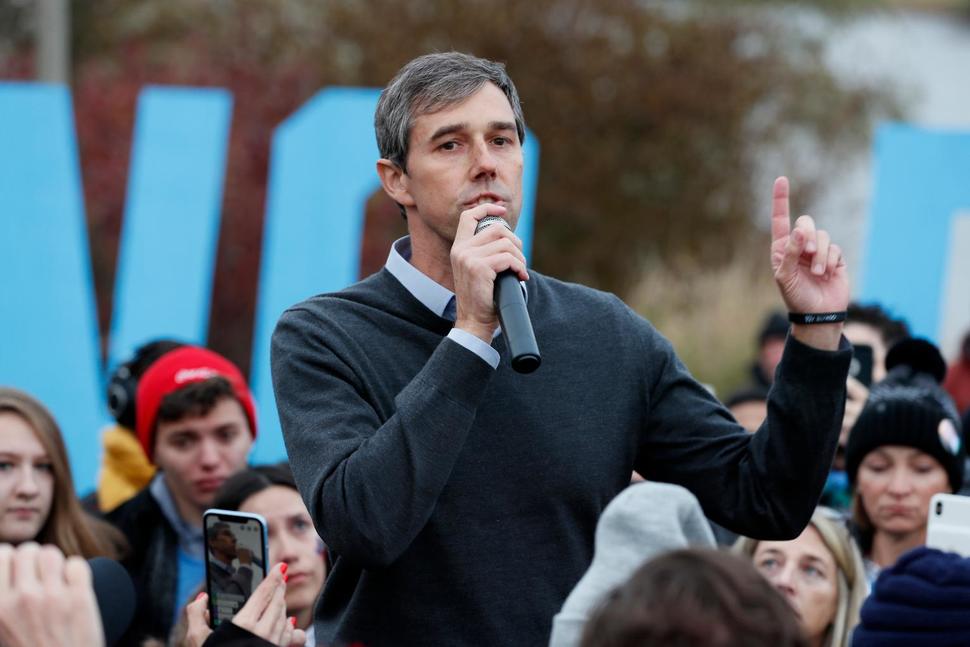 Three years after becoming Democrats’ breakout star out of Texas, and a year removed from crashing back to Earth in a short-lived presidential run, O’Rourke is again weighing another campaign — this time for governor.

But now O’Rourke, who teased an announcement of his bid for the White House on the cover of Vanity Fair, is being quiet about it. He says he hasn’t ruled out anything, but isn’t saying much else. And Texas Democrats are itching for an answer.

“Impatience is not the word for it,” Texas Democratic Party chairman Gilberto Hinojosa said. “But anxious is.”

For months, O’Rourke has kept his options open. A top aide to the former Texas congressman and presidential candidate said O’Rouke, 48, has not ruled out challenging Republican Gov. Greg Abbott in 2022 but has taken no formal steps toward a campaign, like calling donors or recruiting staff. The aide spoke on condition of anonymity in order to discuss private deliberations more freely.

If O’Rourke jumped in, it would be his third straight election cycle as a candidate, following his narrow loss for U.S. Senate in 2018 and failed White House run last year. A comeback in Texas could be complicated by liberal positions he took while seeking the presidency, but likely no other Democrat would enter the governor’s race with the same ability to quickly raise the massive campaign funds needed to compete in the state.

There is no timeline on a decision, according to the aide, who said O’Rourke only recently has been able to think more about running now that he’s finished teaching virtual classes at two Texas universities. For one he led a seminar on the struggle for voting rights — O’Rourke’s most visible cause lately, as state lawmakers are set to approve a sweeping bill that would restrict polling hours and reduce options to cast a ballot.

Texas is the last big battleground in the GOP’s nationwide campaign to impose new voting restrictions, driven by former President Donald Trump’s false claims that the election was stolen from him. That fight is the latest way O’Rourke has remained an out-front presence, following the coronavirus pandemic and February’s catastrophic freeze and blackouts across much of Texas that killed more than 150 people. He hasn’t let up on Abbott, who is expected to seek a third term.

“These jokers can’t even keep the lights on, or the heat on, or the the water on when the temperature drops. Now they want to take away our election?” O’Rourke told protesters this month at the Texas Capitol.

The decision facing O’Rourke comes at a dark moment for Texas Democrats, even by the standards of a hapless 25 years of getting clobbered in statewide elections and steamrolled in the Legislature. For one, they are still wobbling after their massive expectations for a 2020 breakthrough flopped spectacularly. The party had hoped to flip the Texas House and O’Rourke led a massive campaign to do just that, but failed to give Democrats a single extra seat.

The Election Day wipeout emboldened Texas Republicans, who have responded by muscling through staunchly conservative measures over guns, abortion and teaching curriculum that Democrats are all but powerless to stop.

Any Texas Democrat running for governor faces long odds against the well-funded Abbott, who could ultimately face a stiffer challenge from actor Matthew McConaughey and his musings about joining the race himself. Still, O’Rourke went from virtual unknown to nearly upsetting Republican Sen. Ted Cruz in 2018, and relishes the role of underdog.

While weighing his presidential run in early 2019, O’Rourke briefly grew a beard. He hit the road and wrote long, quasi-philosophical blog posts. When he did finally announce, it coincided with the Vanity Fair cover, which proved more memorable than most of his time actually campaigning.

Hinojosa said he encouraged O’Rourke to consider running for governor after last year’s letdown for Democrats. He said he’s itching for an answer because the current hole at the top of the ticket is keeping others in the party sidelined for 2022 until they know whether there will be a strong gubernatorial candidate who could boost their own chances downballot.

“I told him that I thought that we needed a strong candidate for governor and he certainly fit that mold, and that, in my opinion, if anybody could beat Abbott, he could beat him,” Hinojosa said of his conversation with O’Rourke.

Republicans who already hold massive advantages statewide are looking to extend their territory along the Texas-Mexico border, historically a Democratic stronghold, which swung heavily toward Trump in November. In Webb County, which includes Laredo, Trump cut in half his vote deficit from 2016.

Sylvia Bruni, the county’s Democratic Party chairwoman, said she hopes O’Rourke runs but knows his presidential bid could hurt his chances. O’Rourke remade his campaign after a mass shooting in his hometown of El Paso in August 2019 and during one debate even made a full-throated call on national TV for confiscating assault rifles, saying “Hell, yes, we’re going to take your AR-15.”

That kind of comment isn’t forgotten easily in Laredo, which Bruni describes tongue-in-cheek as an area where “your guns are more important than your wife.” In April, O’Rourke drove 600 miles to Laredo to knock on doors and canvass for new voters. Bruni registered another 256 new voters Thursday at a high school, and worries the election bill heading to Abbott’s desk will make casting their first ballot harder.

“No one else has surfaced,” she said of Democrats’ non-O’Rourke prospects for governor. “I haven’t seen anyone out there.”