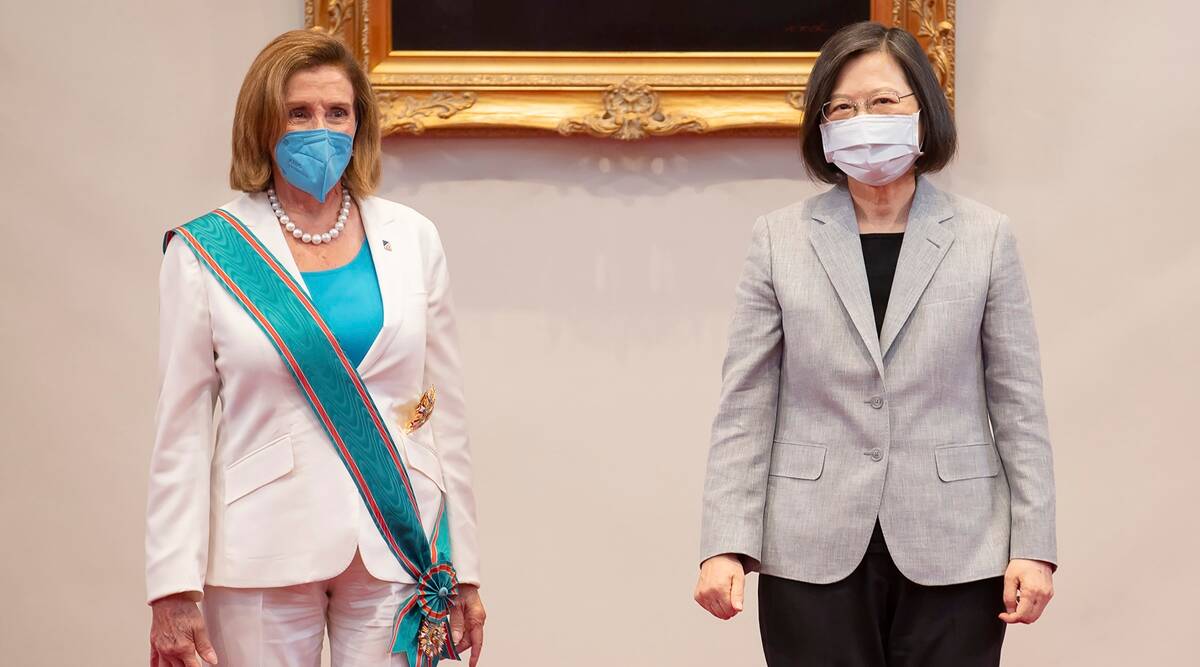 Hours after US House Speaker Nancy Pelosi spoke at the Taiwanese Parliament, China Wednesday summoned the American envoy in Beijing to lodge a stern protest. It warned that Washington will “pay a price” for its “mistakes” and asked it to stop using the Taiwan issue to contain China in any form.

Meanwhile, Pelosi said in a press meet in Taipei that the US supports status quo, but do not want anything to happen to Taiwan by force. “We want Taiwan to always have freedom with security, we are not backing away from that,” she said. Earlier, speaking at an event alongside Taiwanese President Tsai Ing-wen, Pelosi said: “Now, more than ever, America’s solidarity with Taiwan is crucial, that’s the message we bring in today.”

After weeks of uncertainty, Pelosi flew into Taiwan on an Air Force passenger jet Tuesday, becoming the highest-ranking American official in 25 years to visit the self-ruled island. China announced military manoeuvres in retaliation, to which Taiwan’s military responded that it has the ability to defend national security. Pelosi’s visit ratcheted up tension between China and the United States because China claims Taiwan as part of its territory, and it views visits by foreign government officials as recognition of the island’s sovereignty.