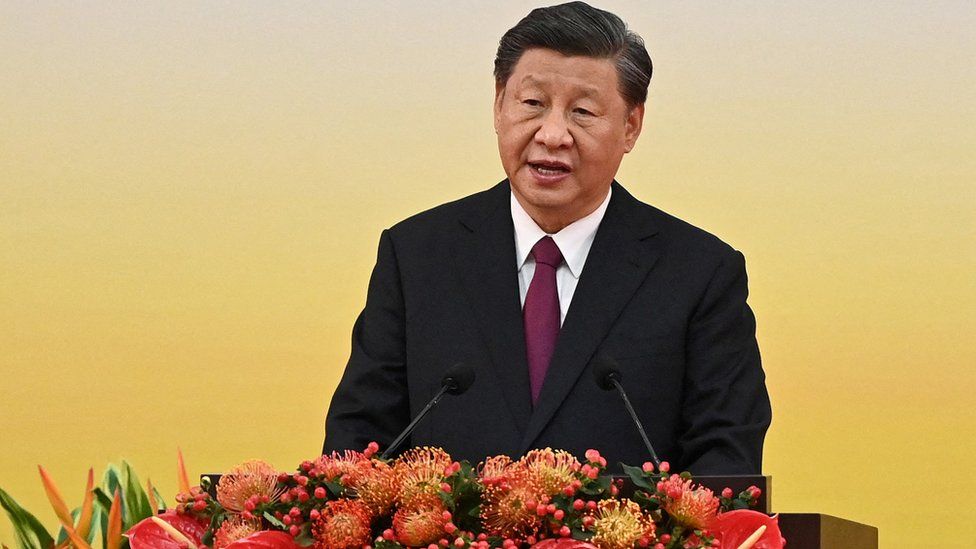 China fired ballistic missiles and deployed fighter jets and warships on Thursday as it held its largest-ever military exercises around Taiwan, a show of force sparked by US House Speaker Nancy Pelosi’s visit to the island.

Pelosi was the highest-profile US official to visit Taiwan in years, defying a series of stark threats from Beijing, which views the self-ruled island as its territory.

In retaliation, China launched a series of exercises in multiple zones around Taiwan, straddling some of the busiest shipping lanes in the world and at some points just 20 kilometres (12 miles) from the island’s shore.

The drills began around 12 pm (0400 GMT), and involved a “conventional missile firepower assault” in waters to the east of Taiwan, the Chinese military said.

The aim was to test the precision of the missiles and their ability to deny an enemy access to or control of an area, Eastern Theater Command spokesman Senior Colonel Shi Yi said in a statement.

Taipei did not say where the missiles landed or whether they flew over the island.

AFP journalists on the border island of Pingtan saw several small projectiles flying into the sky followed by plumes of white smoke and loud booming sounds.

On the mainland, at what is said to be China’s closest point to Taiwan, AFP saw a batch of five military helicopters flying at a relatively low altitude near a popular tourist spot.

Beijing has said the drills will last until midday on Sunday.

Beijing has defended the drills as “necessary and just”, pinning the blame for the escalation on the United States and its allies.

“In the face of this blatant provocation, we have to take legitimate and necessary countermeasures to safeguard the country’s sovereignty and territorial integrity,” foreign ministry spokeswoman Hua Chunying said at a regular briefing Thursday.

Military analysts told Beijing’s state broadcaster CCTV that the goal was to practice a possible blockade of the island and contain its pro-independence forces.

“The purpose is to show that the PLA is capable of controlling all the exits of the Taiwan Island, which will be a great deterrent to ‘Taiwan independence’ secessionist forces,” Zhang Junshe, a senior researcher at China’s Naval Research Institute, said.

“The operations are conducted in an unprecedentedly close range to the Taiwan Island,” Meng Xiangqing, a military expert, stressed.

“The operations will leave a deterrence effect that is stronger than ever before.”

The manoeuvres are taking place along some of the busiest shipping routes on the planet, used to supply vital semiconductors and electronic equipment produced in East Asian factory hubs to global markets.

Taiwan’s Maritime and Port Bureau has issued warnings to ships to avoid the areas being used for the Chinese drills.

And the Taiwanese cabinet said the drills would disrupt 18 international routes passing through its flight information region (FIR).

Taiwan’s 23 million people have long lived with the possibility of an invasion, but that threat has intensified under President Xi Jinping, China’s most assertive ruler in a generation.

Analysts said the Chinese leadership is keen to project strength ahead of a crucial ruling party meeting this autumn at which Xi is expected to be given an unprecedented third term.

“China’s announced military exercises represent a clear escalation from the existing baseline of Chinese military activities around Taiwan and from the last Taiwan Strait Crisis in 1995-1996,” said Amanda Hsiao, senior analyst for China at the International Crisis Group.

“Beijing is signalling that it rejects Taiwan’s sovereignty.”

Nevertheless, analysts have told AFP that China is not aiming to escalate the situation beyond its control — at least for now.

Titus Chen, an associate professor of political science at the National Sun Yat-Sen University in Taiwan, said: “The last thing Xi wants is an accidental war