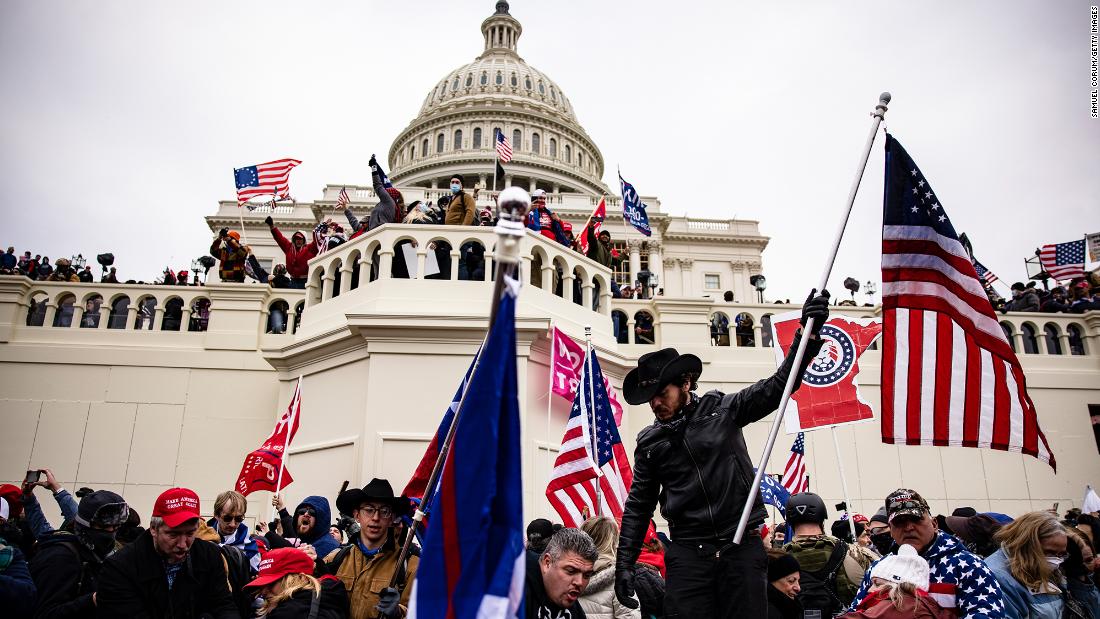 “It is inconceivable that some of the Members we protect, would downplay the events of January 6th. Member safety was dependent upon the heroic actions of USCP. It is a privileged assumption for Members to have the point of view that ‘It wasn’t that bad,'” the letter said.
“That privilege exists because the brave men and women of the USCP protected you, the Members.”
The letter is not an official statement from the Capitol Police, and a USCP spokesman said the department does not know where the letter came from. “The U.S. Capitol Police does NOT take positions on legislation,” the department said in a statement Wednesday.
USCP Chief of Staff Salley Wood also sent a statement to congressional staff obtained by CNN noting that “this letter was not sent by Department leadership nor can the Department confirm that it was actually authored and shared by USCP personnel.
CNN spoke to the officer who wrote the letter and claimed it represented the view of 40 to 50 officers. “It needed to be out there. It needed to be done,” the officer said. CNN could not independently verify that other officers supported the letter.
The letter comes after House Minority Leader Kevin McCarthy and Senate Minority Leader Mitch McConnell both came out against the legislation to establish an independent commission that would investigate the violent insurrection.
The Democratically controlled House passed the bill on Wednesday evening in a 252-175 vote, with 35 Republicans joining Democrats in supporting the legislation — a significant number considering GOP leadership and former president Donald Trump urged members to vote against the bill.
Supporters of the plan will need at least 10 Republicans in the Senate to join all 50 Democrats in the chamber in order to overcome a 60-vote filibuster and pass the bill.
Wednesday’s letter had been circulated by Democratic Rep. Jamie Raskin’s chief of staff to other chiefs of staff on the Hill with a note saying, “Mr. Raskin has been in discussions with several rank-and-file Capitol Police officers who are his constituents. He has listened to them describe their physical and emotional traumas which, for some, have led to months of mental anguish.”
“Attached is a letter from unnamed officers (who remain anonymous because they are afraid of retribution for speaking out) about their profound disappointment in the current politics surrounding the vote on the January 6th commission,” it said. “Mr. Raskin is hoping your bosses will read this letter, and consider the sentiments behind it, before the vote.”
The legislation that lawmakers will vote on would create a 10-person commission, with each party getting an equal number of appointments and subpoena power, a key provision that McCarthy had said he wanted early on in negotiations.
The bill specifically tasks the panel with examining “the facts and circumstances of the January 6th attack on the Capitol as well as the influencing factors that may have provoked the attack on our democracy.”