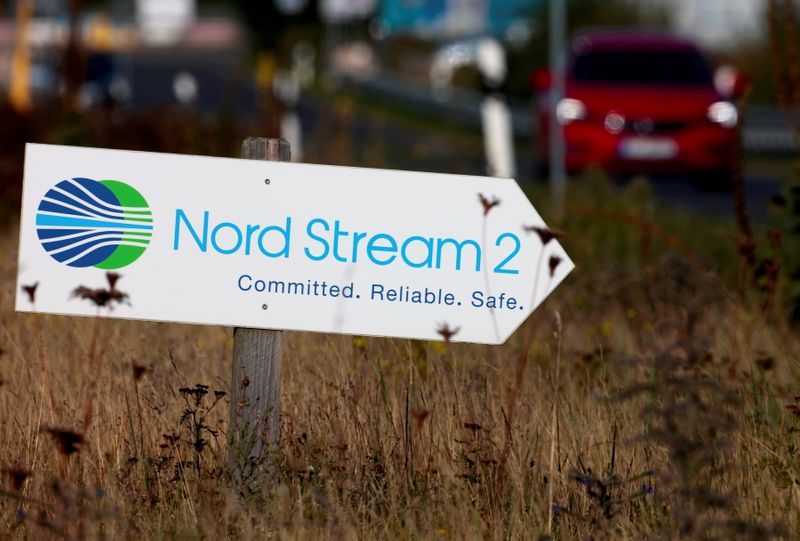 BERLIN (Reuters) – The conservative and Greens candidates to succeed German Chancellor Angela Merkel after September’s federal election clashed on Thursday on the Nord Stream 2 gas pipeline from Russia, and on whether Germany should host U.S nuclear weapons.

In their first debate, focused on foreign and security policy, Armin Laschet, from Merkel’s conservative alliance, welcomed a decision by the U.S. administration this week to waive sanctions on Nord Stream 2 AG and its chief executive.

Gazprom and its Western partners are racing to finish the pipeline to send natural gas under the Baltic Sea. The project, now about 95% complete, would bypass Ukraine, depriving it of lucrative transit fees and potentially undermining its struggle with Russia.

“I stand by the project and consider it important,” Laschet said in the debate hosted by broadcaster WDR.

“This decision on how we organize our energy supply we make ourselves, by the way, and so it is a good signal that the policy of President Trump has ended,” he said, referring to the U.S. waiver on sanctions.

“Germany always has Ukraine’s security in mind,” he added.

But Annalena Baerbock, the environmentalist Greens’ candidate, said the pipeline issue was “about war and peace”, arguing that Nord Stream 2 risks undermining Ukraine’s security. In recent months, Russia, in what it called a defensive exercise, massed troops on its western border with Ukraine and in Crimea.

Baerbock made the running for much of the debate, but Laschet and Olaf Scholz, the Social Democrats’ (SPD) chancellor candidate, called her out when she said “this German government is completely against all other Europeans with this (pipeline) project.”

In the most heated exchange in the hour-long debate, Laschet retorted: “That’s not true Ms. Baerbock, and you know it.”

The project pits Germany, the EU’s biggest economy, against central and eastern European nations, some of them EU members, who say it would increase the bloc’s dependence on Russian gas.

Baerbock’s differences with Laschet and Scholz are significant because opinion polls show a coalition is as good as certain to follow after the election, with the Greens likely to join forces with either Laschet’s conservative camp or Scholz’s SPD.