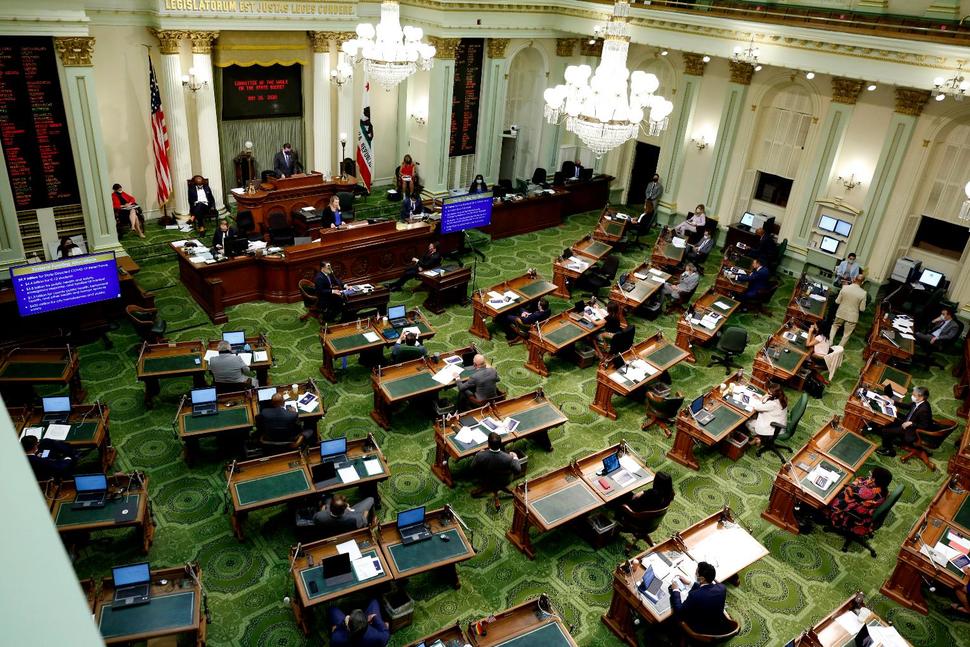 California lawmakers are scheduled to vote on a bill that would fund guaranteed income programs across the state.

Removed from her mother’s custody at age 17, Naihla De Jesus bounced between living with an aunt, a godmother and a boyfriend until landing in a transitional housing program for former foster kids.

She became ineligible for that program when she turned 24 last year, which normally would have ended her government assistance as a foster child. Instead, the taxpayers of Santa Clara County have been paying her $1,000 per month with no restrictions on how she can spend it, part of a unique “guaranteed income” program targeting former foster care children.

Now, the California Legislature is scheduled to vote Thursday on a bill that would help pay for guaranteed income programs like this across the state. It would be the first state-funded program of its kind in the country, a major step for supporters whose goal is to take guaranteed income nationally.

“The next stop is the federal government,” said Michael Tubbs, an advisor to Gov. Gavin Newsom who ran a high-profile guaranteed income program while he was mayor of Stockton, California.

For decades, most government assistance programs have had strict rules about how the money should be spent, usually limiting benefits to things like food or housing. But a guaranteed income program gives money to people with no rules on how to spend it. The idea is to reduce the stresses of poverty that cause health problems and make it harder for people to find and keep work.

“It changes the philosophy from ‘big brother government knows what’s best for you,’” said state Sen. Dave Cortese, a Democrat from San Jose. “We’ve been very prescriptive with that population as a state and as counties go. Look at the failure. Half of them don’t get their high school diplomas, let alone advance like other people their age.”

But critics — like Jon Coupal, president of the Howard Jarvis Taxpayers Association — say guaranteed income programs are “wealth transfer from productive individuals to those who may choose not to be productive.” He said a more appropriate use of taxpayer money would be scholarships or something else that incentivizes education.

“It’s less offensive if it is targeted to people who truly need it,” he said.

Guaranteed income programs date back to the 18th century. The U.S. government even experimented with them in the 1960s and 1970s during the Nixon administration before they fell out of favor.

But recently, guaranteed income programs have been making a comeback, starting at the local level in places like Stockton. Similar programs have been announced in New Orleans; Oakland, California; Tacoma, Washington; Gainesville, Florida; and Los Angeles — the nation’s second largest city.

Many of these programs have been privately funded, making it easier for elected officials to sell the public on an idea that they don’t have to pay for. But California’s funding — $35 million to start with this year — would likely launch a slew of new publicly-funded programs across the state.

Local governments and nonprofit organizations can apply for the money, and the state Department of Social Services will decide who gets it. The state wants to target the money on programs that benefit pregnant people and children aging out of the foster care system, who often must make the transition to adulthood on their own.

For De Jesus, she’s also caring for her 9-year-old brother as his temporary guardian while battling anxiety and depression. She said her condition made it hard for her to keep a job because some days she wouldn’t have enough energy to get out of bed and wouldn’t go to work.

Now, she has a full-time job as a client support specialist with the Bill Wilson Center, where she works with young people who are in situations like hers. She says she doesn’t worry about money like she used to, choosing to save most of it. She uses it to buy things for her brother, whose interest in expensive electronics grows as he gets older.

And she used the money to save for a down payment for her “dream car,” a blue Subaru WRX.

“I’m proud of myself, of where I am,” she said. “I don’t have to stress and then isolate myself and overthink, ‘Oh, I’m not going to have enough money to pay my rent or pay my phone bill.”

Santa Clara County’s program has cost the county $1.4 million so far. Participants get the money on a debit card, which they can use for purchases or to withdraw money from an ATM. County officials ask them to fill out surveys to monitor how they are doing, but they haven’t completed a thorough analysis, said Melanie Jimenez Perez, who oversees the program

If the statewide programs are successful, Cortese said he’d like to see the state expand to provide guaranteed income to seniors, a population projected to grow rapidly in California and across the country in recent years. He says the next step would be to gradually replace some traditional safety net programs with guaranteed income.

“We want life in California to start out with success,” Skinner said.