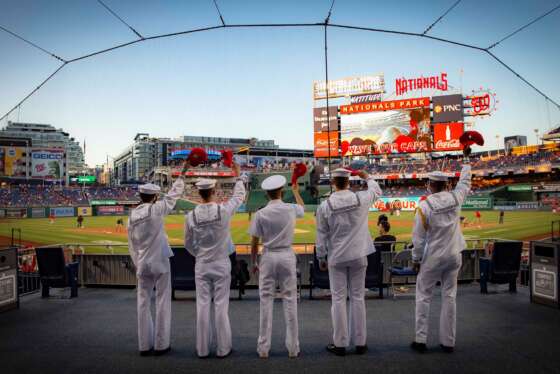 California Gov. Gavin Newsom is preparing to deliver a booming budget proposal to the Legislature.

SACRAMENTO, Calif. (AP) — It was one year ago that a solemn Gov. Gavin Newsom walked onto a podium in California’s capital city, removed his mask and announced he would raise taxes on businesses, slash spending on public education and cut the salaries of more than 233,000 state workers.

Newsom will return to that same podium on Friday, only this time he will have more than $100 billion of surplus cash to dole out in his revised budget, a motherlode that comes in a year when it’s expected a recall election will allow voters to decide whether to fire him a year before his term ends.

California’s budget bonanza is an apt reflection of the pandemic, an unpredictable roller coaster that often left officials in the nation’s most populous state baffled about what was coming next.

The state’s one-time surplus — nearly $76 billion, Newsom says — is largely because the governor and Democratic-controlled Legislature overreacted last year to a pandemic-induced economic downturn that was not nearly as severe as first feared.

The rest of the extra money comes from $27 billion in federal coronavirus aid.

While millions of low-wage earners lost their jobs and struggled to navigate the state’s overwhelmed unemployment benefits system, most middle and, especially, high-income earners worked from home and kept paying taxes.

California relies heavily on the wealthiest taxpayers, who generally did well during the pandemic. That greatly boosted state revenues and provided a budget surplus.

Newsom has heralded the surplus, and the economy that underlies it, as a rebuke of recent criticism of the state’s purported decline — a theme pushed in recent days by news of the state’s first recorded population decline and loss of a congressional seat due to reapportionment.

Speaking at a virtual breakfast on Thursday hosted by the California Chamber of Commerce, Newsom compared California to the New York Yankees, the Major League Baseball team people love to hate because of the team’s historic success.

“Don’t believe all those headlines of people that have been trying to take us down for decades,” Newsom said. “Someone described it like hating on the Yankees or something. That’s the sort of attitude people have about California.”

Newsom has already said what he wants to do with some of the state’s extra money, as he toured the state this week for a series of announcements designed to get maximum media exposure leading up to Friday.

Monday, he said 11 million people would get direct payments of up to $1,100 and pledged to set aside $7.2 billion to pay off people’s outstanding rent and utility bills. He also said he would spend $6 billion on water and drought issues.

Tuesday, he said he would spend $8.75 billion to create 46,000 housing units for the homeless, plus another $3.5 billion to help people pay their rent.

Wednesday, he said all 4-year-olds in California could go to kindergarten for free, while also pledging $5 billion to create after-school and summer school programs for districts with high concentrations of underprivileged students.

Thursday, he said he would take $1.5 billion in federal aid and give it to small business owners hurt by the pandemic while also pledging new funding for a variety of business assistance programs.

And critics, too, are waiting to see if he will address the state’s scandal plagued Employment Development Department, which has paid out billions of dollars in fraudulent benefits to prison inmates while legitimate claimants have seen weeks of delays.

“Is today the day the Governor will announce (again) that he’s fixing the EDD? Or are we moving on to new promises that will never come to fruition?” Republican Assemblyman James Gallagher tweeted.