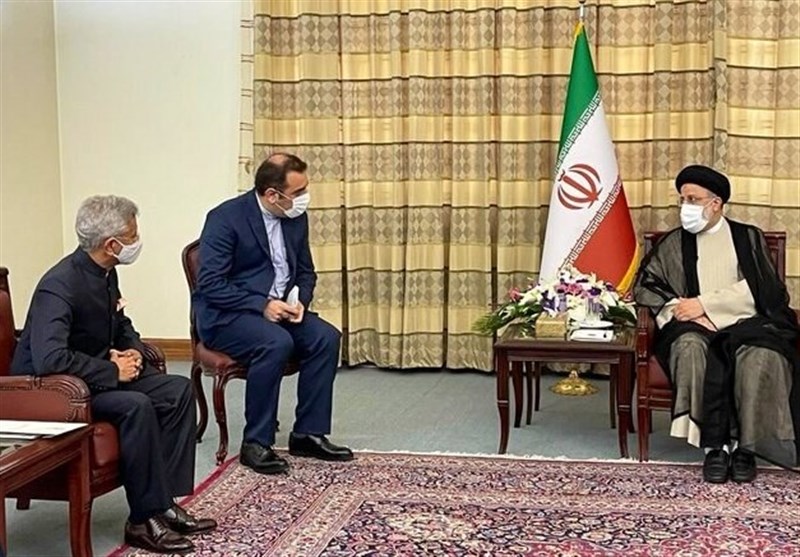 Iran’s President-elect Ebrahim Raeisi said the top priorities in the country’s cooperation with India are ensuring collective security with the participation of all regional countries as well as extensive economic interaction.

“Collective security with the participation of regional countries, including Iran and India as two important players in the region besides extensive economic interactions are among the important priorities in relations between the two countries,” Raeisi said in a meeting Indian Minister of External Affairs Subrahmanyam Jaishankar in Tehran on Wednesday.

He added that “stable and lasting” relations between Tehran and New Delhi, especially in the economic field, depended on regulating the bilateral ties in a manner that they would solely serve the two countries’ national interests.

Raeisi said the US “maximum pressure” policy against Iran had failed, as acknowledged by the Americans themselves, and the Islamic Republic would continue down its path to progress vigorously.

Elsewhere in his remarks, the Iranian president-elect expressed Tehran’s support for stability, security and peace in Afghanistan, Press TV reported.

The Indian foreign minister, for his part, said it was vital for Tehran and New Delhi, as two close regional partners, to work together to tackle different challenges.

Jaishankar pointed to the very critical situation in Afghanistan and urged all the country’s neighbors to boost cooperation in an effort to help resolve the crisis in the war-torn country.

He handed over Indian Prime Minister Narendra Modi’s message to Raeisi and said the premier had expressed confidence that strong mutual relations would continue to grow under the next Iranian administration.

The Indian foreign minister also said Modi had officially invited the Iranian president-elect to pay a visit to New Delhi.