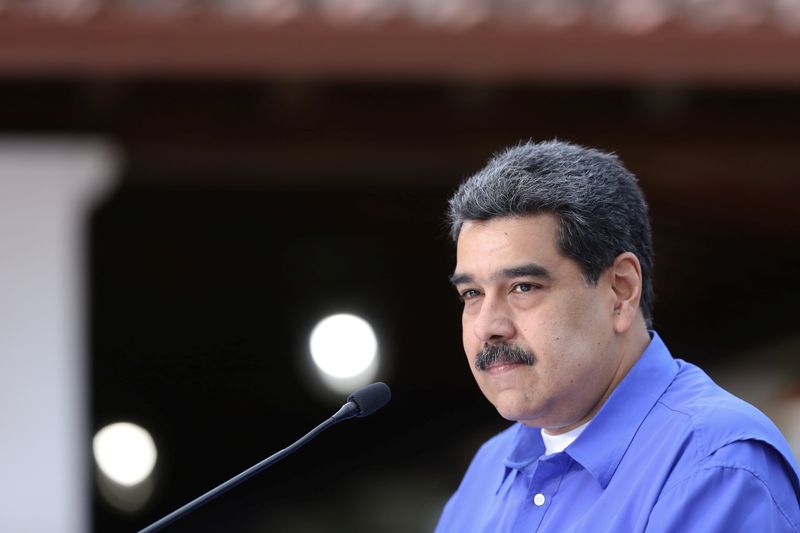 Saab, a Colombian national, is currently detained in Cape Verde facing extradition to the United States, which accuses him of helping Maduro’s government skirt U.S. sanctions imposed in 2019.

Britain said Saab had been sanctioned along with his associate Alvaro Enrique Pulido Vargas for exploiting two of Venezuela’s public programmes which were set up to supply poor Venezuelans with affordable foodstuffs and housing.

“They benefited from improperly awarded contracts, where promised goods were delivered at highly inflated prices,” the UK Foreign Office said in a statement https://www.gov.uk/government/news/new-uk-sanctions-against-individuals-involved-in-corruption-around-the-world?utm_medium=email&utm_campaign=govuk-notifications&utm_source=693cd654-677b-48a9-8823-691a07b2cfb7&utm_content=immediately. “Their actions caused further suffering to already poverty stricken Venezuelans, for their own private enrichment”.

Saab’s lawyers could not immediately be contacted but have previously called the U.S. charges “politically motivated.”. Venezuela’s information ministry did not immediately reply to a request for comment.

At the time of his arrest, Saab was en route to Iran to negotiate shipments of fuel and humanitarian supplies to Venezuela, his lawyers previously told Reuters. His plane had stopped in the archipelago nation off the coast of West Africa to refuel.

Also on Thursday Britain sanctioned Teodoro Obiang Mangue, the son of Equatorial Guinea’s president, for misappropriating millions of dollars which London said was spent on luxury mansions, private jets and a $275,000 glove worn by Michael Jackson.