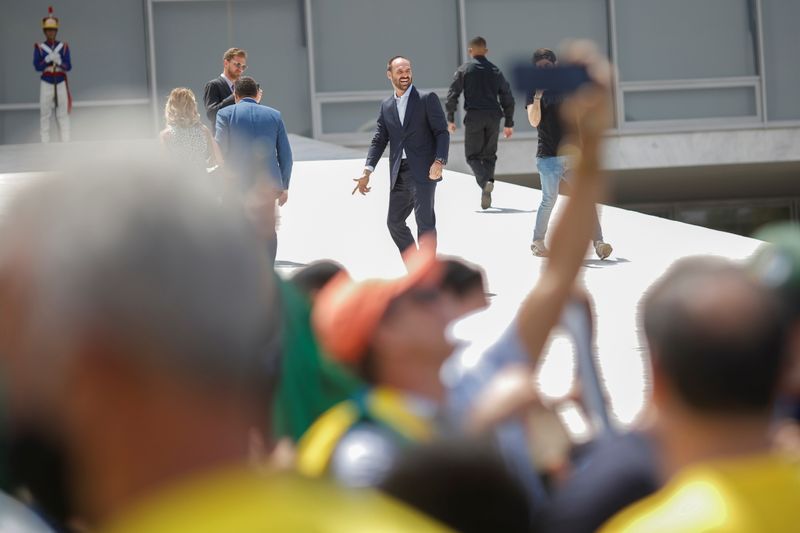 BRASILIA (Reuters) – Brazil prepared on Monday for Independence Day demonstrations by supporters of far-right President Jair Bolsonaro, who has called for a show of support for his attacks on the country’s Supreme Court that are rattling Latin America’s largest democracy.

Security was reinforced in the capital Brasilia and police started blocking access to the central mall where thousands are expected to march on Tuesday, supporting Bolsonaro in his clash with the judiciary over changes to Brazil’s voting system.

Critics fear the president is encouraging supporters to the point that they might try to intimidate or invade the courts, warning of parallels with former U.S. President Donald Trump’s backers who stormed the Capitol after his electoral defeat.

Internationally, more than 150 left-leaning former presidents and party leaders signed an open letter criticizing Bolsonaro for encouraging what they called an imitation of the Jan. 6 “insurrection” at the U.S. Capitol.

The demonstrations are “stoking fears of a coup d’état in the world’s third-largest democracy,” the letter warned.

Bolsonaro said on Friday that the demonstrations will be an “ultimatum” to the Supreme Court justices who have taken “unconstitutional” decisions against his government.

The court has authorized investigations of Bolsonaro allies for allegedly attacking Brazil’s democratic institutions with misinformation online. He has called the court-ordered probes a violation of free speech rights.

Congress and the courts also resisted Bolsonaro’s attempt to introduce paper voting receipts as a backup of an electronic voting system, which he argues is vulnerable to fraud. The electoral court maintains the system is transparent and safe.

Bolsonaro’s critics say he is sowing doubts so he can challenge the results of next year’s election, which opinion polls now show him losing to former leftist President Luiz Inacio Lula de Silva. Neither has confirmed their candidacies.

Lula announced that he would make a video address to the nation on Monday at 7 p.m. (2200 GMT) via social media.

Brasilia will have 5,000 police and military personnel on hand to maintain order at the march outside Congress, where Bolsonaro is scheduled to appear on Tuesday morning.

In the afternoon, Bolsonaro will join supporters on a major avenue in midtown Sao Paulo at gathering that he has forecast as the biggest political rally in Brazilian history.

Many leftist leaders have urged their followers to avoid clashes by avoiding counter demonstrations on Tuesday in favor of larger anti-Bolsonaro protests on Sept. 12.

Financial, industrial and agribusiness leaders in Brazil have also distanced themselves from Bolsonaro’s attacks on the Supreme Court and called for dialogue between the executive and judiciary, warning the tensions threaten an economic rebound.