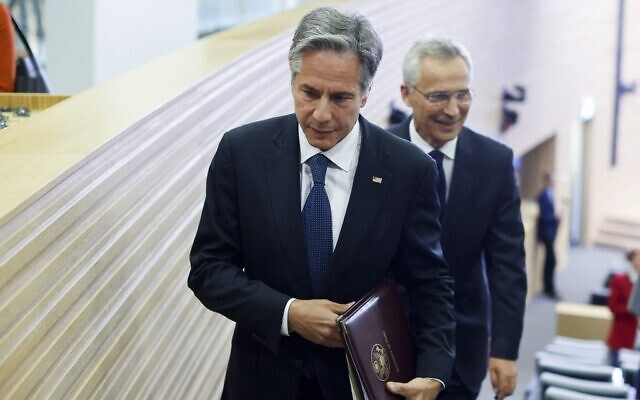 In light of Iran’s latest reply to a draft proposal by the European Union, prospects for the revival of the 2015 Iran nuclear deal in the near future are not looking good, US Secretary of State Antony Blinken said Monday evening.

“Iran seems either unwilling or unable to do what’s necessary to reach an agreement and they continue to try to introduce extraneous issues to the negotiations that make an agreement less likely,” Blinken said during a news conference in Mexico City.

The top US diplomat was in Mexico to advance talks on semiconductor supply cooperation and electric vehicle production. Speaking to reporters, Blinken answered questions about US support for Ukraine and ongoing efforts to secure a nuclear deal with Iran.

“What we’ve seen over the last week or so in Iran’s response to the proposal put forward by the European Union is clearly a step backward and makes prospects for an agreement in the near-term, I would say, unlikely,” he added, in comments reported by Bloomberg.

On Saturday, Blinken warned that Washington was “not about to agree to a deal that doesn’t meet our bottom-line requirements.”

The US pulled out of the so-called Joint Comprehensive Plan of Action in May 2018 and reimposed sanctions, prompting Iran to abandon many of its own commitments, ramping up its stockpiles of enriched uranium beyond the limits set in the pact.

While there had been initial optimism about prospects for reviving the nuclear deal in recent weeks, it has gradually dissipated, with world powers claiming that Iran made unreasonable demands at the last minute. 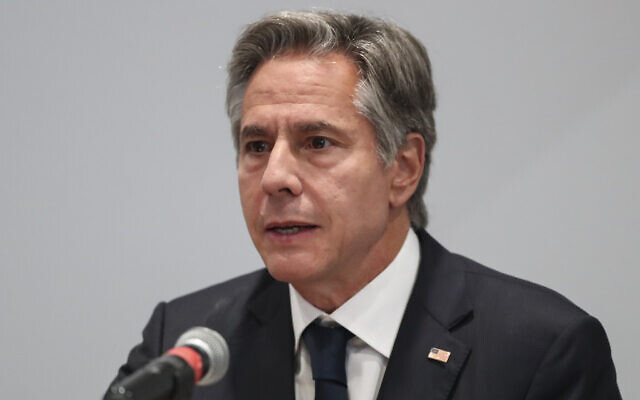 On Sunday, Germany, France, and the United Kingdom issued a statement expressing “serious doubts” over Iran’s sincerity in seeking a nuclear agreement.

Earlier Monday, a State Department spokesperson denied claims made by a senior Israeli official that the US was giving up on the talks.

Speaking on condition of anonymity, he added: “We gave information to the Europeans that proved that the Iranians are lying while talks are still happening.”

Denying the comments, a State Department statement stressed that the US remains committed to “continuing to seek a mutual return to full implementation of the JCPOA [Joint Comprehensive Plan of Action] because President Biden is convinced that this is the best way to deliver on his commitment not to allow Iran to possess a nuclear weapon.” 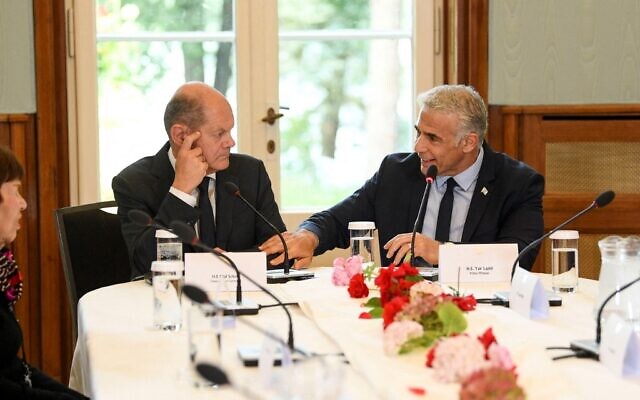 German Chancellor Olaf Scholz, left, and Prime Minister Yair Lapid during a visit of the House of the Wannsee Conference memorial in Berlin, Germany, on September 12, 2022. (ANNEGRET HILSE / POOL / AFP)

Israel has long opposed a revival of the 2015 accord, which has been moribund since then-US president Donald Trump unilaterally withdrew in 2018 and reimposed biting sanctions on Tehran. The administration claimed at the time that it would negotiate a better deal with Iran, but that effort never advanced.

Many of the US demands, such as clamping down on malign Iranian activities abroad, dovetailed with Israeli complaints about the 2015 JCPOA’s failings, but fell outside what Iran and much of the international community considered to be the scope of a possible deal.

A major sticking point has been Tehran’s insistence that the UN’s International Atomic Energy Agency drop a probe into unaccounted-for traces of enriched uranium at three sites in Iran, which the agency and the West have rebuffed out of hand.

Biden has also recognized that the original deal fails to address Iran’s ballistic missile program along with its malign activities abroad. However, he maintains that the JCPOA at least keeps Tehran’s nuclear program “in a box” and that other issues are only compounded when the program remains unrestrained.