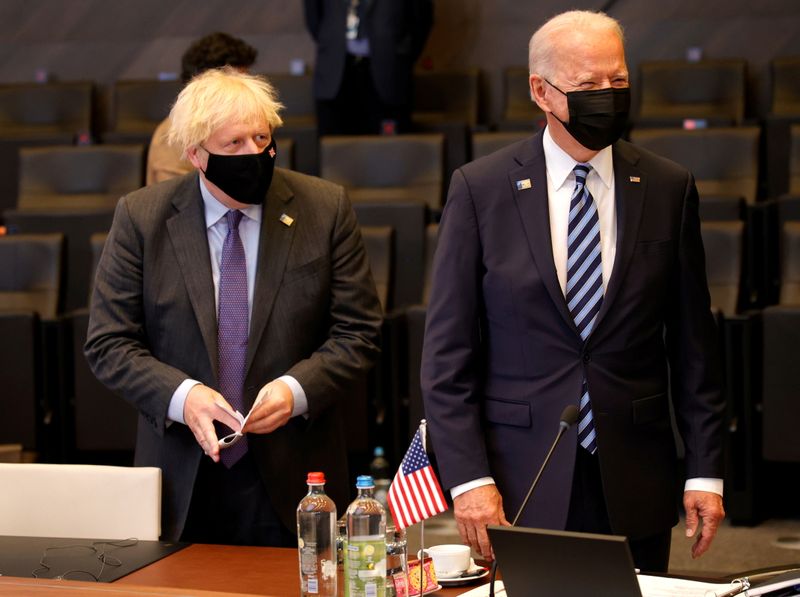 WASHINGTON (Reuters) -U.S. President Joe Biden spoke with British Prime Minister Boris Johnson on Tuesday on the situation in Afghanistan and they agreed to hold a virtual G7 leaders’ meeting next week to discuss a common strategy and approach, the White House said.

The two leaders “discussed the need for continued close coordination among allies and democratic partners on Afghanistan policy going forward, including ways the global community can provide further humanitarian assistance and support for refugees and other vulnerable Afghans,” the White House said in a statement.

The decision by U.S. President Joe Biden, a Democrat, to stick to the troop withdrawal deal struck by his Republican predecessor Donald Trump has stirred widespread criticism at home and among U.S. allies.

The United States and Western allies resumed evacuating diplomats and civilians on Tuesday, the day after scenes of chaos at Kabul airport as Afghans thronged the runway.

As they rush to evacuate, foreign powers are assessing how to respond to the transformed situation on the ground after Afghan forces melted away in just days, with what many had predicted as the likely fast unraveling of women’s rights.