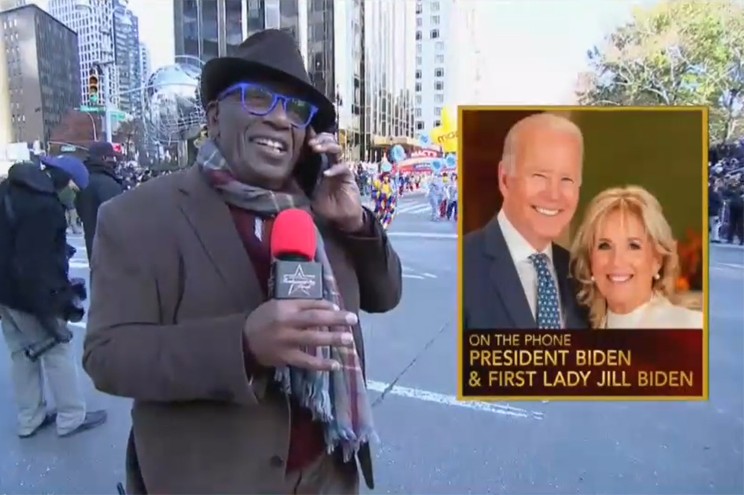 President Biden phoned Al Roker on Thursday to land a cameo in NBC’s coverage of the 2021 Macy’s Thanksgiving Day Parade — repeating his “America is Back” mantra to the weatherman even as inflation and sky-high gas prices have made this the most expensive turkey day ever.

Roker acted as though he was surprised, though the performance was unconvincing, as presidential aides typically notify journalists in advance of such calls and TV news anchors rarely answer their phones mid-broadcast.

“Hello, Al. How are you doing, pal?” said Biden, who is spending the holiday at a billionaire’s compound in Nantucket.

“Oh, Dr. Biden and Mr. President, thank you so much! Happy Thanksgiving to you!” Roker said.

Biden said, in apparent reference to a prior guest, “A New York firefighter —”

Roker said, “That’s right. We had a New York firefighter here. And it’s so good — good for you calling, we thank you so much. What’s your message to the American folks on this Thanksgiving day?”

Biden offered some positive spin top Roker, despite his own plunging approval ratings amid the highest inflation in 31 years and a resurgence of COVID-19 cases nearly two years into the pandemic.

This year, the classic Thanksgiving dinner of turkey and sides jumped 14 percent, according to the American Farm Bureau Federation.

“My message is, after two years, you’re back, America is back. There’s nothing we’re unable to overcome, Al. And you’re one of the reasons for that, pal. You’re always up, you’re always rooting,” Biden said.

Biden signed off the call saying, “wish we were there with you, Al. Nice to see you, pal.” 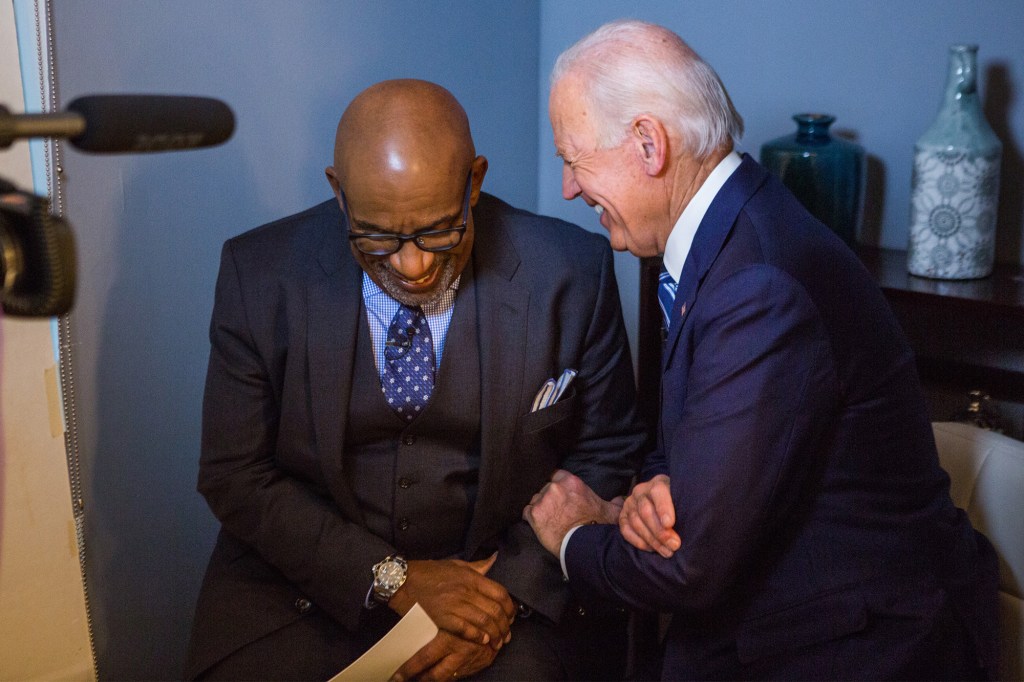 The image released by the White House of the Bidens gave a glimpse inside the posh $20 million home of David Rubenstein, a co-founder of the Carlyle Group, who is hosting the Bidens for the holiday. Biden and his family arrived on the Massachusetts island late Tuesday for their stay.

The weekend stay has raised eyebrows among ethicists who say he should reimburse Rubenstein for the fair market value of the stay.

Biden previously stayed at Rubenstein’s compound in 2014, during his tenure as vice president, according to Nantucket Magazine. Biden did not report that stay as a gift in his 2014 financial disclosure form, even though gifts valued at more than $350 should have been noted.

After the call, Roker returned to his faux-surprise, exclaiming to viewers unfamiliar with presidential interview procedures, “How did he get my phone number? Well he’s the president of the United States, I guess he can do that!”

The longtime “Today” weatherman has enjoyed a cordial relationship with the president. He fist-bumped Biden in January at the president’s inaugural parade in DC. And in 2013, he gave then-Vice President Biden a celebratory handshake at that parade.

And although the veteran NBC personality fired off just one question, it’s likely to count as one of Biden’s fewer than two dozen interviews so far as president — far fewer than his six most recent predecessors, including Ronald Reagan, who doubled Biden’s number of interviews despite being shot in the lung two months after taking office.