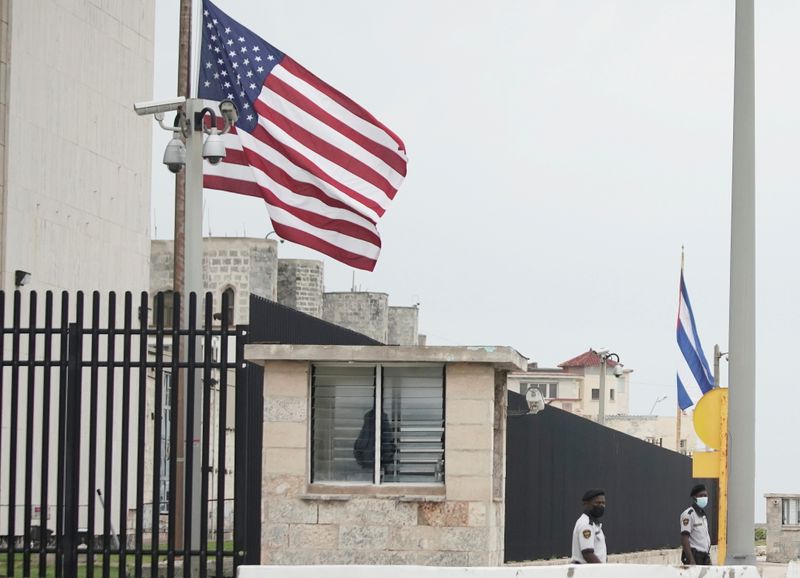 By Matt Spetalnick and Trevor Hunnicutt

WASHINGTON (Reuters) – The White House received recommendations from a government working group on restarting remittances to Cuba but sent some back for further work to ensure that money sent by Cuban Americans to families on the island does not fall into the hands of the Cuban government, a senior U.S. official said on Friday.

U.S. President Joe Biden had asked the Treasury and State departments in July to report back on how to allow remittance payments – a financial lifeline for many Cubans – without the Cuban government and military profiting.

The Biden administration has slapped sanctions on Cuban officials and security forces in response to Havana’s crackdown on protesters in July.

Strict limits on remittances were imposed by former President Donald Trump, who rolled back the historic rapprochement that his predecessor, Barack Obama, oversaw between the United States and its old Cold War foe.

Biden, who served as Obama’s vice president, had promised during the 2020 presidential campaign to re-enage with Cuba’s communist government.

But relations have remained tense, especially since protests erupted in July amid severe economic crisis and a surge in coronavirus infections at the time. Thousands took to the streets, angry over shortages of basic goods, curbs on civil liberties, and the authorities’ handling of the pandemic, and scores were arrested.

“We have received the recommendations of the State Department-Treasury Remittance Working Group,” the senior Biden administration official told reporters while declining to offer details on those ideas.

“We’ve sent some of those back because because … what the president has said publicly is that we are willing to restart remittance flows, but want to ensure that … the Cuban military is not deriving benefit from from that,” the official added.

The official said Biden has instructed his aides to develop a “third way” that is “tough on the regime and soft on the Cuban people.” The administration is consulting with Democrats and Republicans as well as the Cuban exile community, the official said.

Biden officials are mindful that any easing of restrictions on Cuba could lead to political fallout from conservative Cuban Americans. They make up a large voting bloc in south Florida and mostly backed Trump’s tough policies toward Havana, helping him to win the important swing state – though he lost the election to Biden.