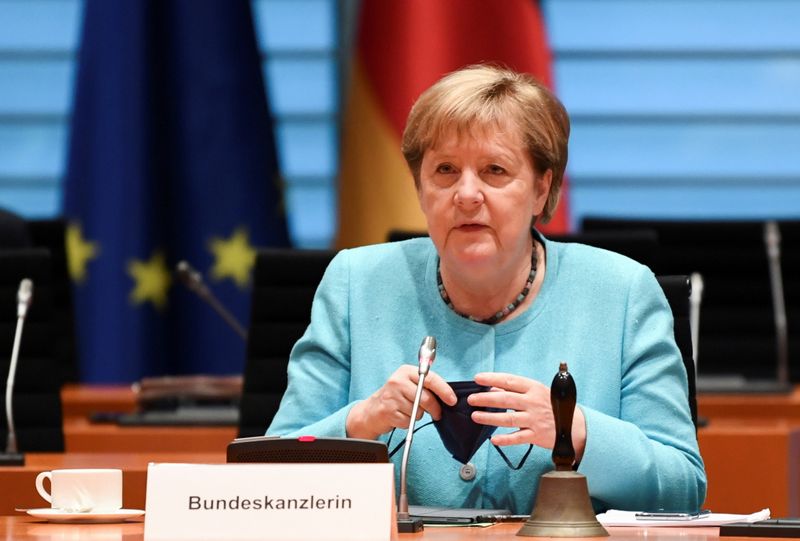 By Andrea Shalal and Jeff Mason

The United States and Germany are key NATO allies but are at odds over a host of tough issues, including the Nord Stream 2 pipeline being built from Russia to Germany under the Baltic Sea, which Washington fears will increase European reliance on Russian gas.

They also disagree over the wisdom of partnering with China on business deals, continuing restrictions on travel to the United States from Europe, and Germany’s opposition to temporary patent waivers aimed at speeding COVID-19 vaccine production.

Biden, 78, and Merkel, 66, see eye to eye on a string of broader issues. They will likely discuss joining forces to fight threats to democracy around the world, counter Russian cyberattacks and territorial aggression in Eastern Europe, and China’s push to dominate advanced technologies, officials in both governments said.

Ending the pandemic and halting climate change will also come up, they said.

But the two leaders do not have much time to work together on strengthening ties between the world’s largest and fourth-largest economies.

Merkel, chancellor since 2005, plans to exit Germany’s government after national elections in September, meaning she is likely to be seen as a “lame duck” in her final months in power.

Polling shows her Christian Democrats are poised to take the lead in forming a government after the election, but it remains unclear which parties would be included in a coalition.

Biden’s Democratic Party has tenuous majorities in the U.S. Congress that could evaporate in the 2022 congressional elections.

John Emerson, who served as ambassador to Germany under former President Barack Obama, said the relationship remains “indispensable” for Washington given Germany’s role as the largest economy in Europe and a NATO ally, as well as its importance as a bridge builder in dealing with Russia, the Middle East and North Africa.

Merkel’s White House visit – the first by a European leader since Biden took office in January – shows the United States is trying to make amends with an ally that was often attacked during the Trump years.

“Inviting her to come is important symbolically, but it’s also an opportunity to get the relationship back on the right track, and that is clearly happening,” Emerson said.

Merkel’s agenda on Thursday includes breakfast with Vice President Kamala Harris, a one-on-one meeting with Biden and a dinner hosted by the Bidens at the White House. Merkel also will make remarks after receiving an honorary degree from the School of Advanced International Studies at Johns Hopkins University.

Germany’s transatlantic coordinator, Peter Beyer, said Germans were aware that there was only a limited time available to move forward, given the risk that Biden could be weakened after the 2022 elections.

Merkel may advise Biden on what to expect in the next German government, said Jackson Janes, a senior fellow at the German Marshall Fund of the United States.

“I think it will be a sense of saying: ‘Thanks for the memories,’ and maybe a little bit more about what (Biden) should be thinking about as he deals with the next administration in Berlin,” he said of Merkel’s likely message on her trip.

(Reporting by Andrea Shalal and Jeff Mason; Additional reporting by Arshad Mohammed in Washington and Andreas Rinke and Joseph Nasr in Berlin; Editing by Kieran Murray and Peter Cooney)