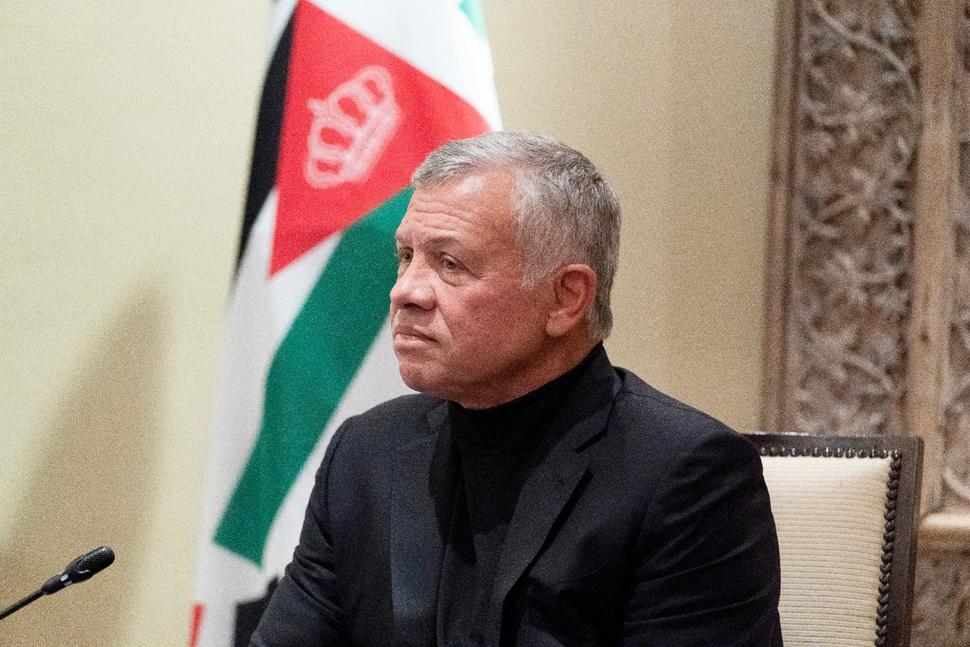 President Joe Biden is set to host King Abdullah II of Jordan, a meeting that comes at one of the most difficult moments of the Jordanian leader’s 22-year rule and at a pivotal moment in the Middle East for Biden.

President Joe Biden is set to host King Abdullah II of Jordan during one of the most difficult moments of the Jordanian leader’s 22-year rule and at a pivotal time in the Middle East for Biden.

Meanwhile, Biden, who has put much of his foreign policy focus on China and Russia in the early going, faces some difficult issues in the Middle East. He is dealing with stepped-up attacks against U.S. troops in Iraq and Syria by Iranian-backed militias at the same moment that his administration is trying to nudge Iran back to the negotiating table to revive the nuclear agreement that Donald Trump abandoned during his presidency.

White House press secretary Jen Psaki said the meeting “will be an opportunity to discuss the many challenges facing the Middle East and showcase Jordan’s leadership role in promoting peace and stability in the region.”

Abdullah had a difficult relationship with Trump, who he saw as undercutting a peace deal between Israelis and Palestinians with his 2017 declaration of Jerusalem as Israel’s capital. He also chaffed at the Trump administration’s pursuit of what officials called the Abraham Accords — deals with Bahrain, the United Arab Emirates, Sudan and Morocco that normalized relations with Israel but left out the Palestinians.

Biden has no plans to reverse U.S. recognition of Jerusalem as the capital, and his administration has even offered praise for the Trump-brokered accords — a rare instance of the Democratic administration speaking positively of the former administration’s policy-making.

Biden officials plan to stress to Abdullah that the accords are not an “end run” on finding the way to a peace deal that includes a Palestinian state, according to a senior administration official who was not authorized to comment publicly and spoke on condition of anonymity.

The two leaders are expected to discuss the situation in Syria — more than 1 million Syrian refugees have fled the war-ravaged nation for Jordan — and a wobbly security situation in Iraq, the official said. At least eight drone attacks have targeted the U.S. military presence in Iraq since Biden took office in January, as well as 17 rocket attacks.

Abdullah is the first Arab world leader to meet face-to-face with Biden. The president is set to host Iraqi Prime Minister Mustafa al-Kadhimi at the White House next week, and Biden has invited Israel’s new prime minister, Naftali Bennett, to visit later this summer.

Abdullah is also set to have a working breakfast Monday with Vice President Kamala Harris and to meet Tuesday with Secretary of State Antony Blinken.

The Oval Office meeting with Biden is also a chance for the king to spotlight his closeness to Biden following the attempted coup.

Bassem Awadallah, who has U.S. citizenship and once served as a top aide to King Abdullah II, and Sharif Hassan bin Zaid, a member of the royal family, were found guilty of sedition and incitement charges. Both men denied the charges and Awadallah’s U.S. lawyer said his client alleged he was tortured in Jordanian detention and fears for his life.

They are alleged to have conspired with Prince Hamzah, the king’s half-brother. Biden, who has known Abdullah for years, was quick to publicly express “strong U.S. support for Jordan” and praise the king’s leadership after details of the coup attempt were unveiled in April

Queen Rania and Crown Prince Hussein are expected to join Abdullah for the White House visit. First lady Jill Biden is to host the queen for tea at the White House.