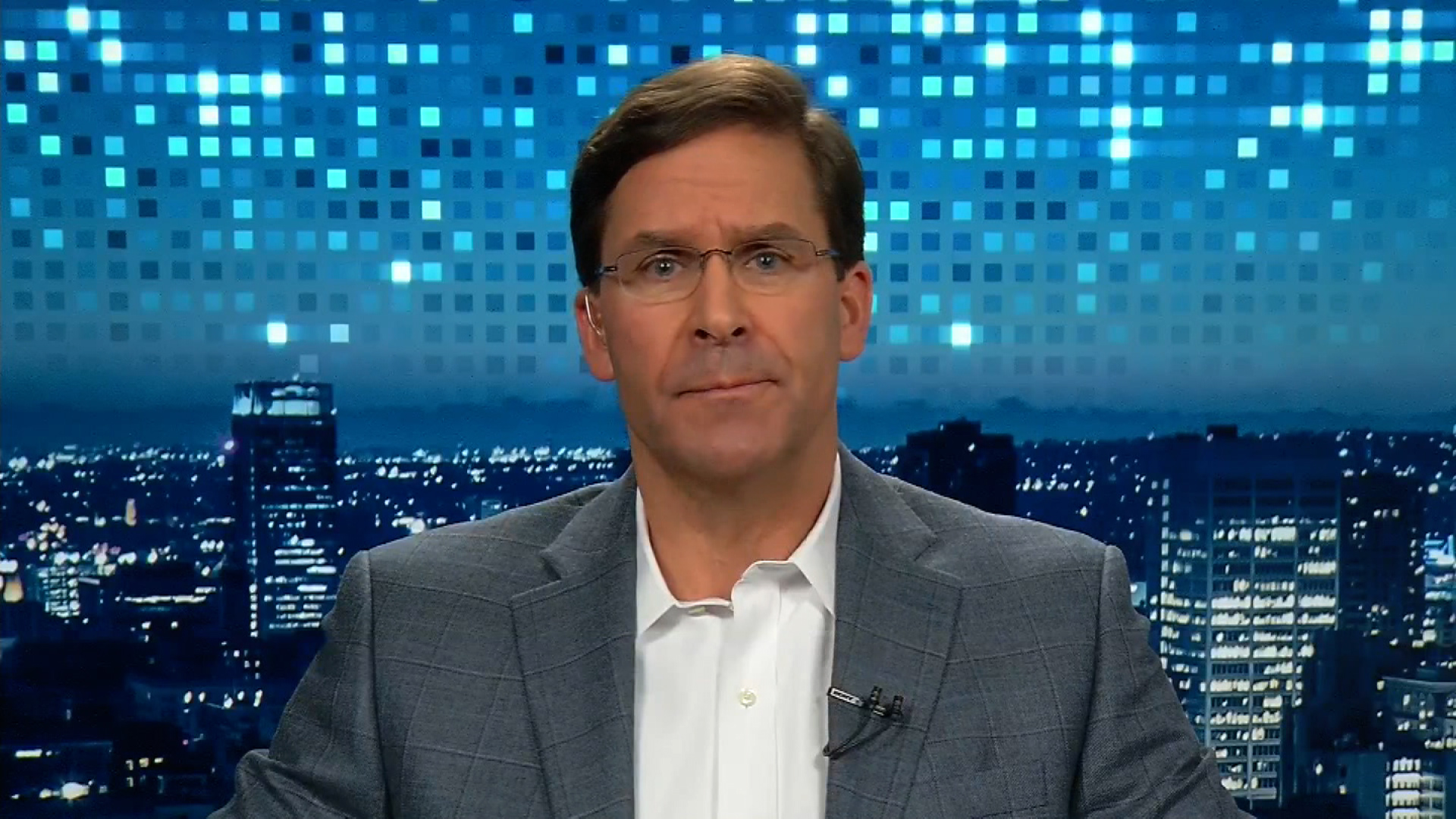 “Of course there were more options between the two binary choices presented by the President. Just better planning and extending the timeline and taking a more thoughtful approach and not relying on simple assumptions, would have prevented this disastrous outcome that we’re seeing unfolding… before us right now. It’s a humanitarian crisis that I fear will grow worse in the coming days and weeks,” Esper said.

Esper told Amanpour that the Afghan people deserved better leadership over the past 20 years and “to put this all on” Afghan forces is “shifting the blame”.

“We saw them fight with the United States and allied support,” he said.

“The fact is President Biden owns this. He owns the mess that’s been created over the past couple weeks and should own up to it and really at this point, we have to remedy the situation,” Esper added.

Amanpour pressed Esper on the negotiations the Trump administration started with the Taliban in 2020 and how that impacted the current situation on the ground: “This was started under your administration, the President you served. Can you take us into the conversations that were underway that even imagined that this would result in anything other than what we have seen today?”

Esper said that he ultimately agreed with the overall policy of withdrawing troops from Afghanistan, but added, “Just because negotiations began under the Trump administration does not ignore the fact that, again, President Biden owns this situation, implementation of his withdrawal that we now see unfolding before us.”

That agreement included US troop reductions and the Taliban agreeing to make sure Afghanistan does not become a safe haven for terrorists. “I was very clear at the time that this agreement had to be conditions based. That both sides need to meet their ends of the agreement,” Esper said.

“I thought, that despite it not being a perfect deal, or great deal, it was a good enough deal,” he noted.

Esper said that he believed Trump’s continued efforts to withdraw US forces from Afghanistan “undermined the agreement” and that is why he objected to Trump’s push to pull troops by Christmas 2020. Esper said he believed that US forces should not go below 4,500 troops until conditions were met by the Taliban.