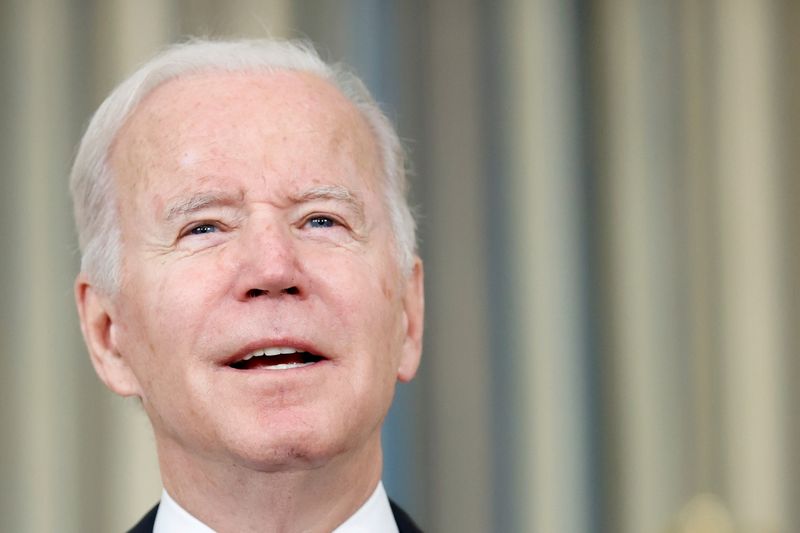 By Jeff Mason and Andrea Shalal

WASHINGTON (Reuters) – President Joe Biden will host European Commission head Ursula von der Leyen at the White House on Wednesday to discuss trade and Western Balkans turmoil, among other issues, as he continues to try to mend ties with the European Union.

The Washington get-together comes shortly after Biden and von der Leyen, who is president of the EU’s executive, met during the G20 gathering of world leaders in Rome and the U.N. climate conference in Glasgow.

The White House said the two leaders would follow up on those meetings and discuss “rules of the road” for the economy through a joint U.S.-EU trade and technology council, global warming, and regional issues such as Ukraine and the Western Balkans.

Biden, a Democrat, has sought to shore up ties with Europe after his predecessor Donald Trump, a Republican, spurned allies and institutions during his time in office.

“President Biden will reaffirm his support for the European Union as a fundamental partner for the United States,” White House spokesperson Emily Horne said in a statement.

Transatlantic relations have improved under Biden, with the United States and the EU settling two major trade disputes on aircraft subsidies and steel production to make common cause on bigger threats posed by China.

Biden and von der Leyen may discuss a sharp spike in energy prices that has fueled concerns about inflation, deepening discussions begun during the G20.

Biden, who has hammered OPEC and its partners to increase oil supply, has urged major G20 energy producing countries with spare capacity to boost production to ensure a stronger global economic recovery.

The White House has indicated it is looking at various options if OPEC and its partners do not do more to boost production but has declined to spell out what those options may be.