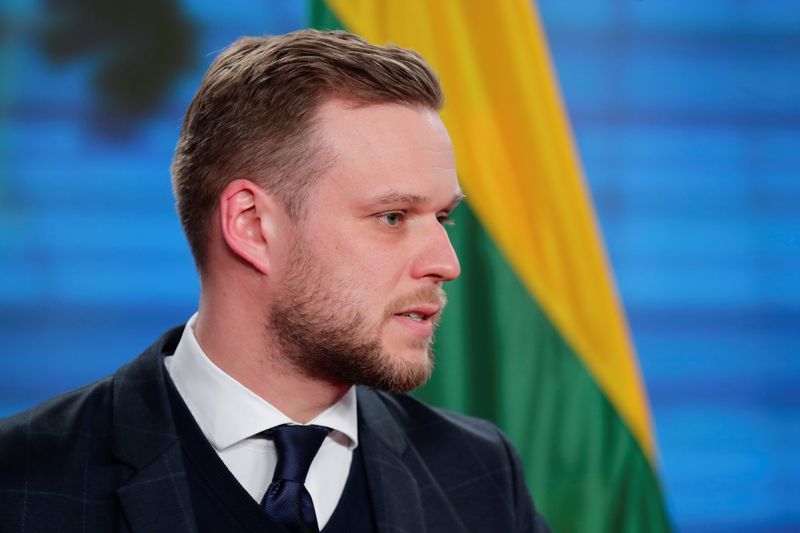 BRUSSELS (Reuters) – The European Union should consider a fifth round of sanctions on Belarus because the country’s government is flying in migrants from abroad to send them illegally into the bloc, Lithuania’s foreign minister said on Monday.

“When refugees are used as a political weapon … I will talk to my colleagues in order for the European Union to have a common strategy,” Lithuanian Foreign Minister Gabrielius Landsbergis said as he arrived for a meeting with his EU counterparts, calling for more sanctions.

Lithuania began building a 550-km (320-mile) razor wire barrier on its border with Belarus on Friday, after accusing Belarusian authorities of sending hundreds of mainly Iraqi migrants into Lithuania.[nL2N2OL0HM]

The European Union’s border guard agency Frontex said on Monday it will send additional officers, patrol cars and experts for conducting interviews with migrants to gather information on criminal networks involved to Lithuania.

“The situation at Lithuania’s border with Belarus remains worrying. I have decided to send a rapid border intervention to Lithuania to strengthen EU’s external border,” Frontex Executive Director Fabrice Leggeri said in a statement.

In the first week of July, Lithuanian authorities recorded more than 800 illegal border crossings at its border with Belarus, according to Frontex.

While in the first half of the year most migrants came from Iraq, Iran and Syria, the agency said, nationals of Congo, Gambia, Guinea, Mali and Senegal accounted for the majority of arrivals in July.