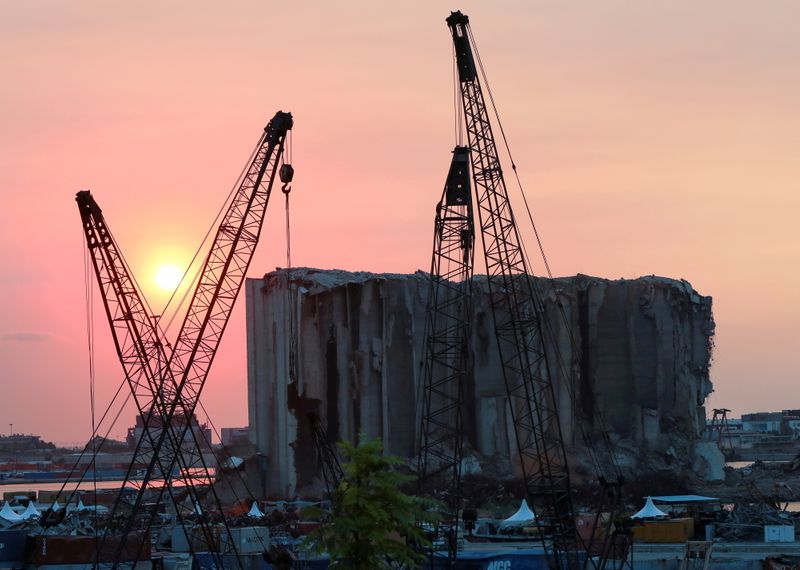 BEIRUT (Reuters) – The probe into last year’s deadly Beirut port blast has been cleared to resume after being suspended for more than a month on legal claims against its lead investigator, judge Tarek Bitar, a judicial source said.

A Beirut court rejected the last of the suits preventing Bitar from questioning top officials on Tuesday.

“They have reversed the decision that had led to the suspension of the probe and he can now resume his work for sure,” Nizar Saghieh, head of the Legal Agenda, a research and advocacy organisation, told Reuters.

The resumption could be temporary should further legal complaints be filed, he said.

The investigation into the Aug. 4, 2020, blast that killed more than 215 people, injured thousands and destroyed large swathes of the city has made little headway amid pushback from powerful factions, some of whom lead smear campaigns and filed multiple suits against Bitar.

The leader of the Iranian-backed, armed Shi’ite Muslim political movement Hezbollah has repeatedly said he wanted Bitar removed from the case and the row over him has spilled over into govenrment, with Prime Minister Najib Mikati’s cabinet unable to meet since Oct. 12.

Many Lebanese are angry that more than one year on from the blast no senior official has been held accountable for the country’s worst peace-time disaster as it slips into political and economic meltdown.

Bitar has sought to question senior politicians, including former ministers and members of parliament, since July but nearly all have spurned him.

He is the second judge to take charge of the investigation after a legal complaint against the partiality of his predecessor Fady Sawan saw him removed in February.