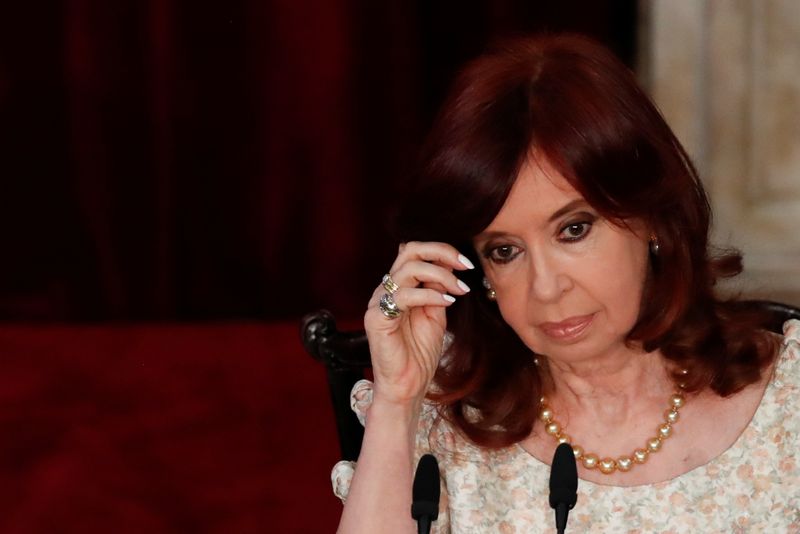 BUENOS AIRES (Reuters) – An Argentine judge on Thursday dismissed the case against former President Cristina Fernandez de Kirchner over an alleged cover-up of Iran’s possible role in the 1994 bombing of a Jewish community center that killed 85 people.

The case made international news in 2015 when the prosecutor leading the case against then-President Kirchner was found dead in his apartment, leading to speculation that he had been murdered.

The judge on Thursday ruled that the allegations against Fernandez and other administration officials “do not constitute a crime”, according to news reports in local media.

The judicial case looked into the Fernandez administration’s attempt to sign a memorandum with Iran to investigate who was responsible for the car bombing.

In his indictment in 2015, Nisman said that in signing the memorandum, Fernandez was trying to clear former Iranian officials, who were wanted internationally, in exchange for commercial benefits.

The judge dismissed the case because it had not been proven that there was a coverup regarding the memorandum, or that benefits had been exchanged.

Fernandez served as President of Argentina between 2007 and 2015, and now serves as Vice President. The judge’s decision can be appealed.