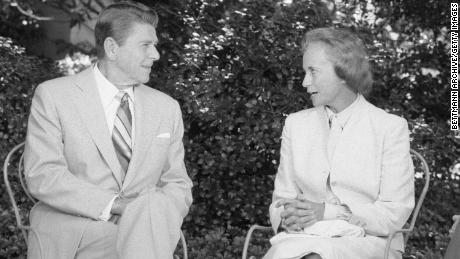 Share
Tweet
Share
Share
Email
Comments
Offensive. Insulting. Obscene. Conservatives’ characterizations of President Joe Biden’s commitment to nominate a Black woman to the US Supreme have been as ridiculous as they’ve been predictable.
In important ways, this panic mirrors the response to former President Barack Obama’s nomination of Sonia Sotomayor to the high court in 2009, when some GOP lawmakers engaged in a bad-faith campaign against the 11-year US appellate court veteran, who would go on to become the court’s first Latina member.
“Justice Sotomayor was attacked for her temperament. Conservatives asked, ‘Is she too combative? Is she smart enough?’ All of these thinly veiled attacks on her because of what they saw as identity politics,” Douglas Keith, counsel in the Brennan Center’s Democracy Program, told CNN. “Today, she stands out on the court as the justice most likely to speak up about the impact of the court’s decisions on people’s lives.”
The aforementioned impugning didn’t end with Sotomayor’s confirmation.
“She exists in a space that has no equivalent for a white man on the Supreme Court. She must earn the respect of conservative commentators every single day on the job,” Slate’s Dahlia Lithwick and Mark Joseph Stern recently wrote.
Really, the tub-thumping about Biden’s position on a still-to-be-named nominee does two things: It hides the fact that conservatives also have long embraced picks’ identities, and ignores the substantive value of injecting more diversity into the judiciary.

The GOP is hardly a stranger to pointing up a Supreme Court nominee’s identity. Which example to start with here?
In 1980, Ronald Reagan made a statement not too different from the one Biden made last week.
“It is time for a woman to sit among our highest jurists,” the Republican presidential nominee said at a news conference, at a time when he was facing backlash for his opposition to the Equal Rights Amendment and trailing with women in the polls. “I will also seek out women to appoint to other federal courts in an effort to bring about a better balance on the federal bench.”
Reagan made good on his promise the following year, with his nomination of Sandra Day O’Connor, who, on her unanimous confirmation by the Senate, became the high court’s first woman justice. Identity was again at the forefront a few years later, in 1986, when Reagan was mulling over how Antonin Scalia might fit into a changing judiciary landscape in the wake of Chief Justice Warren Burger’s announcement of his intent to retire.
“He (Reagan) seemed intrigued by Judge Scalia, who was young enough to serve on the Court for an extended period of time, and be the first Italian-American appointee to the Supreme Court,” White House counsel Peter Wallison wrote in a memo.
Reagan went on to nominate Associate Justice William Rehnquist for Burger’s seat, and chose Scalia for the associate justice spot. The Senate confirmed both on the same day. As CNN’s Joan Biskupic charts in her 2009 book, “American Original: The Life and Constitution of Supreme Court Justice Antonin Scalia,” “There were many references to Scalia’s Italian roots” during Senate Judiciary Committee hearings.
Also: Justice Amy Coney Barrett. Following Justice Ruth Bader Ginsburg’s death in 2020, then-President Donald Trump made clear the gender of his imminent court pick.
“I will be putting forth a nominee next week. It will be a woman,” he told a crowd at a campaign rally in Fayetteville, North Carolina.
Just days later, Trump announced that he was nominating Barrett, presumably as a kind of heir to the feminist icon Ginsburg, though the former seems poised to rule in a way decidedly at odds with the latter.
(Notably, replacing Ginsburg with Barrett recalled the deep cynicism of replacing the civil rights lion Thurgood Marshall with Clarence Thomas, who’s spent his career chipping away at his predecessor’s legacy.)
As the racist smear job against an unnamed Biden nominee rages on, it’s crucial to mention that, throughout history, one group has invariably benefited from a particular expression of identity politics: White men, who’ve accounted for 108 of the high court’s 115 justices.
“The convos about Black women & the Supreme Court is just another demonstration of how the white is always silent. Generations where white and male was the primary qualification,” Nikole Hannah-Jones, the creator of The 1619 Project, noted on Twitter. “84 percent of the judges Trump appointed were white, but because he didn’t say white, it’s cool.”
Hannah-Jones continued, asking, “Does anyone believe that the field of Black women being considered are unqualified? Are not equally qualified? Are not, based on what we know about how overachieving Black people have to be to even be considered, most qualified?”
Indeed, it says lots that before Biden can even select one of the remarkable candidates on his short list to take Justice Stephen Breyer’s spot, conservatives assume that she’s not only suspect but inferior — merely a “beneficiary” of affirmative action. That’s all a Black woman can be, apparently.

Having a diverse judiciary matters

Something that conservative critics appear to care nothing about: the fact that having a diverse judiciary can make a meaningful difference in people’s lives.
Consider the issue of public confidence in the judiciary. Keith, with the Brennan Center, pointed to a study published in 2010 that found that greater representation of Black judges boosted the courts’ legitimacy in the eyes of Black Americans.
But a diverse judiciary is about much more than just perception.
“Diversity broadly impacts the kinds of decisions produced by our nation’s courts,” the Harvard University political scientist Maya Sen laid out last year in a testimony to the Senate Judiciary Committee. “The message is that judges from different backgrounds often do rule differently from one another.”
For evidence, Sen marshaled a number of studies, including one published in 2005 that found that women judges are more likely to decide in favor of plaintiffs in Title VII sexual harassment and sex discrimination cases, and one published in 2008 that found that White judges are less likely to vote in favor of plaintiffs in Voting Rights Act cases.
Keith echoed some of Sen’s sentiments.
“The answers to legal questions, especially those that reach the Supreme Court, are often not obvious, and they require judges to use their own understandings to interpret and apply the law to events that the drafters of those laws never once considered,” Keith said. “And so, of course, judges’ education and personal experiences are going to inform how they read the law — how they apply the law.”
Then, he put bluntly why having diversity on the bench matters.
“Until the judiciary better reflects the public it serves, it’s actually ill-equipped to serve that public,” Keith said.