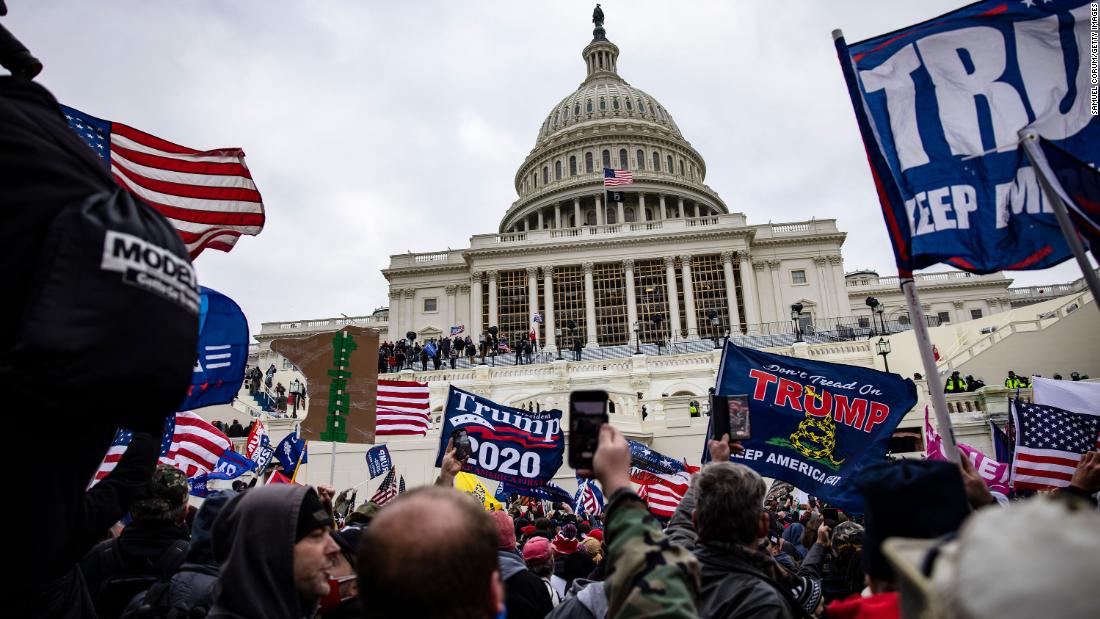 While she hadn’t been a big fan of Donald Trump for his four years in office, the riot he helped incite at the US Capitol that day convinced the Wyoming Republican that she needed to speak out more forcefully.
“The President of the United States summoned this mob, assembled the mob, and lit the flame of this attack,” she said soon after the insurrection. “Everything that followed was his doing.” She was one of 10 House Republicans to vote to impeach Trump — which ultimately led to her ouster as the third-ranking Republican in the House.
Which makes Cheney’s reflections on that day all the more intriguing and powerful as she seeks to explain what changed and why. Cheney spoke at length to the Casper Star-Tribune earlier this week, with one moment from that day really standing out to her. Here’s Cheney:
“One of the most troubling moments of that period of the day was when one of my colleagues on the other side of the aisle was sitting across from me and he looked at his phone and he said, ‘Liz, there’s a Confederate flag flying in the rotunda. And that moment was really — you realize that never happened during the Civil War.”

That image — a symbol of the split of the United States over the issue of slavery — badly undermines the idea put forward by former President Donald Trump and his allies about who was rioting and why. Remember that Trump said this in a video released hours after the rioting at the Capitol had begun, addressing the rioters directly:
“There’s never been a time like this where such a thing happened where they could take it away from all of us — from me, from you, from our country. This was a fraudulent election, but we can’t play into the hands of these people. We have to have peace. So go home. We love you. You’re very special. You’ve seen what happens. You see the way others are treated that are so bad and so evil.”
“We love you.” “You’re very special.”
(It’s worth noting here that more than 400 people have been charged by the Department of Justice for their roles in the January 6 riot. And that more than 100 police officers were injured. And that five people died.)
The attempted rewriting of that day has only increased since January 6.
There was Georgia Rep. Andrew Clyde (R) describing January 6 as a “normal tourist visit.” And Wisconsin Sen. Ron Johnson (R) insisting that there was “no violence” on the Senate side of the Capitol that day. And House Minority Leader Kevin McCarthy, who engaged in an expletive-laden phone call with Trump as rioters overran the Capitol building, recently saying this of that call:
“What I talked to President Trump about, I was the first person to contact him when the riots (were) going on. He didn’t see it. What he ended the call was saying — telling me, he’ll put something out to make sure to stop this. And that’s what he did, he put a video out later.”
Cheney’s remembrance of that day should shock Trump and the rest of his Republican allies out of their stupor about what really happened on January 6. This was an armed insurrection organized by people who had been convinced — by Trump — that the 2020 election had been somehow stolen from him (and them). The people beating police officers weren’t “very special.” The people chanting “Hang Mike Pence” weren’t aiming for a peaceful protest. And the person carrying a Confederate flag through the heart of the US Capitol wasn’t a patriot.