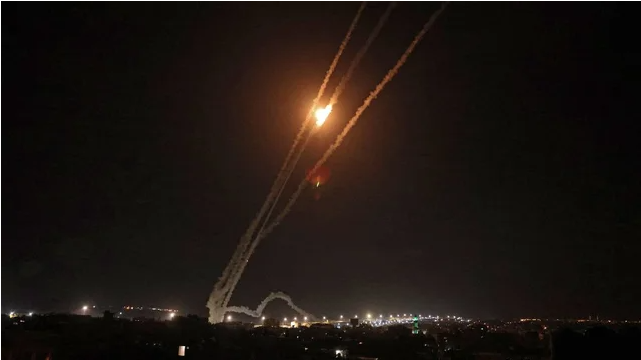 What are the lessons of this most recent Israel-Hamas war?

If these are his major take-aways, he’s on the wrong track. The two-state solution is further away than ever today, and Mahmoud Abbas’s claim to be the real leader of the Palestinian people has never been weaker.

As to the two-state solution, it should be obvious that these days of war will make the idea of removing the IDF from the West Bank look like madness to most Israelis. If Israel leaves, who exactly will prevent Hamas from taking over, seizing control of the West Bank as it did of Gaza in 2006, and as Hezbollah did in south Lebanon? Until that question can be answered, the two-state solution is a slogan rather than a serious destination.

Equally off base is President Biden’s statement that Abbas is “the leader of the Palestinian people.” If he were, he would not have vetoed the parliamentary elections scheduled for May 22.  Why did Abbas cancel the voting? Polls suggested that Hamas would get as much as a third of the seats in the Palestinian Authority (PA) parliament and with that considerable political power and legitimacy. Moreover, Hamas would have gained a decades-long goal: admission into and real influence in the PLO. And new rivals to Abbas in the West Bank also polled well and seemed likely to siphon votes. It’s important to understand this point because it reveals a fundamental problem Israel and Americans who search for peace and stability also face. That problem is the profound breakdown of Palestinian politics.

President Biden is right to wish that Abbas was the real Palestinian leader, because no “peace negotiations” can possibly succeed until Israel has a partner who can sign a peace agreement and enforce it. There can be no “peace negotiations” with Hamas, which is dedicated to eliminating the State of Israel through violence. There should be no compromises with terror, such as by letting Hamas run in a democratic election when it refuses to say it will abandon terror.

But what are the alternatives to Hamas? Only the discredited and increasingly unpopular Fatah machinery?

As the parliamentary election campaign developed early this year, we began to see actual competition. Dozens of groups formerly associated with Fatah and the PA announced their intention to run candidates. In the struggle with Hamas the Fatah party, initially led by Yasser Arafat and since his death in 2004 by Abbas, has presented a form of secular Palestinian nationalism weakened by vast corruption and (since it took on some elements of a government in the Palestinian Authority) incompetence.

Secular Palestinian nationalism of the Fatah variety may never attract enough support from pious Muslims to beat Hamas and its religious claims. This means that those seeking to defeat Hamas politically should rethink the role of Islam in their political platforms and their efforts to win votes. As the Ennahda movement showed in Tunisia, leaders can sometimes attract votes by arguing that Islam means the search for peace, democracy, and non-violence. And for secular Palestinians, the Fatah party may be too compromised by corruption, cronyism, and poor governance ever to win back majority support.

If Palestinian politics is ever to empower officials who seek peace and democracy rather than those who seek power and self-enrichment, there must be serious efforts by the United States, Israel, Western European donor states, and Arab states to strengthen such Palestinian political forces.

Efforts to reform the Palestinian Authority are crucial, which means that donors should insist on financial rectitude before dispensing funds. They must use this moment to help rebuild Palestinian politics in the West Bank, so that the hold of Abbas and his Fatah cronies is broken and other voices have a chance.

The coming outpouring of funds (from Qatar, the EU, and the United States) to rebuild damaged sites in Gaza presents an important opportunity to apply this approach. Donors — Arab and Western — should support projects that directly help the populace, without the political elites in the West Bank or Gaza skimming the cream or Hamas diverting supplies. Donors must also insist that the long cooperation between UNRWA and Hamas in Gaza come to an end, and must use their funds to support people and NGOs that show some independence from Hamas. Otherwise, they will be helping rebuild Hamas rather than Gaza.

It should be clear that the policies followed for most of the last several decades, empowering political elites who damaged the chances for peace, have not worked and will not work.

It should be a preoccupation of Israelis — and of Americans and other outsiders who seek peace and stability — to focus on Palestinian politics and see what can legitimately be done to encourage and empower those acting responsibly. Sounds obvious, but that has only occasionally been the real effect of all the speeches, money, programs, and diplomacy directed at the Middle East.

What will certainly not work is the kind of incantation in which President Biden indulged on May 21 when he said Mahmoud Abbas is the leader of the Palestinian people. Having evaded elections since 2006, now in the 17th year of his four-year term, now age 86, and with a strong majority of Palestinians wishing he would leave office, Mahmoud Abbas cannot lead Palestinians anywhere and cannot defeat Hamas.

Elliott Abrams is Senior Fellow for Middle Eastern Studies at the Council on Foreign Relations. He was an assistant secretary of state under Ronald Reagan and served as deputy assistant to the president and deputy national security advisor to George W. Bush, supervising U.S. policy in the Middle East for the White House. He served as Special Representative for Iran and Venezuela in the administration of Donald Trump.