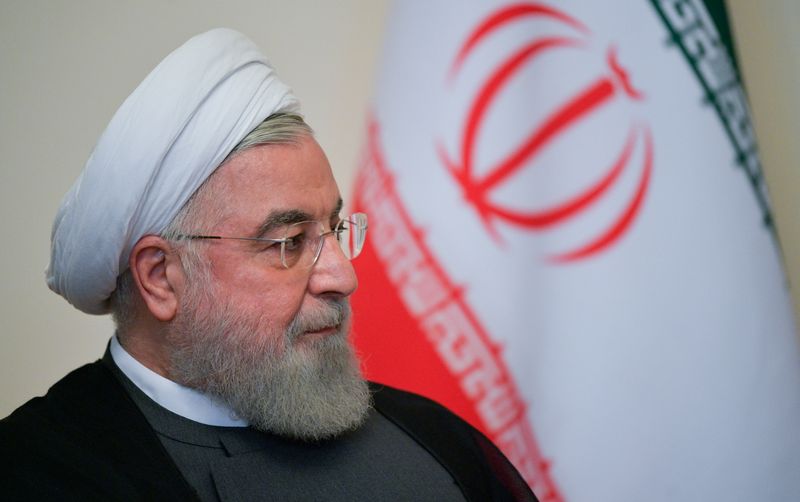 DUBAI (Reuters) – President Hassan Rouhani apologised to Iranians on Tuesday over massive power outages during a heatwave that have drawn widespread criticism and triggered street protests.

“I apologise to our dear people who have faced problems and suffering in the past few days and I urge them to cooperate (by curbing power use). People complain about power outages and they are right,” Rouhani said in remarks carried by state TV.

“The Energy Ministry is not at fault… but the minister should come and explain to the people what the problem is and we have to find a solution.”

Angry residents gathered in several cities to protest against the outages, which often did not follow blackout schedules announced by the state-run electricity companies, according to Iranian news outlets and postings on social media.

Protests turned political is some areas, with people chanting “Death to the dictator” and “Death to (Supreme Leader Ayatollah Ali) Khamenei” and other slogans during blackouts, according to videos posted on social media.

Reuters could not independently verify the videos’ authenticity.

“Protesters said the frequent power outages had caused many problems, including water cuts in apartments, spoilage of meat and poultry and other items in refrigerators, and damage to household appliances,” the semi-official ISNA news agency reported from the northeastern town of Kordkuy.